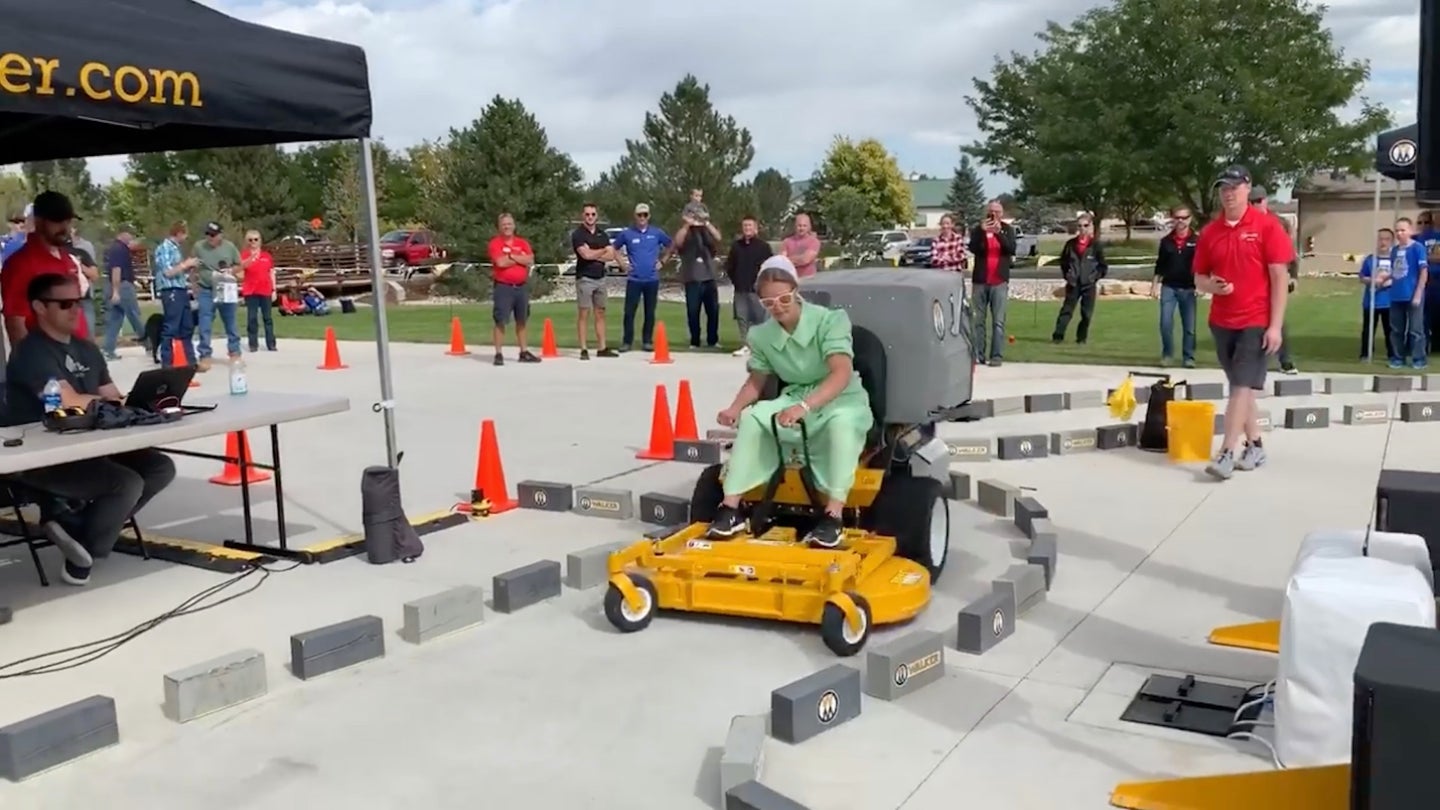 King of the Hill may have been a deadpan satire of Texan culture, but it got one thing dead right about Americans: We like mowers. And with how much we like both perfectly manicured lawns and blue-collar access to racing, why, then, does America, not have a greater following for mower motorsport?

As footage of a Finnish Formula 1 driver wheeling a lawn tractor demonstrates, mower racing is one of the many fields in which the United States shamefully lags behind the rest of the first world. Fortunately for the pride of the U.S. of A., an even which we can only describe as mower gymkhana has surfaced courtesy of American manufacturer Walker Mowers.

This video depicts a 15-year-old Colorado girl by the name of Judy Hostetler maneuvering a Walker zero-turn mower through a closed course, presumably set up by the company to demonstrate its product's agility. (Zero-turn mowers, for those not in the know, can pivot on the spot and effectively have a turning radius of zero inches, hence the name). On her way, Hostetler snags several yellow rags we assume are required to complete the course.

And complete it she does, in style, setting what the mower-maker says is a women's course record of 39 seconds. Synchronization between the timing screen's and camera's frame rates mean we can't tell where she placed overall, but no matter—the racing talent is clearly there.

Coming In first place, though, was one Scott Miller, marking his second consecutive overall victory in what is apparently an annual event. It only took the Coloradoan 32 seconds to complete his record run, besting Hostetler's time by four seconds.

Regardless, someone should register a trademark on Lawnigan Racing, because we've got your star driver lineup right here.