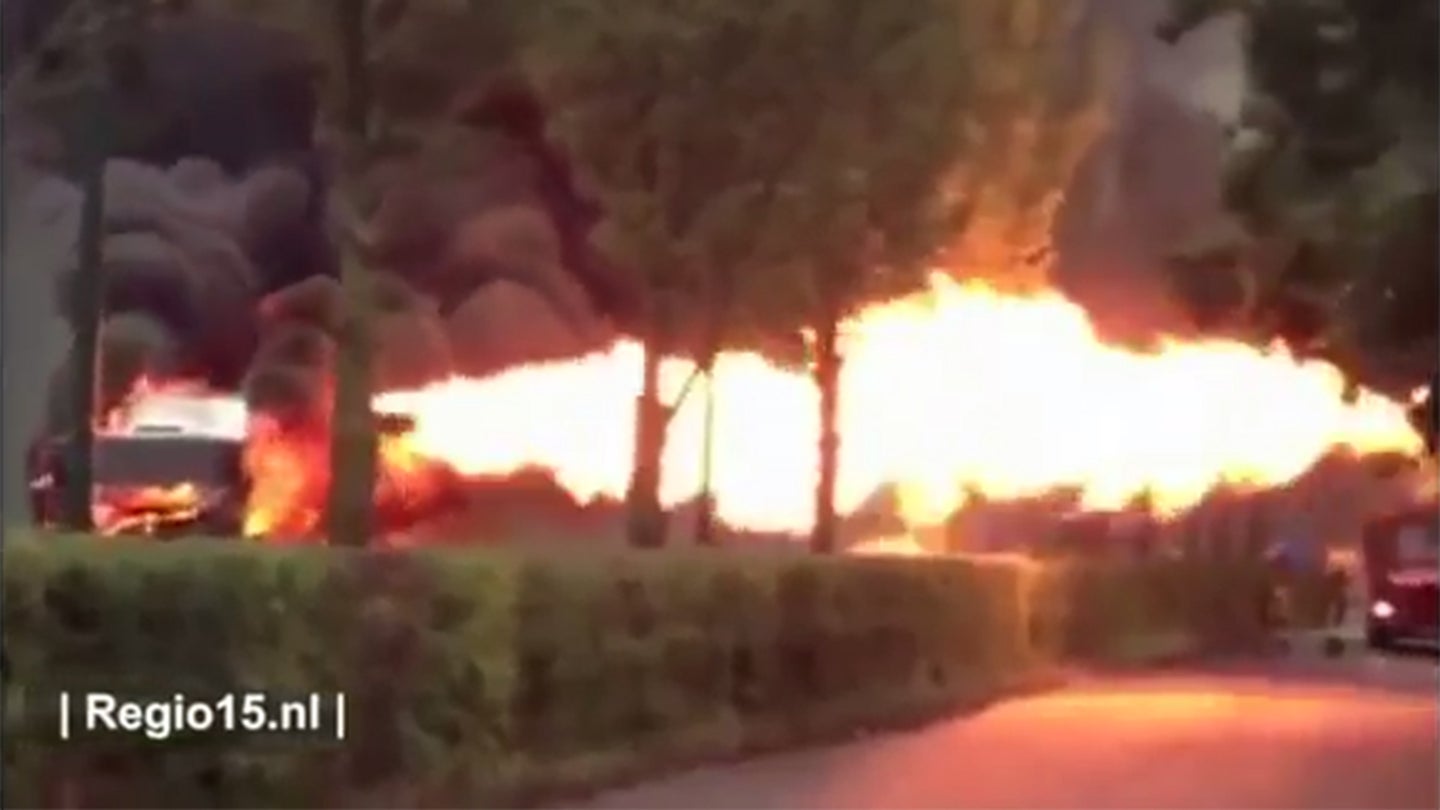 For the most part, every single vehicle on the road is powered by some form of chemical reaction that, if left unchecked, will possibly kill you. Traditional gas tanks ignite in crashes, battery fires are scary stuff, and as this video from the Netherlands shows, the explosive potential of a bus powered by compressed natural gas should not be underestimated.

The incident in question actually occurred back in 2012, but footage recently released by the Dutch Safety Board illustrates just how dangerous the situation was. The CNG-powered public bus was carrying passengers through the town of Wassenaar when the driver noticed smoke coming from the rear. He pulled over and realized the engine compartment was en fuego; when his handheld fire extinguisher failed to do the job, he evacuated the bus and called his supervisors.

Now, a fire on a bus is never a good thing. But it's especially concerning when the flames are licking the bottom of a set of roof-mounted, high-pressure natural gas storage tanks. As the conflagration spread through the interior and superstructure, the tanks heated up to the point of critical failure. Instead of exploding, though, the pressurized gas vented through several side-mounted blow-off valves, briefly turning the bus into a mobile flamethrower worthy of the War Boys themselves.

Fortunately, the bus had stopped in a relatively open area, so the sixty-foot flames only scorched the road surface and some roadside shrubbery. But as the exhaustive accident report compiled by local authorities points out, the story could have been very, very different had the bus ended up on a busy street corner lined with populated buildings. Presumably no one would be strolling past a bust that's completely engulfed in flames, but such an situation could easily spark a massive, multi-structure fire.

We're left wondering why exactly the engineers placed the blow-off valves facing sideways, but presumably they're more for over-pressurization incidents not involving such an intense fire directly impacting the tanks. Either way, makes you think twice about those eco-friendly, enthusiastic "CNG Powered" labels affixed to municipal trucks and buses worldwide.