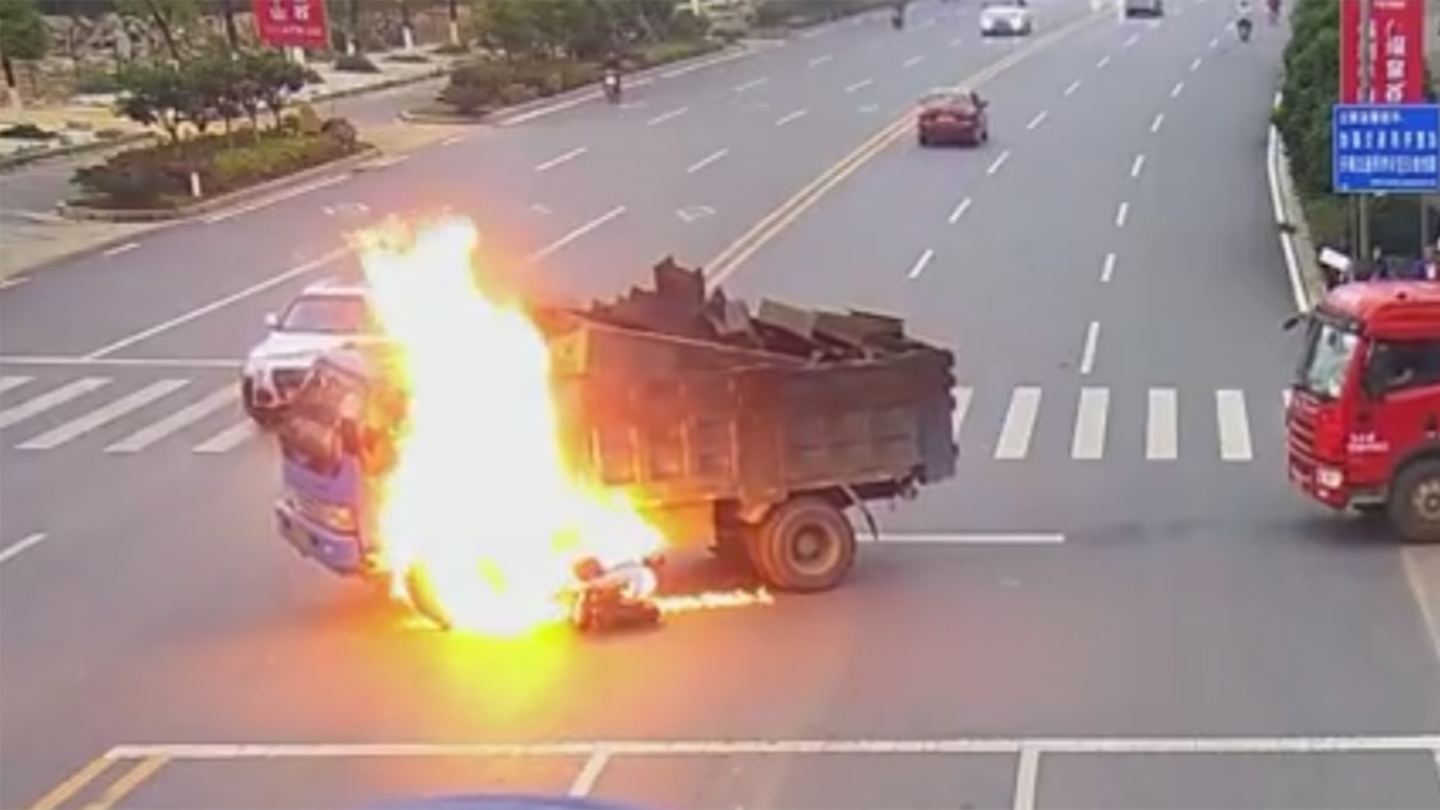 Most low-speed collisions are pretty unremarkable—a dented fender here, a bent bumper there, and generally nothing more than bruised egos all around. But for one unlucky motorcyclist in China this weekend, reality couldn't have been more different after he crashed into the side of a slow-moving dump truck, striking the fuel tank and setting off a huge explosion almost immediately. It's only thanks to the quick actions of the truck driver and other bystanders that he was able to survive with non-life-threatening injuries.

Captured on a surveillance camera, the video shows a blue dump truck slowly crossing a signal-less intersection while making a left turn. At first the driver appears to have found a gap in traffic to make his move, but our lone motorcyclist enters the frame from below and basically makes a beeline for truck's side-mounted fuel tank. He's not going all that fast, and it almost looks like he can't decide which way to veer around the truck—though his attempt at foot-braking suggests a slight skill deficit. Either way, the fire erupts less than second after the crash and quickly engulfs the side of the truck, the bike, and the motorcyclist himself.

The truck's occupants escape out the passenger side, and the motorcyclist shows off some impressive stop, drop, and roll technique to put out the flames. Bystanders, including the truck's driver, quickly run up and help drag the man to safety as the fire grows even bigger. It reportedly took 40 minutes to extinguish, and the motorcyclist was taken to a nearby hospital with non-life-threatening injuries.

"The first thing that came into my mind was rescuing the man. I did not care that my truck was burned. What I was thinking was trying to rescue that man first," the truck's driver told CCTV. And it's a good thing he did, because there's not much left of either vehicle: