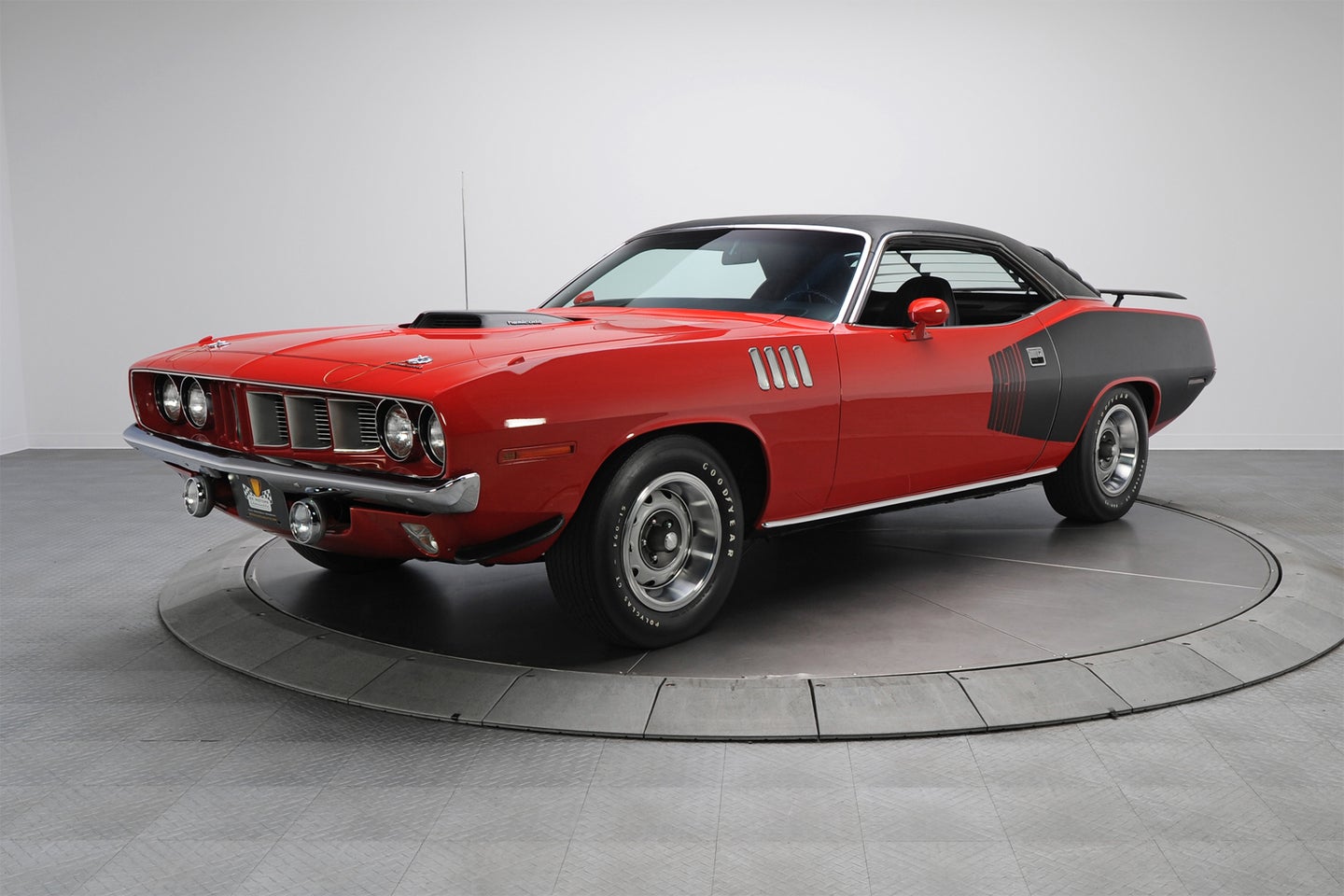 The Plymouth Barracuda is a symbol of 1970s America. It represented everything Chrysler was gunning for then, and has become a big-ticket collector's item 46 years later. The car seen here was purchased new for $5,291—a hefty price in 1971—and was loaded up with nearly every feature in the catalog. It's been owned by Zach Reynolds, heir to R.J. Reynolds Tobacco, and currently only has 2,010 miles on the odometer. The Hemi 'Cuda is now listed for sale at a "reduced price" of $1.3 million, down from its 2012 reserve of $2.5 million.

The car's spotless history is the biggest factor in its outrageous appraisal price. Though none go for cheap, this Barracuda is exceptionally clean, with lower miles than most, making it a prime example for collectors of automotive history. On top of its condition, it's correctly spec'd with every box ticked: 426 cubic-inch Hemi V8, three-speed TorqueFlite automatic transmission, 4.10 gears, vinyl top, rear spoiler, Hemi fenders, window louvres, and much more. RK Motors Charlotte claims it to be the "highest option Hemi 'Cuda known to exist."

An combination of style and power is what sold Americans on the Mopar. It had everything that consumers were looking for in a muscle car with drag racing credentials and unbeatable style, making it better than whatever your neighbor had in his driveway. It sports a fairly tame color guise, considering many of them were painted a bright green and even purple, but we like its subtlety. The decals pronounce the car's long hood and physique, making it a true representation of cool.

The sale includes every piece of literature and documentation that you could ask for in a million dollar vehicle. This includes purchasing papers, maintenance receipts, original owner's manuals, and the lot. We wouldn't expect anything less from a car with such a substantial asking price, but given this Plymouth's condition, it may just be worth it.

Find out more about the car on RK Motors Charlotte's website and let us know what you think of this one-of-a-kind relic.

Here’s What a $64 Million Supercar Photo Shoot Looks Like

McLarens and Porsches and Ferraris, oh my!

Every muscle car enthusiast has one defining experience. For Northern California’s John Cross, this is that car. Sometimes dreams do come true.