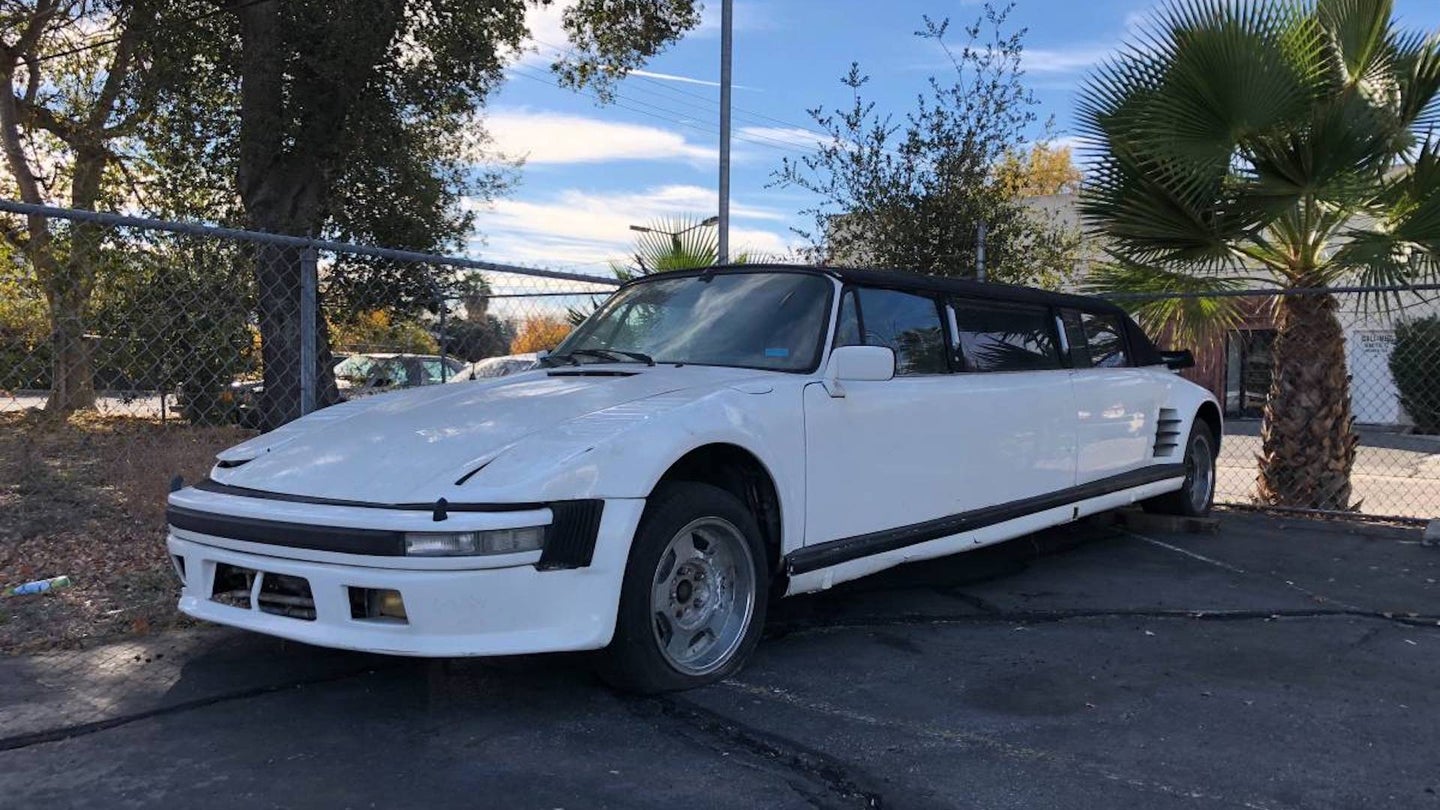 An old-school Porsche 911 Turbo (known also as a 930) has been converted into a limousine and is now for sale in California.

Surfacing in a Craigslist ad in late December or early January, the vehicle in question is a 1989 model from the final year of the 930's 15-year production run. It started out life as a 3.3-liter car with the "speedster" convertible roof option, and according to a Porsche 911 book (via forum post), was one of 600 such cars sold in the United States in 1989.

The car's outward appearance suggests it to be a 930 "Slantnose," a rare variant of the 930 sold by Porsche, which was inspired by the 935 race car. Only 948 were officially built, making them desirable among Porsche collectors. But this isn't an authentic Slantnose according to the ad, which admits the front end to be an aftermarket conversion, though it is allegedly one performed with authentic Porsche parts.

For reasons unknown, the conversion seemingly wasn't completed, and the car is said to be sold without its 3.3-liter, twin-turbo flat six, along with its associated transmission—a four- or five-speed manual depending on trim level.

Of concern to any buyer should be the vehicle's safety. Owing to their length, stretch limousines of any age have questionable chassis rigidity, made worse in this Porsche's case by its lack of a roof which is often integral to a car's torsional strength. Older vehicles or their conversions thereof are especially worrisome, as a worn-out vehicle was the cause of the 2018 limo crash that killed 20.

While it may or may not be safe for transporting bachelor(ette) parties, this stretched 930 may still have a future as a demolition derby entry, or as a race car in a junker series such as the 24 Hours of Lemons. Both would require a ponderous roll cage, but there have been worse vehicles that have competed in each.

The premium seat builder has been intertwined with the Porsche brand since the first VW Beetle prototype in 1938.