Upgrading to a slightly bigger motorcycle engine results in a 117 percent horsepower increase. 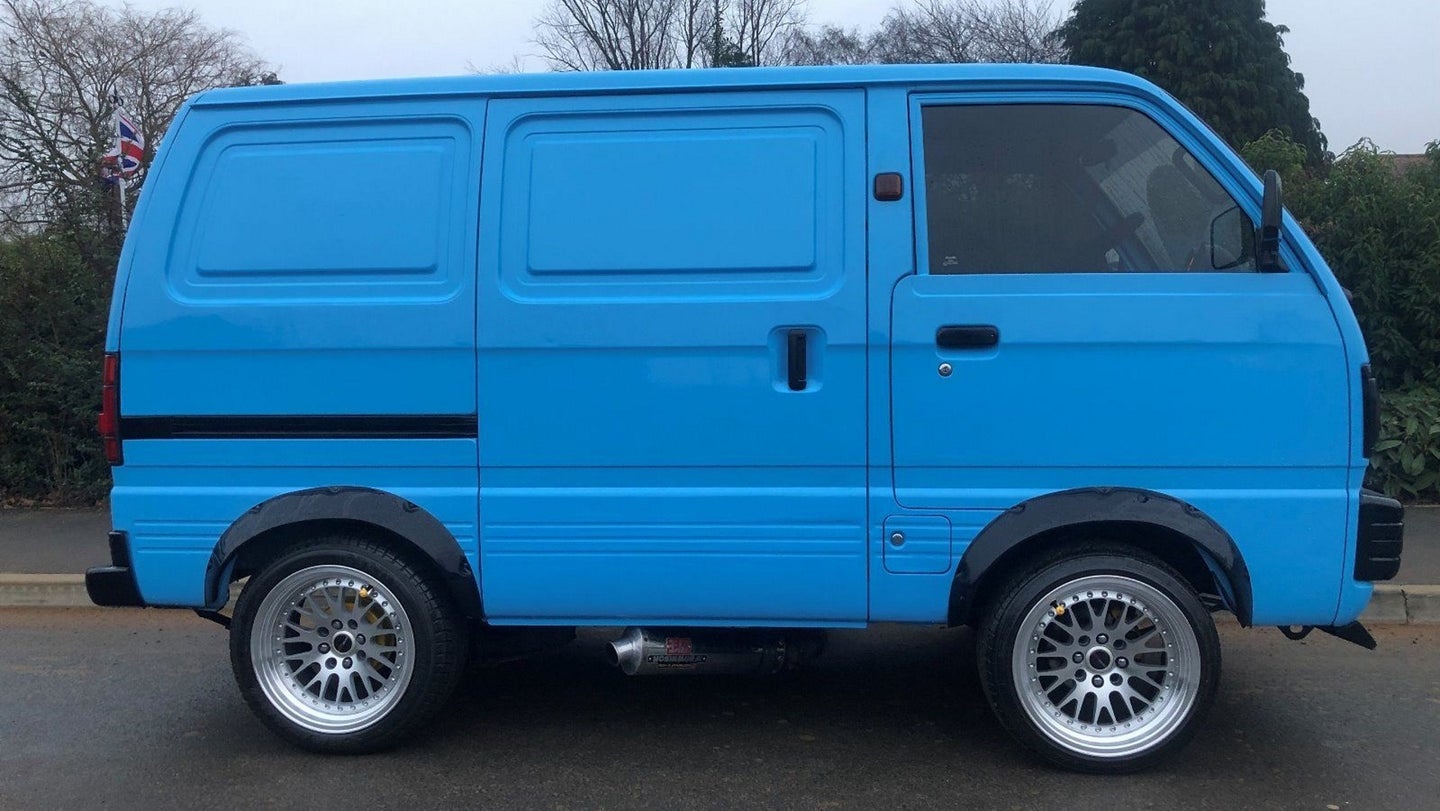 What do you get when you cross a goofy little van with a high-revving motorcycle engine? Apparently, this lovely creation that’s popped up on eBay in Northampton, UK. It’s a 1991 Suzuki Carry kei van that’s had a rather interesting heart transplant. In place of its old 1.0-liter inline-four, this van is powered by a 1255cc four-cylinder sourced from a 2010 Suzuki GSX1250F with a Yoshimura exhaust hanging off of it. As of this writing, the van is at 12 bids with the highest offer at £4,000.00 (a little over $5,000), though the reserve hasn't yet been met.

Those four-bangers might be similar in size, but this is a serious performance upgrade. This Super Carry originally made 46 horsepower and 52 pound-feet of torque, but now thanks to its new motorcycle engine, it touts 100 hp and 79 pound-feet of twist. Although 100 hp isn’t all that much for a van, it’s a 117 percent increase in horsepower over the stock engine. 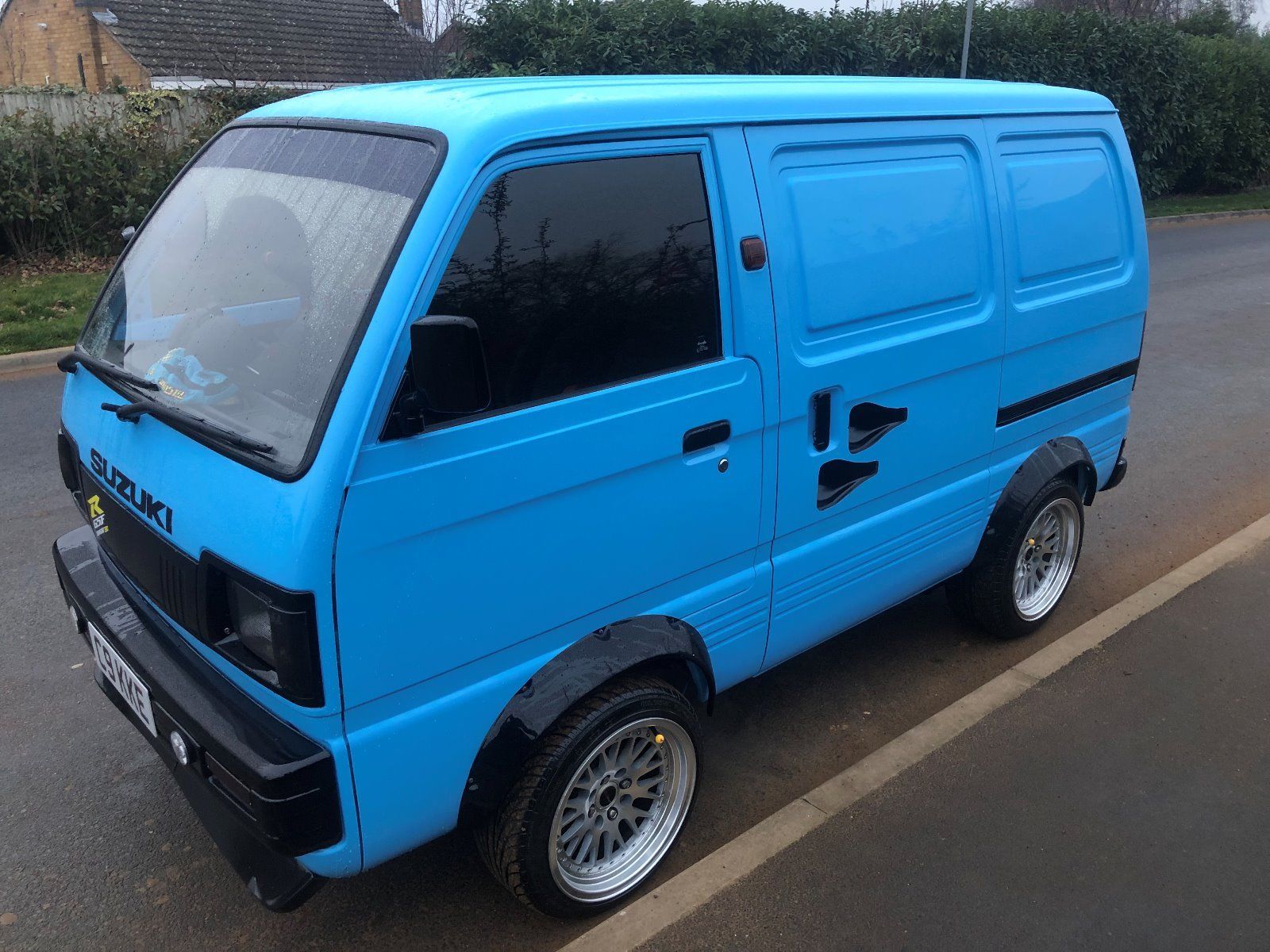 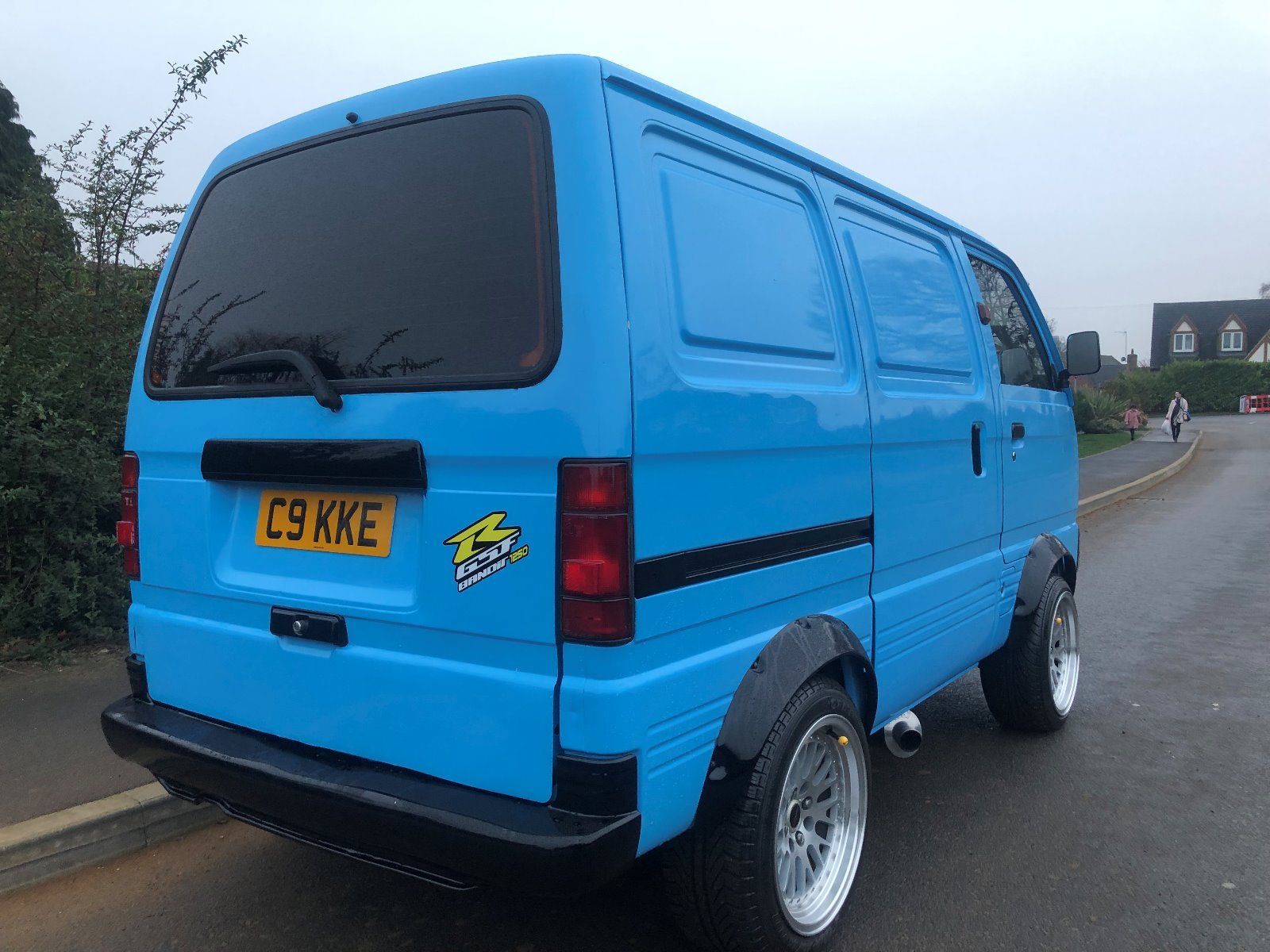 The donor for this unconventional van is a bit of an oddity itself. The GSX1250F was a short-lived, full-fairing version of the mostly-naked Suzuki Bandit standard bike. So the engine isn’t from a Suzuki Bandit, but for all intents and purposes, it’s a Bandit engine.

Not only does this van have a Bandit engine, but it also has the six-speed sequential transmission, wiring harness, instruments, and even fuel tank from a GSX1250F. 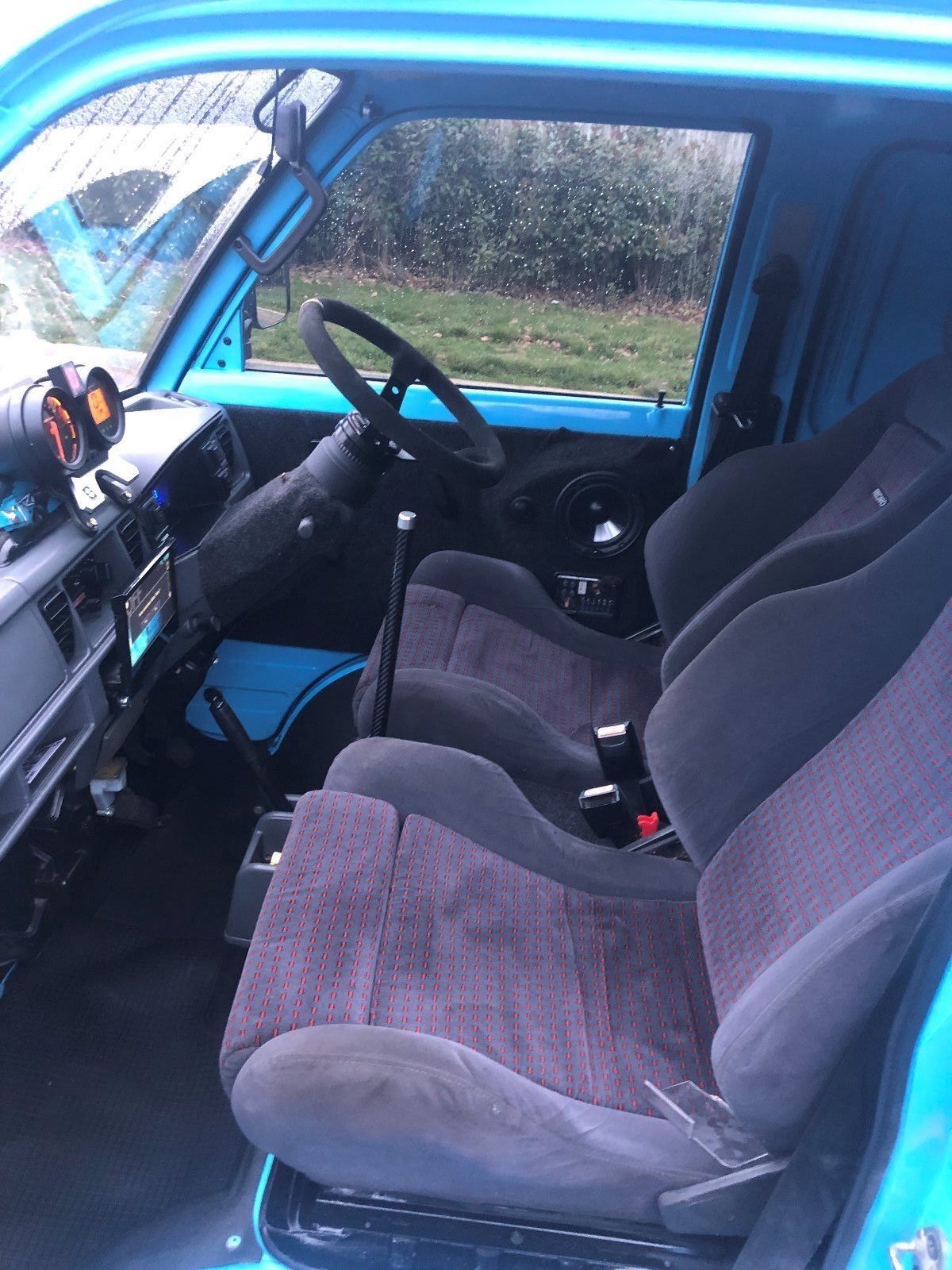 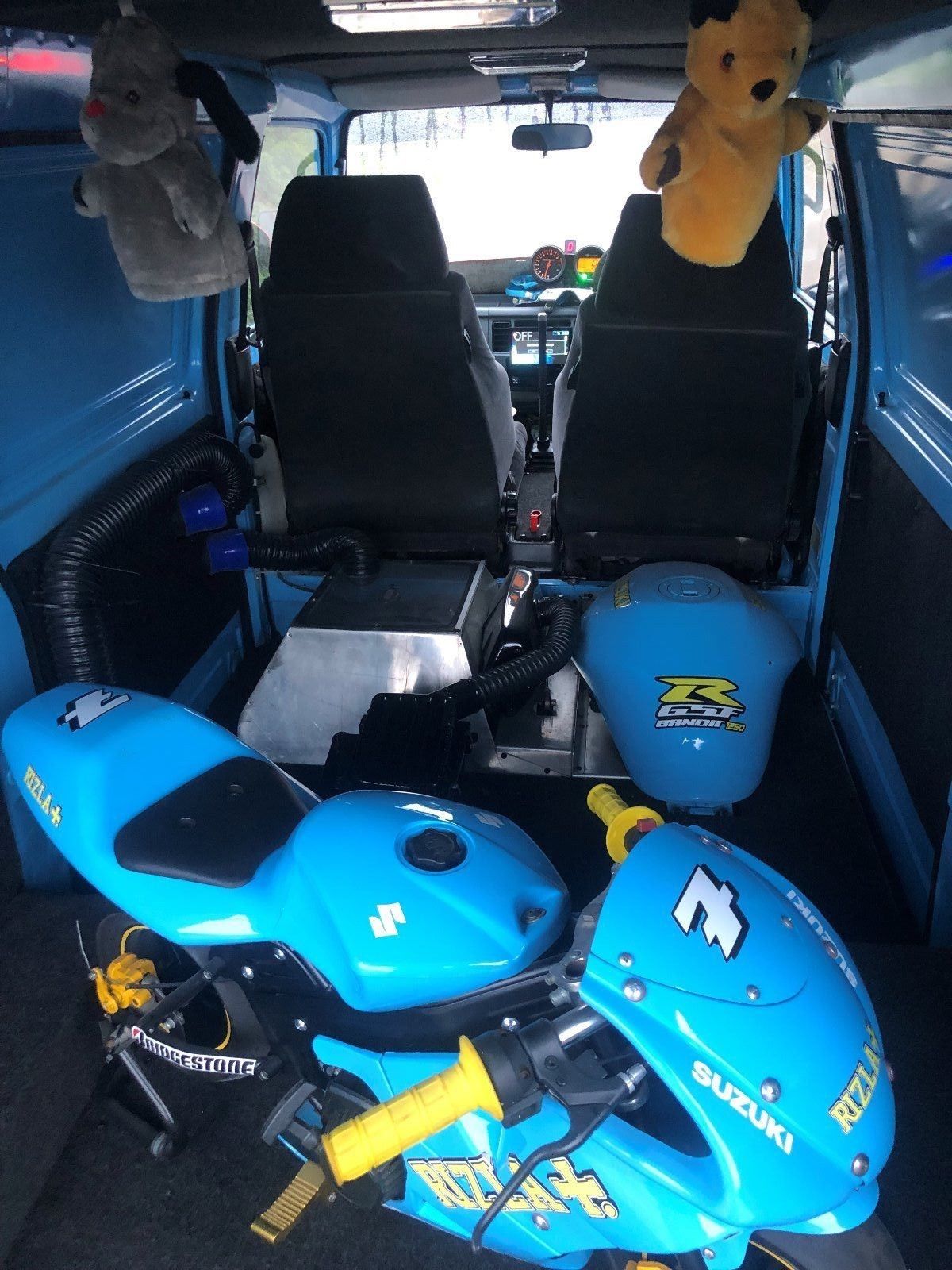 As you might expect by looking at this thing, there are a few comfort and convenience issues that are worth addressing. For starters, it doesn’t have reverse, but the owner is throwing in a ring gear for the driveshaft and a reduction starter motor to make reverse possible. Also, the Escort RS Turbo seats you see on the inside are bolted to the floor and cannot be adjusted.

But, this little hot rod isn’t exactly made for comfort. It’s made to stand out while going faster than it was ever meant to and it promises to serve those two purposes very well.