Everything you need to become your own private investigator. 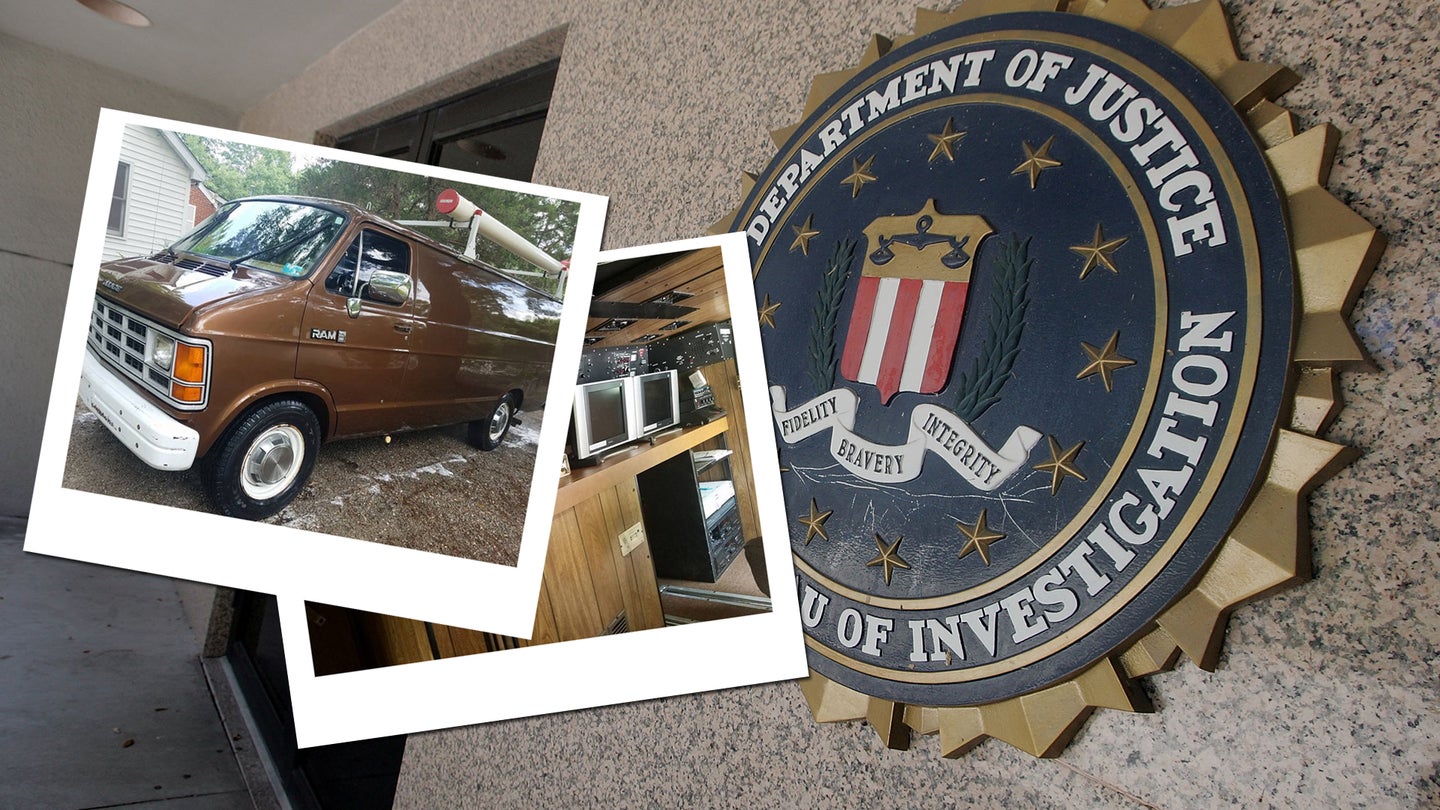 Remember those mob movies where the FBI agents sit in a van, glued to a headset all night before busting down the door and nabbing the bad guys thanks to the evidence recorded by the agents in the van? You can't exactly do that, but you can at least pretend to if you become the proud owner of this retired FBI surveillance van currently for sale on eBay.

The vehicle is a 1989 Dodge Ram 350 in a shade of brown that is...less than appealing. The seller claims to have proof of purchasing it from a government auction, specifically stating that it comes from a retired drug surveillance unit of the FBI. Every receipt, manual, and work order is included from the day the van left the dealer and made its way to the local FBI headquarters that it called home for nearly 28 years. (It probably wasn't used to incriminate the Volkswagen executive arrested earlier this year.) The kicker? It only has 23,597 miles. That's only about 840 miles per year—much less than the national average of 13,476 annual miles.

Let's talk about what goodies this van has that makes it oh-so-special. The first thing to notice is that the van has a pair of Sharp LCD screens sitting on the bench. This means that the van was in use at least through the mid-90s when these started to become commercially available. There are a plethora of digital sound mixers and other equipment that was likely top-of-the-line in its day, and a large cable headed to the roof. Presumably, this leads to an array of antennas enclosed in the large PVC plumber's tube on the top of the van. Here's what the seller mentions is in the rear of the van:

In case photos don't do it justice, maybe a YouTube video will shows a more in-depth look into how these vans conceal their hidden secrets.

Interested in picking it up? At the time of this writing, it can be yours for $10,100—but four days are left on the bidding, so this could change. Given that everything is still complete and (most importantly) functional, this low-mileage example of crime fighting history might be the perfect addition for a collector or museum. You can check out the eBay auction here.

Police departments in the counties of Dorset, Cornwall, and Devon have been using drones to track reckless bikers, and more agencies might follow suit.