eBay Find: Hat That Might Have Been Worn by Dale Earnhardt for $3 Million 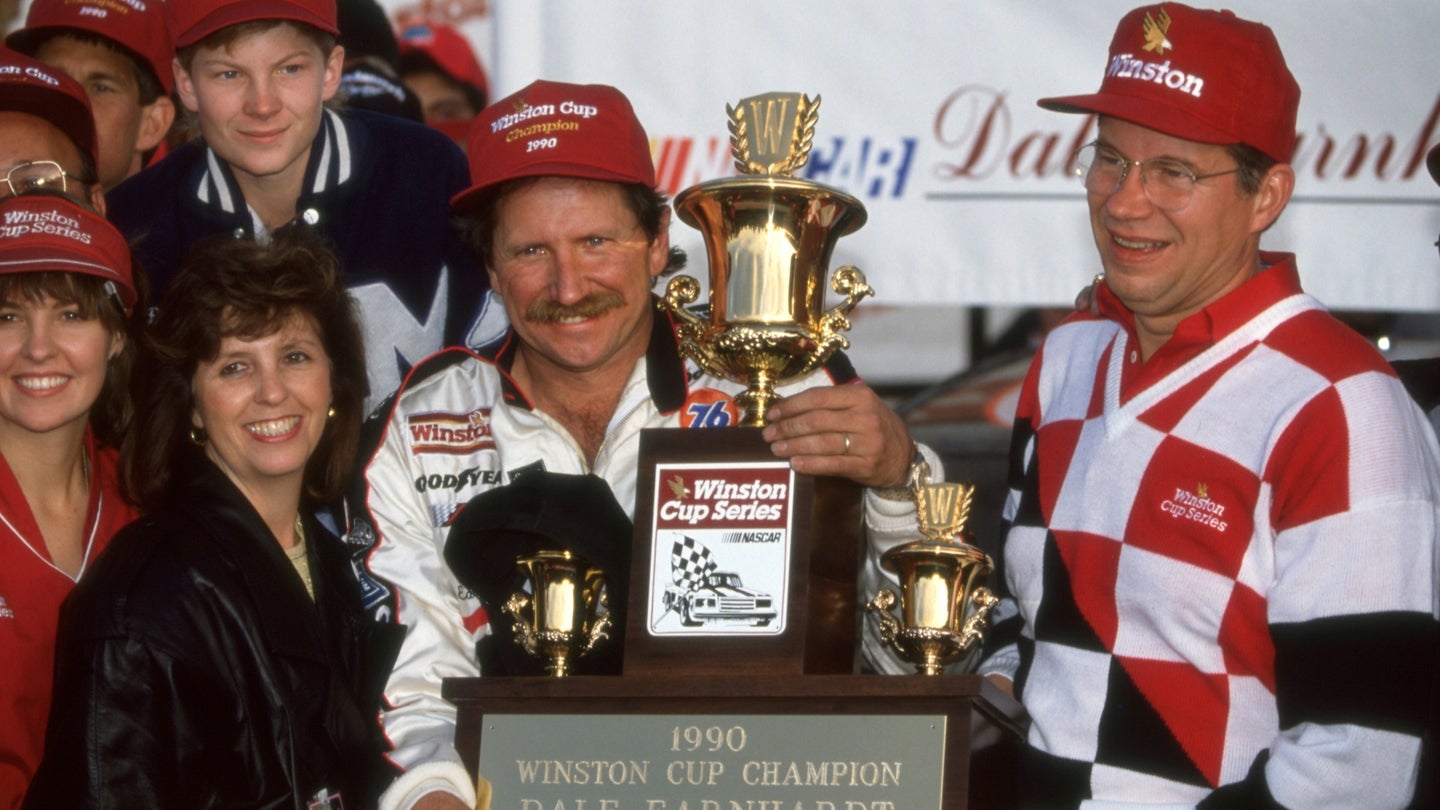 The 1990 NASCAR Winston Cup series ended in legendary driver Dale Earnhardt coming in third place at the Atlanta Journal 500 which was enough to secure his fourth championship, 26 points ahead of Mark Martin who was controversially penalized early in the season.

The Intimidator was not only rewarded with the Winston Cup, but with a cool red hat that that said “Winston Cup Champion 1990” along with the golden eagle Winston logo. However, as you can see in the image above, Dale wasn’t the only one who got a hat. You can even see a teenage Dale Jr. wearing one and a few other people behind him.

One of these hats just popped up on eBay and seller rwhinc (who has 100% positive feedback) is asking for $3 million or best offer plus $7.00 for shipping and handling. The seller doesn’t offer much information about the item. The title of the auction is “Nascar 1990 Winston Cup Champion Hat From Dale Earnhardt Sr Amazing Run Rare” and the entire description is as follows: “This is a Winston Cup Champion hat from Dale Earnhardt's 1990 amazing run!”

So it’s almost definitely from Dale Earnhardt’s 1990 championship run and it likely is pretty rare, but was this Dale Earnhardt’s hat? The fact that the listing doesn’t specify makes us assume that it either isn’t or the seller doesn’t know. According to Fox News, the seller got the hat in a charity auction and decided to list it on eBay “for fun.”

If it was really Dale Earnhardt’s hat, why wouldn’t the description clarify that? If it wasn’t, then how on earth is it worth $3 million? Even if it was, we doubt it’s worth that much. One of Ayrton Senna’s helmets just sold at auction and only netted $67,446.

Dale Earnhardt may have been one of the finest and most influential drivers in NASCAR history, but we can’t imagine his hat being anywhere near that valuable. And if it’s not Dale’s hat, then you can probably find a pretty similar '90s NASCAR hat at a local thrift shop for much less than $3 million.