Following Force India’s legal kerfuffle, it’s unclear whether the team will compete in this weekend’s race. 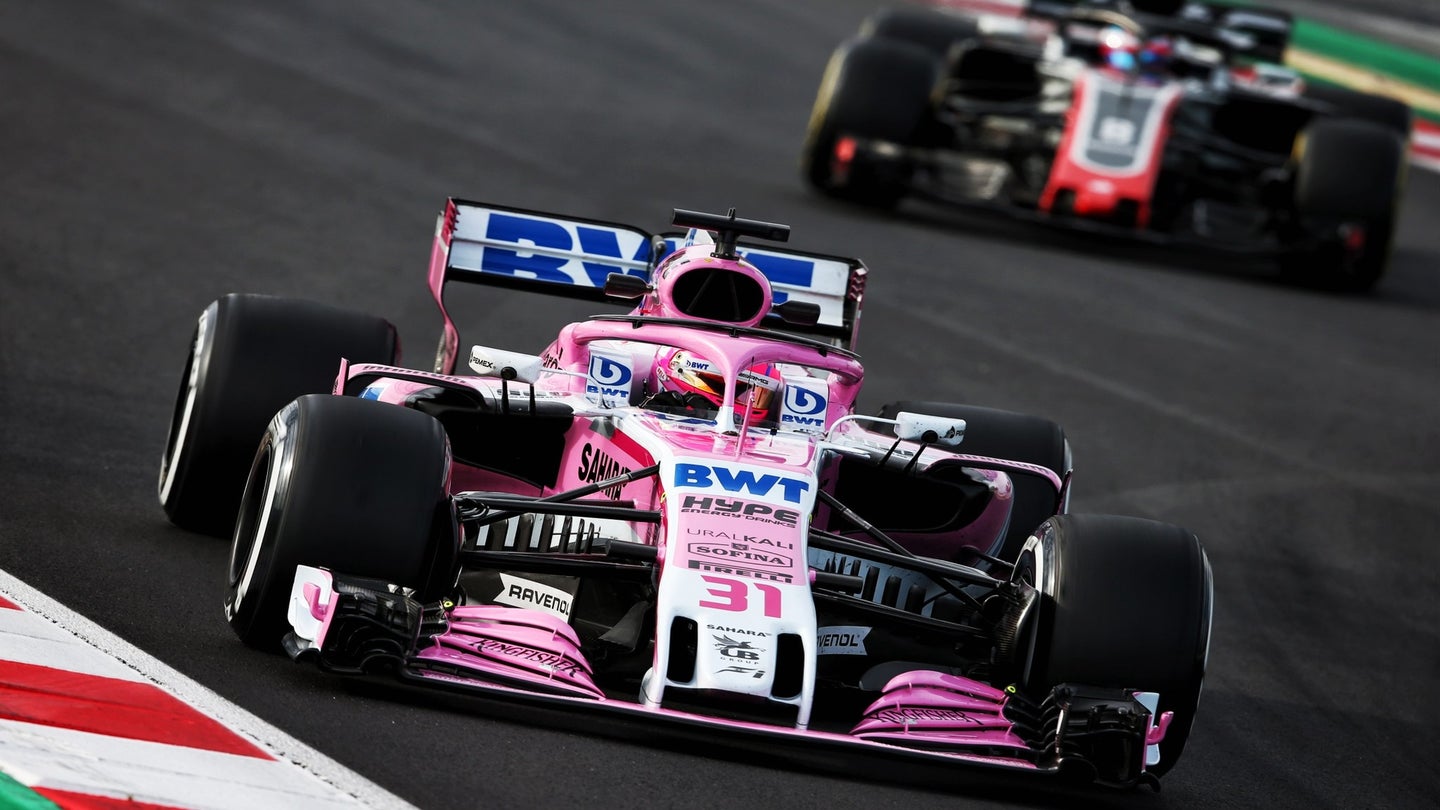 Two weeks ago, Sahara Force India F1 Team changed hands with Lawrence Stroll and other financiers anchoring the team's future. Unfortunately for Force India, new information suggests that despite surviving administration and dodging insolvency, the team may be unable to race the Belgian Grand Prix due to legal ramifications of how the team escaped dissolution.

According to Race Fans, the team buyout by Lawrence Stroll and his associates primarily concerned the team's assets—the cars, equipment, land—and not the legal entity that is Force India Formula One Team Limited, which owns the race entry. This technically means that neither the existing Force India team nor its legal entity can race as they are, the former having equipment and staff but no race entry, and the latter the opposite problem.

Force India's immediate ability to race is not the only concern associated with divorcing the team's assets from its legal entity. Should the two remain separate, the bought-out race team will not be eligible for prize money at the end of the season without unanimous agreement from all nine other teams, three of which are reportedly not on board.

In order to race in Belgium, Force India would need to reenter as a new legal entity, and going by the team's hasty redecoration of its trucks, it may be attempting just that. Force India has removed as many references to title sponsor "Sahara" as possible, even scrubbing the name from its social media accounts, suggesting the two are now unaffiliated. The Drive has reached out to Force India for clarification on its status and plans for the Belgian Grand Prix, and we will update when we hear back.

The Pole’s rally crash left him with limited use of his right arm, but he adapted, and now drives southpaw like an ace.