Ferrari starts the second half of the season with a bang, and its momentum may carry for the remainder of 2018. 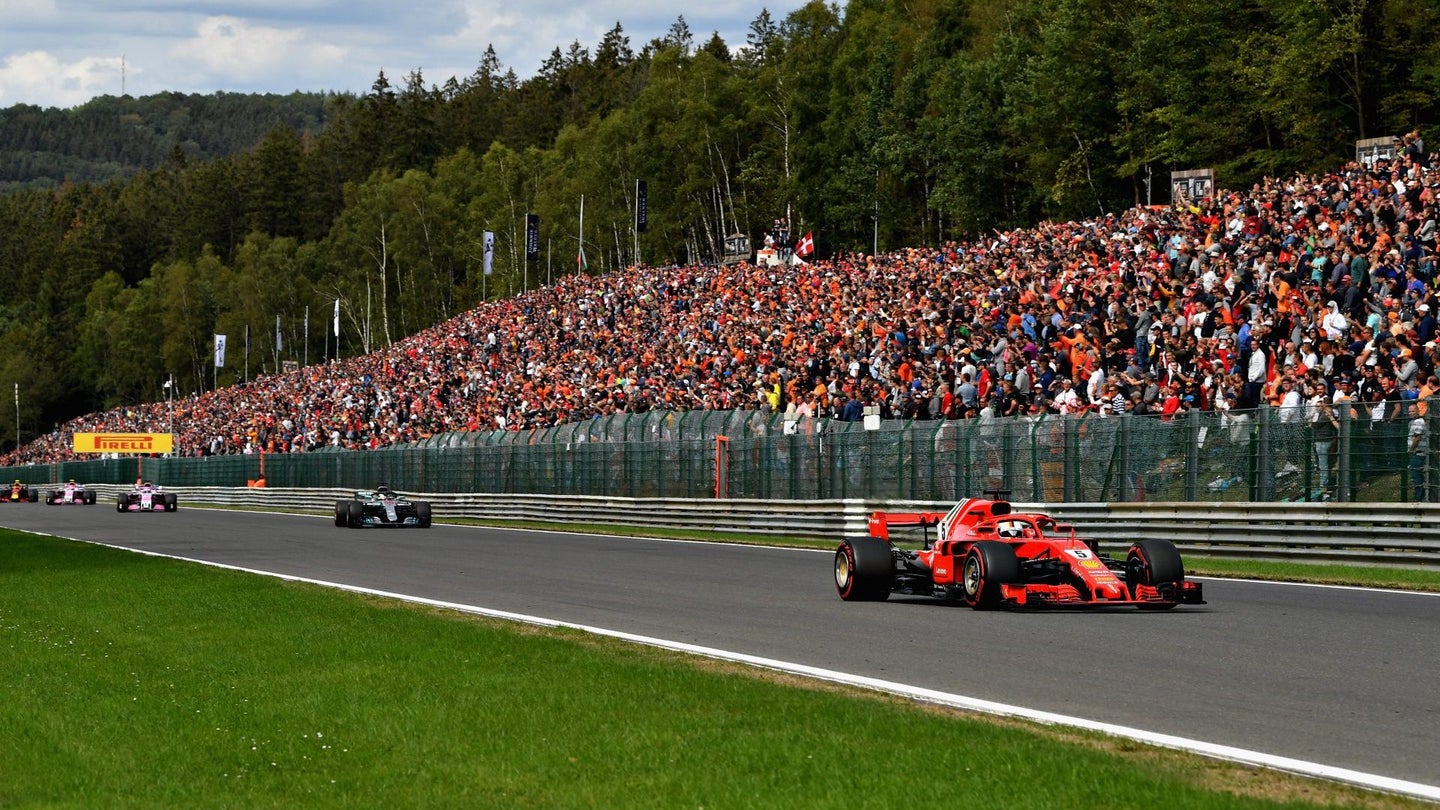 Ferrari's Sebastian Vettel climbed to the top step of the podium at the 2018 Formula 1 Belgian Grand Prix at Spa Francorchamps, with Mercedes-AMG's Lewis Hamilton and Red Bull's Max Verstappen following the German in second and third place.

Frontrunners enjoyed a peaceful start to the Grand Prix, with Lewis Hamilton, Sebastian Vettel, and the two Force Indias of Perez and Ocon squeezing through the first corner without issue. Daniel Ricciardo and Kimi Räikkönen made contact, puncturing the Ferrari's right rear tire, and crunching both of the Red Bull's wings. Nico Hülkenberg missed his braking point and slammed into the back of Fernando Alonso's McLaren, sending him as a passenger over top of Sauber's Charles Leclerc, whose halo saved him from head injury.

Vettel managed to use his Ferrari's engine advantage to barge past Hamilton on the Kemmel straight before the safety car was deployed, freezing the race. Räikkönen, Stoffel Vandoorne, and Valtteri Bottas ducked into the pits for medium tires, Bottas also for a front wing, having destroyed his on the back of Sergey Sirotkin's Williams FW41. When the safety car yielded the lead on lap four, Vettel didn't, immediately building a multi-second gap to Hamilton. Räikkönen retired four laps later, his damage too consequential to continue racing.

Hamilton attempted an undercut, stopping for soft tires after 22 laps, to which Ferrari instantly responded. Slowed by Max Verstappen at first, Hamilton watched Vettel rejoin the track still two seconds ahead, and despite using DRS to squirt by his Dutch opponent, Vettel remained in the lead, and would for the remainder of the Grand Prix. Hamilton and Verstappen rounded off the podium, and Bottas recovered to fourth after starting near the back. Both Force Indias slipped down from their astonishing starting positions of third and fourth, but took home a superb points haul after wrapping up their day in fifth and sixth place.

Vettel, who was voted Driver of the Day, now trails Hamilton by only 17 points in the drivers' championship as they head to Monza for the Italian Grand Prix on Sept. 2.