The Finn rewrote Juan Pablo Montoya’s record for the fastest lap in Formula 1 history, averaging 163.785 miles per hour at Monza. 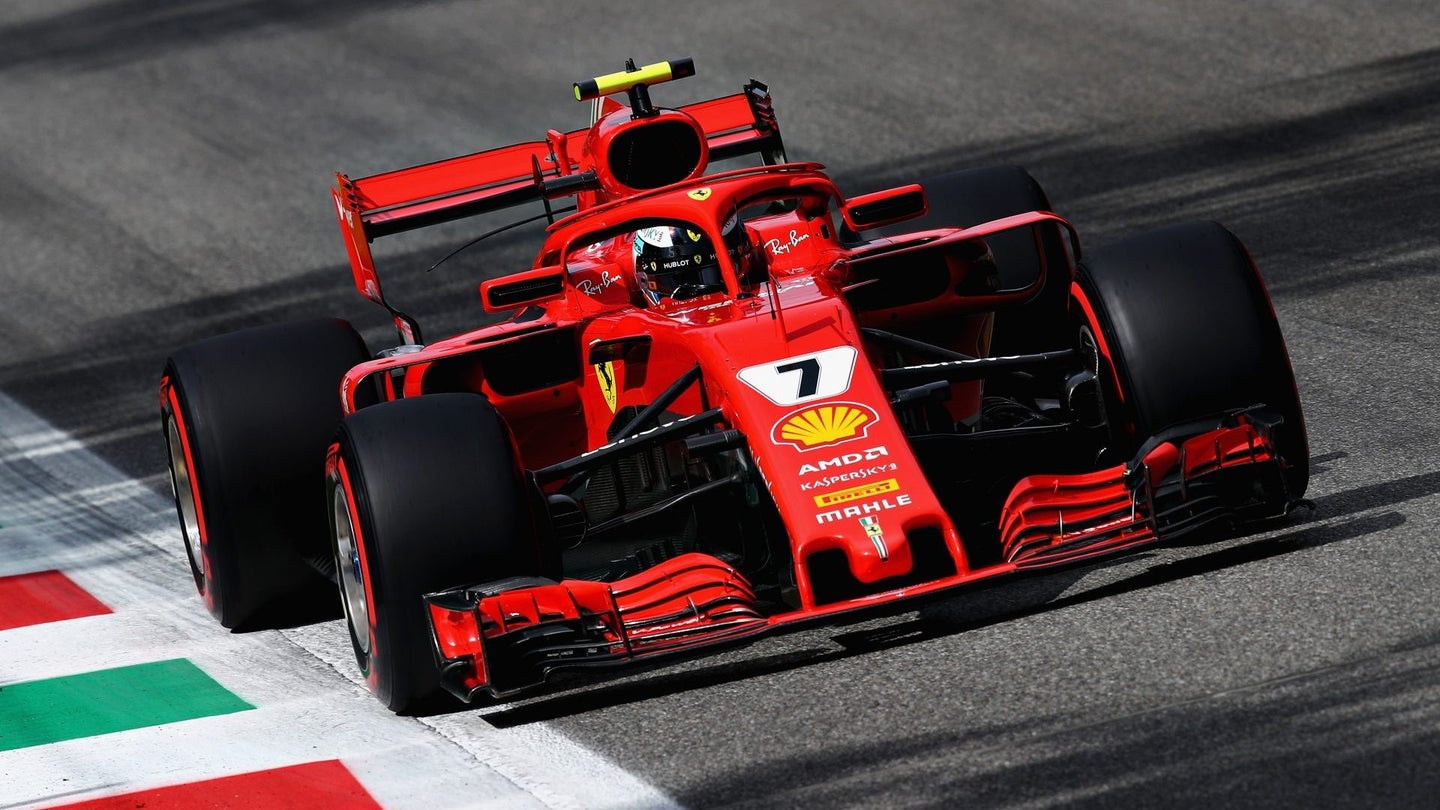 Rain threatened but didn't fall at Autodromo Nazionale Monza in qualifying for the Italian Grand Prix, much to the relief of the Tifosi hordes filling the grandstands. There may have been some drops falling in the Force India garage, though—Sergio Perez was knocked out in Q1 despite a strong performance all weekend, his early-set lap not fast enough to ease him into Q2.

Despite making the Q2 cut, two drivers—Daniel Ricciardo and his future teammate Nico Hülkenberg—didn't set times because of grid penalties for new engines. Ricciardo took Renault's new Spec-C engine, and Hülkneberg a new Spec-B, adding on to his penalty for the accident he caused at the Belgian Grand Prix. Fernando Alonso and Kevin Magnussen squabbled in the first corner of their last laps of Q2, ruining both their laps and arguably blocking the latter from making Q3, allowing Williams driver Lance Stroll to squeeze through for the team's first final-round appearance of the season.

Q3's first round of laps ended with Lewis Hamilton on provisional pole, but small mistakes by Ferrari ace Sebastian Vettel meant another pole contest was imminent, and with just enough time for one more lap, both Mercedes and Ferraris marched back out for one more shot at pole, Valtteri Bottas leading Hamilton, Vettel and lastly Kimi Räikkönen. Bottas improved enough to push Red Bull Racing's Max Verstappen back out of the top four, and Hamilton shaved a few hundredths from his time, but Vettel dropped almost two-tenths, climbing to provisional pole.

Vettel stepped down just seconds later, when Räikkönen crossed the line with a 1:19.119, more than a tenth up on Vettel. With his lap, Räikkönen rewrote both the Monza track and overall record for the fastest lap in Formula 1 history previously held by Juan Pablo Montoya, the Finn averaging 163.785 miles per hour (263.587 kph) throughout his lap. It's his first pole since Monaco 2017, his second of the decade, and his first Monza pole since 2006, also making him the oldest pole sitter in Formula 1 since Nigel Mansell took P1 at the 1994 Australian Grand Prix.

Full qualifying results can be found below. Note that Ricciardo, Hülkenberg and Marcus Ericsson will receive grid penalties for engine changes, which will start the trio last, promoting all Q1 knockouts but Ericsson up two positions.