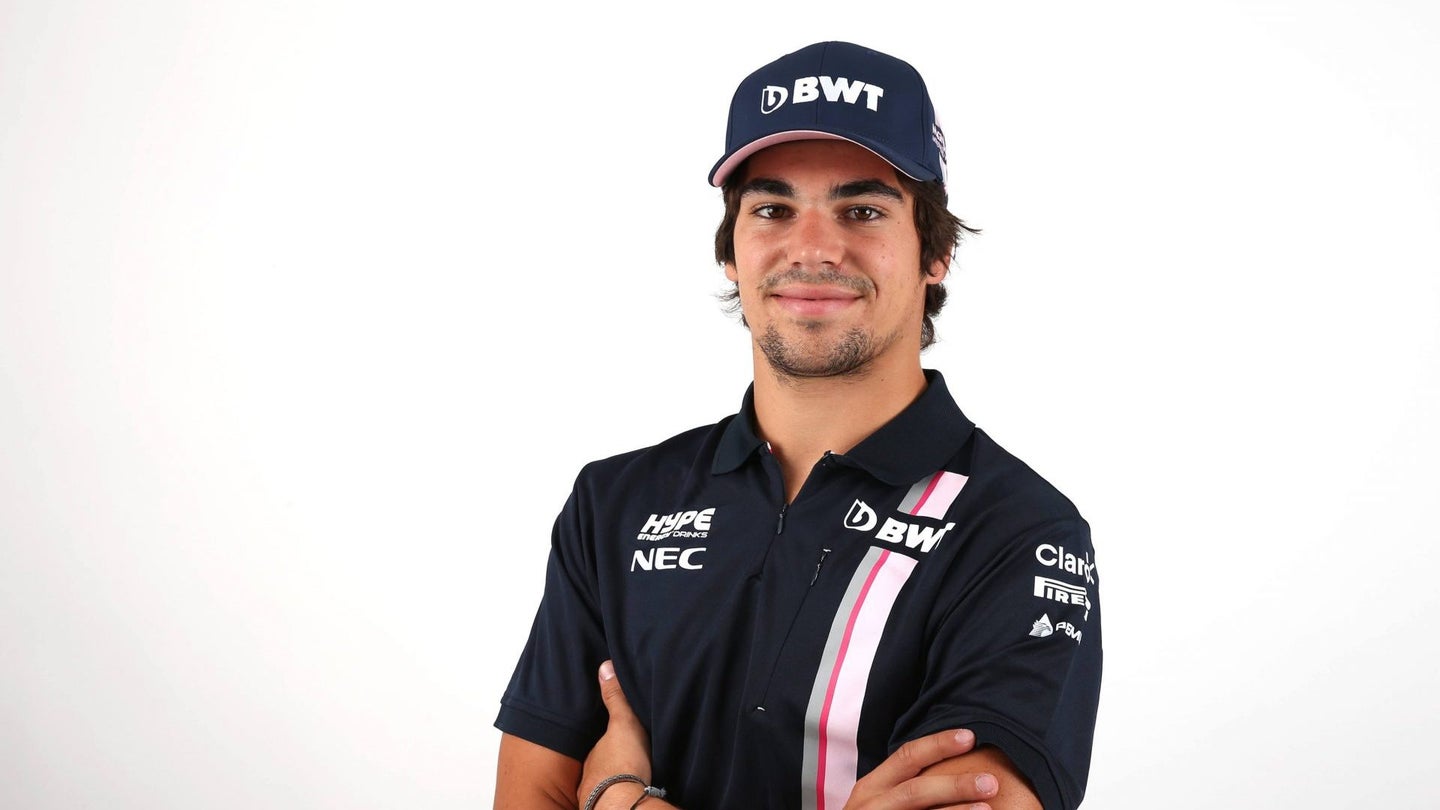 The team was put in a precarious financial position over the summer break between the Hungarian and Belgian Grands Prix when a creditor attempted to get its money from the indebted team. Team racing driver Sergio Perez reacted by filing a motion to put the team into administration, rather than forcing the insolvency the creditor sought, putting the team's assets on the market. Lance Stroll's father Lawrence, a fashion mogul and a consortium of financial partners, stepped up to buy the team's assets and the team reappeared not as Sahara Force India, but as Racing Point Force India in Belgium, successfully removing evidence of legally-embattled former team owner Vijay Mallya's involvement.

Perez's continued contract with the team was confirmed in October, and Stroll was assumed to be in the second seat, owing to the important role his father played in getting Stroll to F1. Stroll leapt Formula 2 entirely after winning the 2016 season of FIA Formula 3 Euro by a huge margin, and drove for Williams in 2017 with Felipe Massa, who retired at the end of the year, giving up his seat to Sergey Sirotkin. Stroll again drove for Williams in 2018, but the team announced its drivers to be Robert Kubica and George Russell by the end of the season, confirming Stroll's exodus and making near-certain his replacement of Esteban Ocon at Force India.

"This is the beginning of an incredibly exciting journey in my Formula One career," stated Stroll. "I look forward to working alongside a successful team with a great culture. It’s a new challenge and I am excited to embrace this new opportunity!"

"I'm pleased that we can finally confirm Lance's arrival to race alongside Sergio next year. It gives us an exciting line-up with the perfect blend of youth, talent, and experience," added team principal Otmar Szafnauer. "Lance is only twenty and already has two years of Formula One experience under his belt, as well as a podium finish and a front row start. We see huge potential in Lance and believe we can create an environment in which he can flourish."

"Our team has enjoyed great success nurturing and developing young and talented drivers, and we are very excited to begin our journey with Lance. I would also like to take the opportunity to thank Esteban Ocon for his contribution to the team over the last two seasons and wish him well for the future," Szafnauer concluded.

Despite holding the record for the youngest rookie to score a podium finish and youngest driver to start on the front row, Stroll's stock as a driver is doubted by many. He compared unfavorably to the near-retirement Massa in his rookie year and was out-qualified (albeit by a smaller margin) by Sirotkin in 2018. The Canadian has displayed flashes of brilliant driving per the above but struggles to wow consistently, though that may be down in part to the Williams FW41 being a well-established disaster of a car.

Stroll is on a "long-term deal," and the years following 2019 will be pivotal seasons for Stroll, as he will partner the venerable Perez, who is known for his consistency and friendliness to tires. Comparison to a known quantity may determine whether his F1 career will result in more upward movement or a fizzling-out against a stronger teammate at a midfield team. The falling green flag in Australia come 2019 will set the most important years of Stroll's career so far in motion.