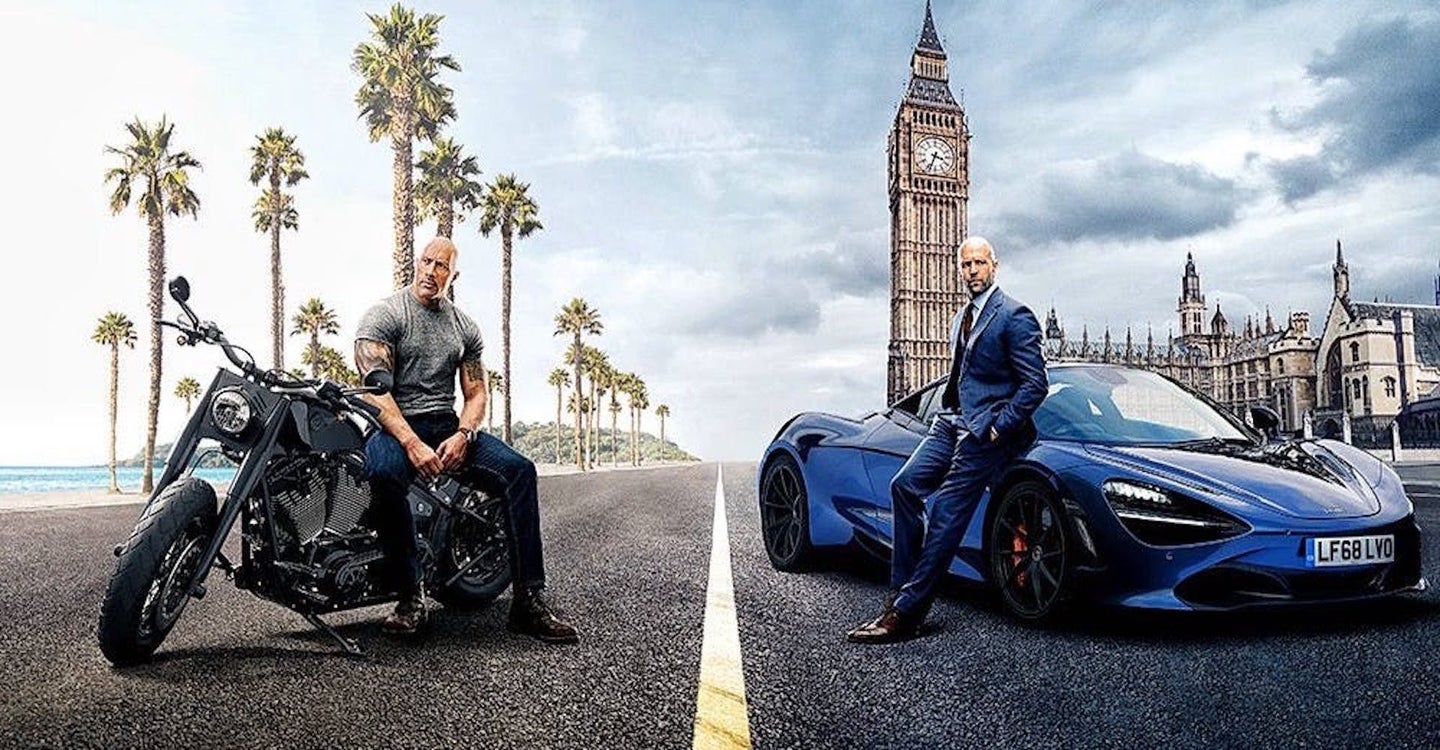 While the ninth Fast & Furious movie is still over a year away and won't likely feature Dwayne "The Rock" Johnson, the car-themed action franchise's Hobbs & Shaw spinoff will be out this summer and, as you may have gathered from the title, will include Johnson as former DSS agent and human wrecking ball Luke Hobbs.

The trailer dropped Friday and it's, um, really something. Without spoiling anything, those who think the series should go back to its humble, street racing roots should probably look away.

Yes, this the same franchise that started out with Honda Civic VCR heists and somewhat tyrannical L.A. gangbangers for antagonists. Get over it.

Hobbs & Shaw's titular heroes will be squaring off against a McLaren-driving literal superhuman, pulling off stunts that wouldn't look out of place in a Captain America movie. Played by Idris Elba, supervillain Brixton is—per Universal's provided synopsis—a "cyber-genetically enhanced anarchist who gains control of an insidious bio-threat that could alter humanity forever." We wouldn't be surprised if that exact phrase could be found verbatim somewhere in the archives of Marvel or DC.

Judging from the trailer, much of this movie's runtime will likely be devoted to humorous situations stemming from Hobbs and Shaw's supposedly contrasting personalities and work ethic. On top of a comic-worthy villain, Hobbs & Shaw looks like it'll contain all of the whimsy of a modern Marvel movie as well—and by Marvel movie we're talking Ragnarok, not Infinity War.

In case you weren't sold yet, Helen Mirren has been confirmed to return as Jason Statham's mother.

Fast & Furious Presents: Hobbs & Shaw will be in theaters Aug. 2.