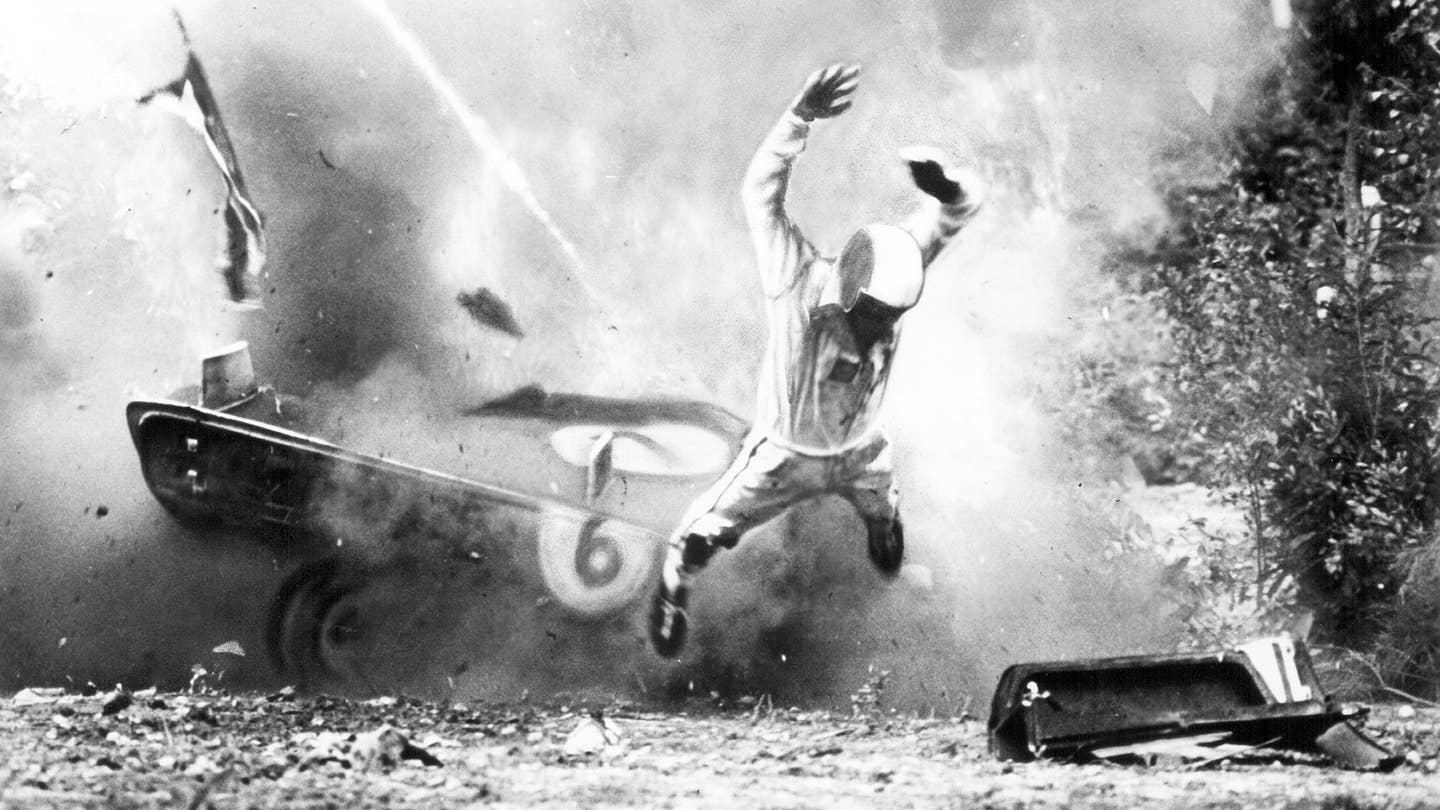 Full disclosure: Nothing tops a real racing driver. Ickx and Gurney and Andretti, the guys who put their lives on the line, they’re the real badasses. But we dig our imagined go-fast heroes, too. Here’s our top 11...

An American racer making the jump from stock-car to Grand Prix, Joe Joe Quillico takes Europe by storm. The old American G.I. trope applies: oversexed, overpaid and over here. The movie was filmed almost entirely without proper permissions, including one scene where the crew just stopped traffic at L'Arc de Triomphe. Said to be Quentin Tarantino's favorite racing film.

Stroker Ace (Stand On It by William Neely)

Win or crash: When it comes to Burt Reynolds' pictures, there ain't no middle ground. As cocky stock car racer Stroker Ace, a character based on a several real-life NASCAR heroes, the Burt battled his fried chicken sponsors as much as the wheeled competition. Despite featuring Loni Anderson and Indy 500 crooner Jim Nabors, the film tanked.

Nameless, but noble, Ryan Gosling's character in Drive has his double life changed for the better when he meets his new neighbor and her young son. The silk Scorpion jacket, the gloves, the primered '73 Malibu – all the Driver's trappings are stripped away by bad luck and a Mafia heist gone wrong. He sacrifices it all, but doesn't lose his cool.

A doomed Tazio Nuvolari, Purdy's aged Pietro Lonetti rides into battle in his elderly Maserati. His plan: Bring the younger drivers to heel once more, then crash into the wall after a final victory lap, ending his life in a blaze of glory. But plans change.

Affable Oklahoman James Garner is best remembered for the comic way he played the ramblin', gamblin' Maverick, and for playing Jim Rockford (which is basically “Maverick Buys a Pontiac Firebird”). The hat pushed back on his head, the eyebrows raised—but Garner was a born wheelman thanks to Pete Aron. In the rather long-winded movie, Garner does all his own stunts, most of them without insurance. The realism lends flesh to the character of driver Aron, as he struggles to find a way back onto the podium.

Before they were wild, they were young, and this film has much the same plot as the other Roger Corman-helmed movie that would follow. Joe Machin is reckless on the track and in the sack, leading a jealous writer to track him down for revenge—but then Joe turns out to have a human side after all.

Take Elvis Presley's swagger, mix in a dash of James Bond's gadgetry and then stir up the cocktail with a Japanese chopstick. The result is Mach GoGoGo's Speed Racer, who always rocks the open-face helmet and bandanna look. Classic.

Some say that the Stig isn't any single person, but a faceless, white-clad archetype of the perfect racing driver who we think (hope, pray) lives deeply buried inside all of us. And that he keeps his testicles in his knees. While there are some who can claim to have acted as the Stig, hooning the world's best supercars around Top Gear's test track, the true Stig remains unmasked.

Denny Swift (The Art of Racing in the Rain by Garth Stein, novel)

A dog would love his master even if the man was a fool, but racer Denny Swift inspires admiration in us all. Yes, he's got the speed. But his dedication to his daughter? Badass, with a sensitive side.