Lucia Perez, 59, was hospitalized with injuries after the incident and her car, which she bought nearly 30 years ago, was totaled. 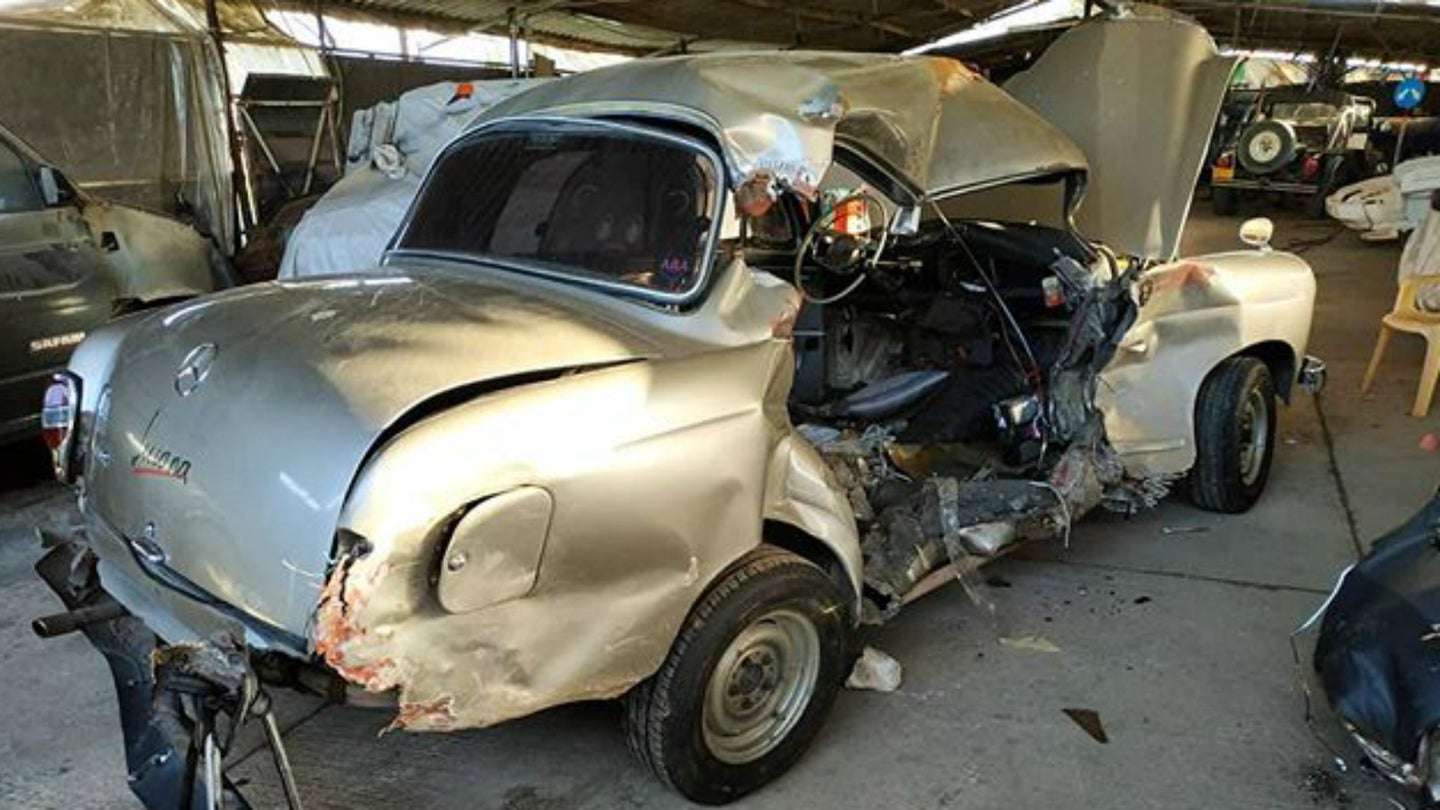 Lucia Perez, a professional photographer from Colombia, started documenting her world travels in a 1960 Mercedes-Benz Ponton sedan in December of 2017. Since then, she has driven the classic car across North and South America, through Russia, and into western Europe—many stops on the road trip can be seen on Perez's Instagram page. The long journey unfortunately came to an end in late January, though, when her classic Merc collided with another vehicle along Jerusalem's West Bank in Israel.

The Times of Israel has reported on the crash, translating a Hebrew article from the local Yedioth Ahronoth newspaper. Perez told the paper: "At the Kfar Adumim junction, I remember that I turned left toward Jerusalem when suddenly a car came toward me. I didn’t see lights or anything signaling its arrival. I was hit hard and from then on I don’t remember anything.”

The Times notes that these West Bank roads are notorious for crashes, due to a lack of lane markings on many streets, and lax law enforcement in the area.

Lucia Perez was taken to a hospital in Jerusalem for the treatment of undisclosed injuries. A Jan. 30 update to her Instagram shows her recovering in the hospital and states, "I am progressing [sic] in my recovery. I feel a bit stronger every day." The Times reports that two occupants of the vehicle that struck the Ponton sustained minor injuries.

The Mercedes, on the other hand, appears to be a total loss. The damage to the vehicle's right side is severe. Both its roof and floor pan are bent completely out of shape, the passenger doors have been ripped from their hinges, and wiring from the engine bay has been pushed clear into the car. The structure surrounding Perez's driver seat luckily stayed mostly intact, showing only a series of dents on its left side.

The photographer told Yedioth Ahronoth she purchased the Ponton for $1,500 almost 30 years ago. She added, "This car is very dear to my heart, we’ve been through innumerable experiences together."

The Drive has contacted Lucia Perez and will update the story if more details arise about the crash, her condition, and her plans for the future.

Displaying your favorite diecast cars in style will set you back around $720.