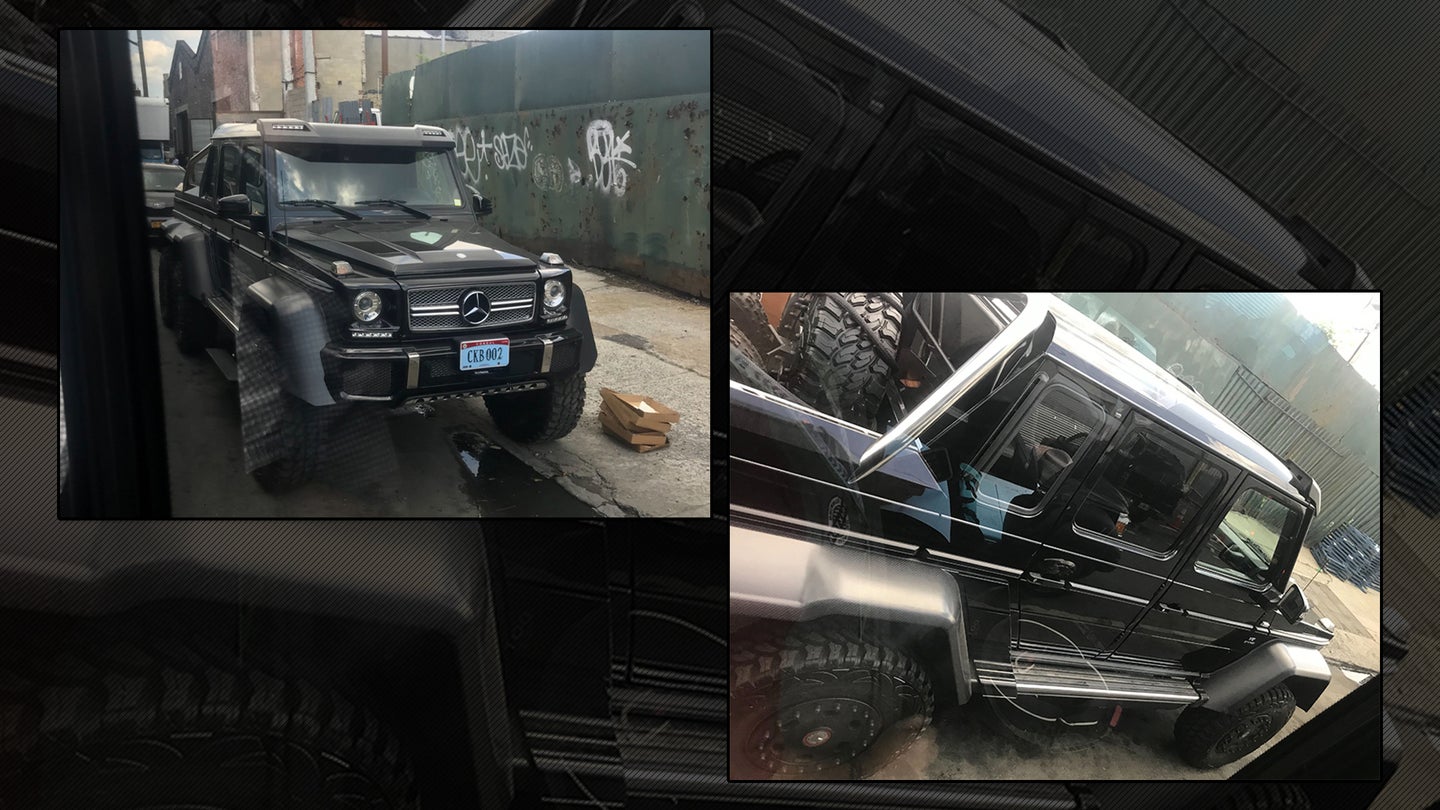 There are few greater automotive trucking pleasures than a Mercedes-AMG G63 6x6, the ultra-rare luxury barge that can traverse nearly any terrain and look unmistakable while doing so. The Drive recently spotted one of these magnificent beasts at last weekend’s Formula E season finale in Brooklyn and, as it turns out, it happens to belong to none other than Venturi team owner, Gildo Pallanca Pastor.

While we've seen G-Wagens parked in some funky situations, this particular example is a bit more interesting. Given that the G63 6x6 was never officially sold in the United States (odd, considering Mercedes calls the truck the "automotive declaration of independence"), the rarity of seeing one in the wild is a treat in itself. But the fact that Pastor could stomach having the truck with a price tag of well into the seven figures parked on the street makes it all the sweeter.

The brutish G63, which is coined officially as a sport utility truck, makes its claim to fame thanks to its proudly displayed six individual wheels which are placed neatly across three high-clearance portal axles. A 544-horsepower, 5.5-liter biturbo AMG V8 puts the power to all six wheels and gives the truck the ability to spring from zero to 60 miles per hour in 7.8 seconds, which doesn't seem all that impressive until you realize its curb weight is more than 8,000 pounds.

Like most other high-dollar luxury trucks, while the G63 6x6 does have a bed and technically

can sprint across rocky, uneven terrain with ease, it isn't really meant to be a workhorse. The diamond-stitched leather seats and matching door cards are opulent to the nth degree while the optional white perforated leather begs for you to wash your hands before touching the steering wheel. But in a pinch, the wooden-lined bed makes for a perfectly reasonable place to stash your toys.

Sadly, the G63 6x6 had a short run, produced only from 2013 until 2015. Mercedes sold more than 100 units at a starting price of $511k, a steal for the price the vehicles have appreciated to today. If you don't mind settling for a clone, a somewhat convincing lookalike can still be had for a much more reasonable price.