This Jeep Wrangler 6×6 ‘Terminator’ With Questionable Mods Can Be Yours for $74,955

When you really want AMG but your budget is more like FCA. 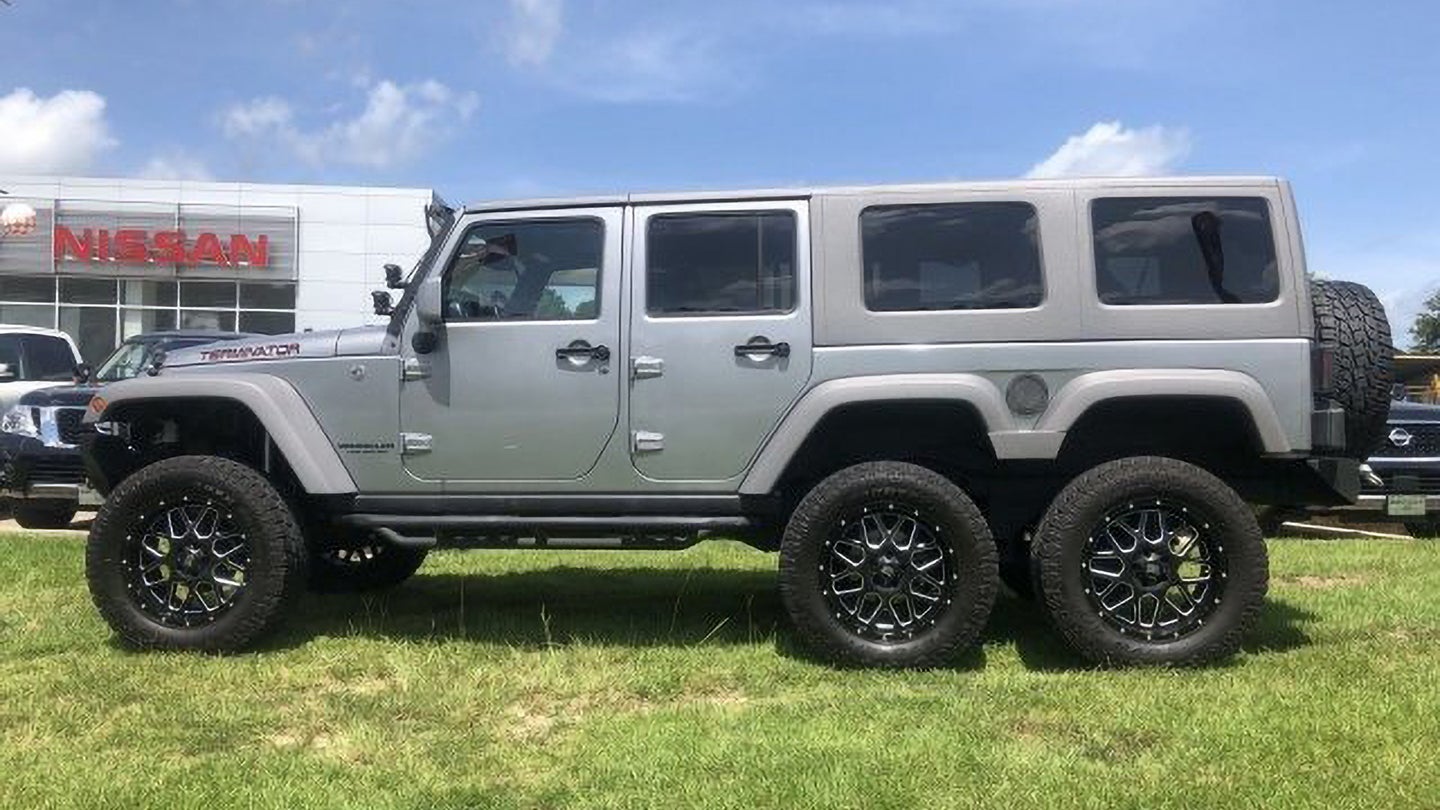 A 2017 Jeep Wrangler Rubicon 6x6 recently surfaced for sale at a Ford dealership in Benoit, Louisiana. What's even more shocking is it's price, which although not cheap, is considerably lower than any three-axle, 6x6 vehicle out there. Especially the $975,000 Mercedes-Benz G63 AMG 6x6.

Listed for a more attainable $74,955, this custom Rubicon only has 11,257 miles on the odometer and a considerable amount of money in upgrades and modifications. According to the listing, it started out in life as a four-door, long-wheelbase JK Wrangler with a six-cylinder engine and a manual transmission. This means it came equipped with the 3.6-liter Pentastar V6 from the factory, which produces 285 horsepower and 260 pound-feet of torque.

Peeking at the photos, however, reveals there are some technical inconsistencies with the posted details. It appears this Wrangler actually comes with an automatic transmission and given the lack of photos we're not even sure what's under the hood. Needless to say, leaving the stock engine to power the extra mass wouldn't be a good idea at all.

Based on the price, we doubt that it’s a Hellcat-powered Wrangler 6x6 like the one we stumbled upon a few months ago, which boasts more than 707 horsepower. The listing is also missing key information, such as who did the conversion, what methods were employed, and what other modifications have been performed to make sure it still lives up to its Rubicon name.

If you're looking for something with a little more presence and oomph under the hood, Hennessey also makes a Chevrolet Silverado 6x6 dubbed the "Goliath." It costs $375,000.