Wranglers are terrific on every surface, as long as you take things nice and slow, no sudden movements. 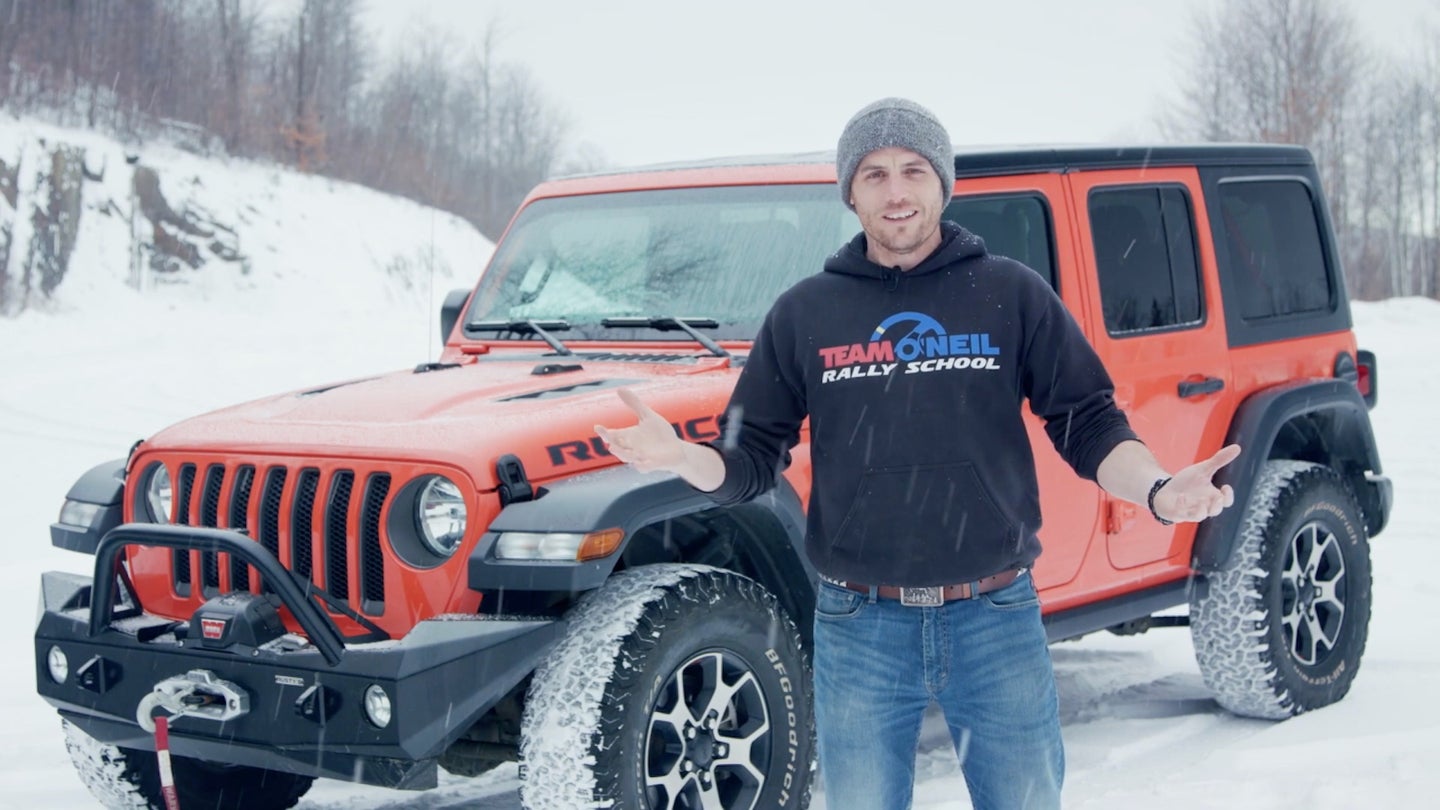 It's common knowledge that the Jeep Wrangler is more or less the best off-roader straight from a dealership in America (sorry, Suzuki Jimny). But when the going gets fast, tight, and technical, how does America's off-road star handle a vigorous thrashing on a rally stage? According to New Hampshire's Team O'Neil Rally School, which gave a 2018 Jeep Wrangler Unlimited Rubicon (JL) its trial in the school's Will It Rally? video series, not so well.

First off, Team O'Neil didn't stick any old schmuck into the driver's seat to reach that verdict, rather, it employed one of its instructors and semi-professional racer Wyatt Knox. For the JL's evaluation, Knox took it onto a 1.25-mile leg of Team O'Neil's rally compound, deactivated the Jeep's traction control and disabled both its anti-lock brakes and stability control to make it more predictable and really ring the heck out of it. But despite a brave performance by Knox, who is pushing the JL to visibly uncomfortable speeds in a few sections, the Jeep still took 2:53 to complete the course.

That makes it some 39 seconds slower in similar conditions than a Subaru WRX, around 16 seconds slower than a Toyota Corolla, and even eight seconds behind a Chevy Astro van (Sabine Schmitz would be proud).

So what went wrong for the Wrangler, one of the best vehicles for when the going gets tough? Breaking it down, the problem doesn't seem to lie in its 3.6-liter, 285-horsepower V6, six-speed manual transmission, short final drive, and soft, snow-friendly suspension aren't to blame for this performance. No, the answer is that the Wrangler simply isn't at home being driven like a rally car, it's heavy, has locking differentials, solid axles, a winch, skid plates, and those BFGoodrich all-terrain tires aren't what you'd want for the type of winter driving Knox took it out in. The Wrangler is a niche player, picking its way over boulders and through streams. Savvy in mud and dirt, but not so on snow.

This isn't to say a Wrangler couldn't make a competent Baja racer if given the right mods or in the right conditions, of course. Knox speculates that the Wrangler could do well on Team O'Neil's current winter course with some weight reduction and more winter-friendly tires, it could lop 20 to 30 seconds off its time, putting it within tagalong distance of the leading WRX.

Take that as your cue, Jeep, you know people would spend money on that. We know we would.

This truck has a V6 engine, four-wheel-drive, and a six-speed manual, making it a blast on the gravel track.