Can a 2005 Kia Sedona Rally? Wyatt Knox Puts It to the Test at the Team O’Neil Proving Grounds

Even a lowly minivan can catch air if you know what you’re doing. 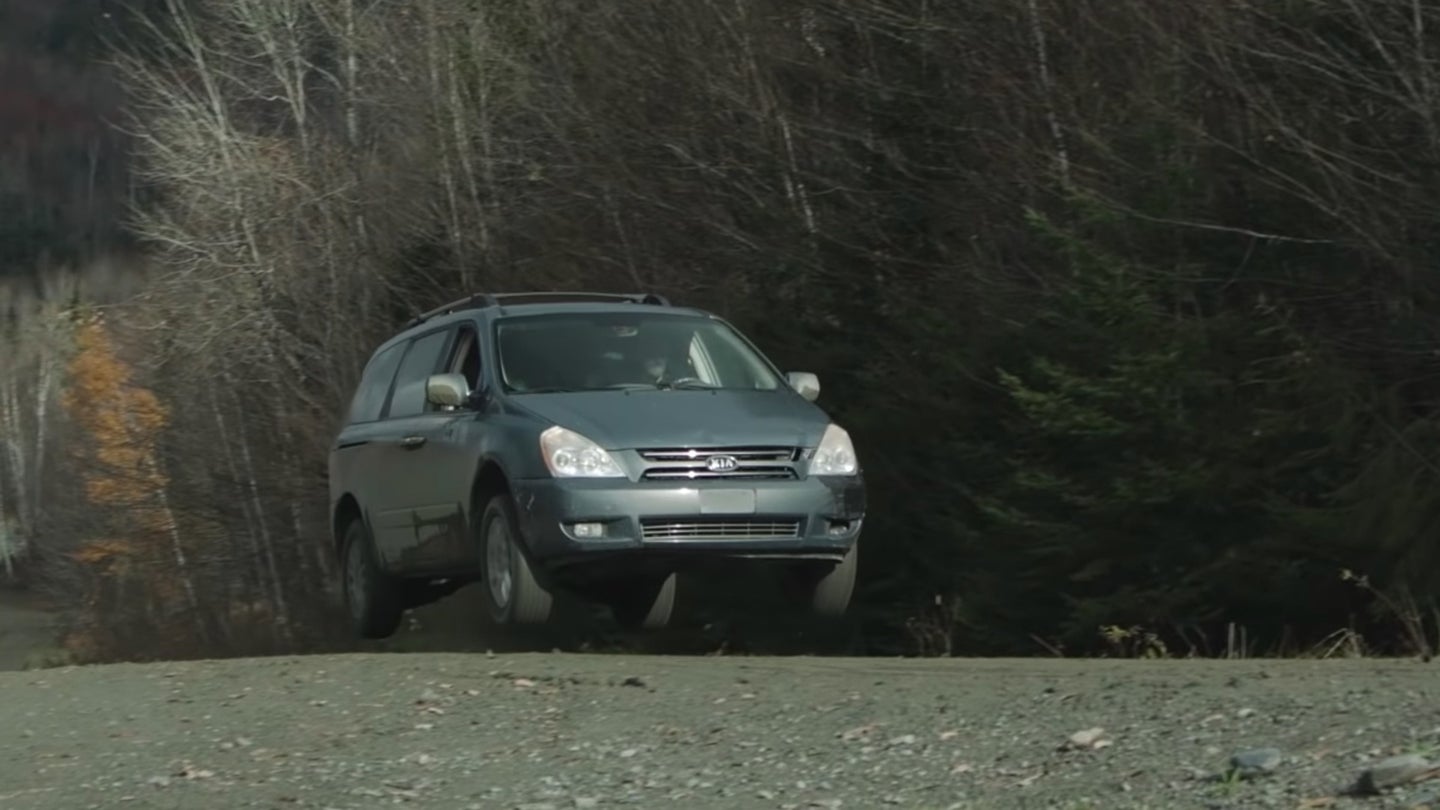 It makes sense to rally a Fiat 124 Abarth on a winding track. Or an AWD Dodge Challenger in the snow. But a 2005 Kia Sedona on its deathbed? Not so much.

Rally champion Wyatt Knox put the Sedona to the test on the Team O’Neil grounds in Dalton, New Hampshire before the vehicle’s date with a junkyard. With 583 acres of alpine terrain and 50 different types and combinations of corners, the Sedona was going to get one last thrill ride—even catching air—as its final wish.

I had the pleasure of learning to hoon under Knox’s tutelage back in early 2017 for the Challenger AWD launched. He taught me a lot about what I know about rally driving today; I thought I was a pretty decent snow driver from my teenage years learning how to drive in Indiana, but his lessons made me better at it.

Team O’Neil’s Will it Rally? series on YouTube has featured some interesting choices, like a Ford Explorer, a Toyota Corolla, and a 2000 Chevy Astro AWD van. The drivers test the limits on the skidpad and slalom areas, then put it to a stopwatch.

Knox even caught some air in that Sedona and his eyes didn’t betray any surprise. Ho-hum, just another day at the track throwing a minivan around. There’s something special about watching a beat-up minivan fly:

“The shocks are terrible,” Knox says as he lands over the crest of a hill.

It goes to show that even a lowly minivan can look badass in the hands of a skilled driver, a commenter noted. Knox makes it look like a rally-prepped Honda Fit out there; it’s proof that great driving skills can overcome a lot of challenges. Not all, but quite a few.

With the ABS and as many safety features disabled as possible, the back end of the Sedona swings back and forth like a pendulum, weaving through the cones without breaking a sweat. The 3.5-liter V6 propels it forward handily with 195 hp, and Knox says it has a cab-over-truck feel with much of the vehicle behind him.

In manual mode, Knox uses left-foot braking and notes that it's going to understeer so you just have to let it happen. First gear is too low and second gear is too tall, but he makes it look easy.

Ready to scrap your minivan? Maybe give it one more roll in the hay and let it go on a rally drive. Send it to car heaven with a smile on its face.

It’s a new-age 4WD that’ll join a fleet of upgraded 2.5- and five-ton trucks.