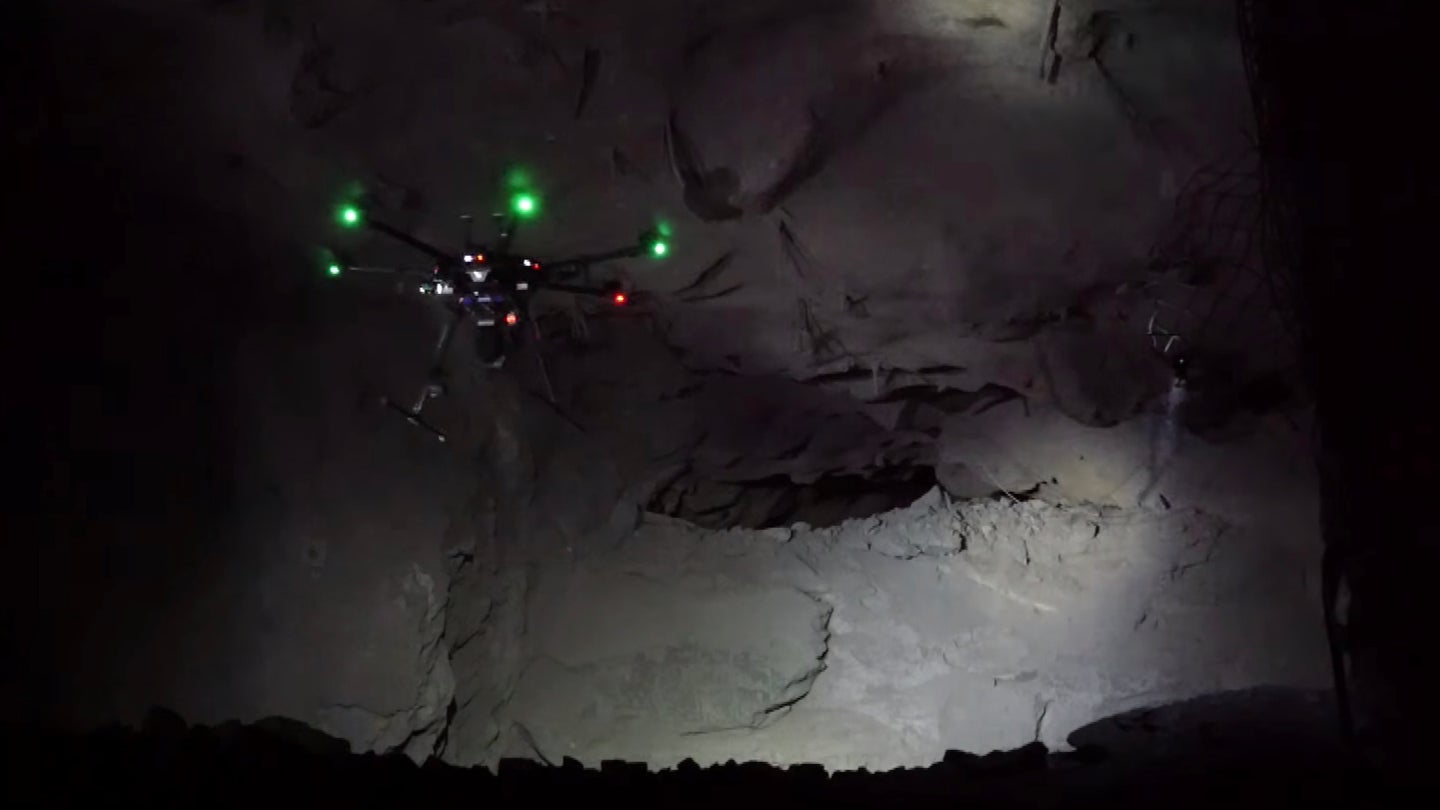 Australian startup Emesent has raised $2.5 million in funding for its Hovermap system of autonomous mapping of underground mines via drone without the use of GPS, TechCrunch reports.

Unmanned aerial vehicles traditionally rely on GPS signals to navigate, which makes drone use underground somewhat of a hurdle to overcome. Since satellite signals can’t reach that far below the surface, Hovermap involves fitting DJI drones with LIDAR sensors and an onboard processor that computes simultaneous location and mapping (SLAM) work on the fly.

In other words, the UAV garners enough spatial awareness through its sensors to know which path it can safely fly through, and can map its environment through the onboard processor as it does so. For CEO and co-founder Stefan Hrabar, using drones to map underground mines is not only efficient, but rids workers of doing the “dull, dirty, and dangerous” job themselves.

For instance, a lot of mining work requires blasting ore from areas between tunnels, with the resulting cavities, or stopes, requiring manual inspection for progress calculation and potential danger. Using drones would replace the conventional methods here with a much safer, accurate alternative.

“The way they scan these stopes is pretty archaic,” said Hrabar. “These voids can be huge, like 40-50 meters horizontally. They have to go to the edge of this dangerous underground cliff and sort of poke this stick out into it and try to get a scan. It’s very sparse information and from only one point of view, there’s a lot of missing data.”

With Emesent’s Hovermap solution, however, drones with LIDAR sensors and SLAM-capable computer processors can be deployed near a stope and relied upon to do all of the work themselves. Hence, an immediate increase in safety and accuracy is achieved, by the mere implementation of an off-the-shelf DJI drone with some ingenious hardware modifications.

“The surveyors aren’t at risk and the data is orders of magnitude better,” said Hrabar. “Everything is running onboard the drone in real time for path planning—that’s our core IP. The dev team’s background is in drone autonomy, collision avoidance, terrain following—basically the drone sensing its environment and doing the right thing.”

For a closer look at this system in action, let’s take a look at Emesent’s trial tests at Barrick’s Golden Sunlight mine in Montana this year.

As you can see, the drone can navigate the subterranean tunnels autonomously and provide users of the Hovermap system with all the data they need to construct an accurate digital model of the environment. Emesent is naturally eager to develop this platform into something with high enough ease of use to scale the solution up, and effectively commercialize it and expand its implementation.

“At the end of the day, mining companies don’t want a point cloud, they want a report,” explained Hrabar. “So it’s not just collecting data but doing the analytics as well.” Hrabar mentioned that additional funding may be required in a year or two when the time for scaling and expanding arrives, but that the company is currently in great commercial and financial shape. “We’ve raised the funding we need for 18 months of runway with no revenue,” he said. “We really are already generating revenue, though.”

Fortunately for Emesent, it was just accepted into DARPA’s recently issued Subterranean Challenge, in which participants will compete for a $2 million prize by developing the most effective solutions to quickly map, navigate, and search complex underground environments.

“It’s pretty fortuitous,” said Hrabar. “We’ve been doing underground autonomy for years, and then DARPA announces this challenge on exactly what we’re doing.”

We’ve reported on underground mapping via drone before, with LIDAR sensors (or more sophisticated iterations) and SLAM processing often being the two main components responsible for the endeavor’s success. From Inkonova in Sweden to Exyn Technologies in Pennsylvania, and now Emesent in Australia, the drone industry is dramatically subverting traditional mapping methods with basic consumer drones and a few hardware tweaks.

Numerous drones can now simultaneously navigate forests without GPS, fuse their collected maps together, and improve search and rescue missions.

The Pacific Island nation of Vanuatu will soon get commercial drone help to bring vaccines and medical supplies to its islands.