The Koenigsegg Regera Can Take a Hit

In honor of obtaining one million followers on Instagram, Koenigsegg released a crash test clip of the Regera. 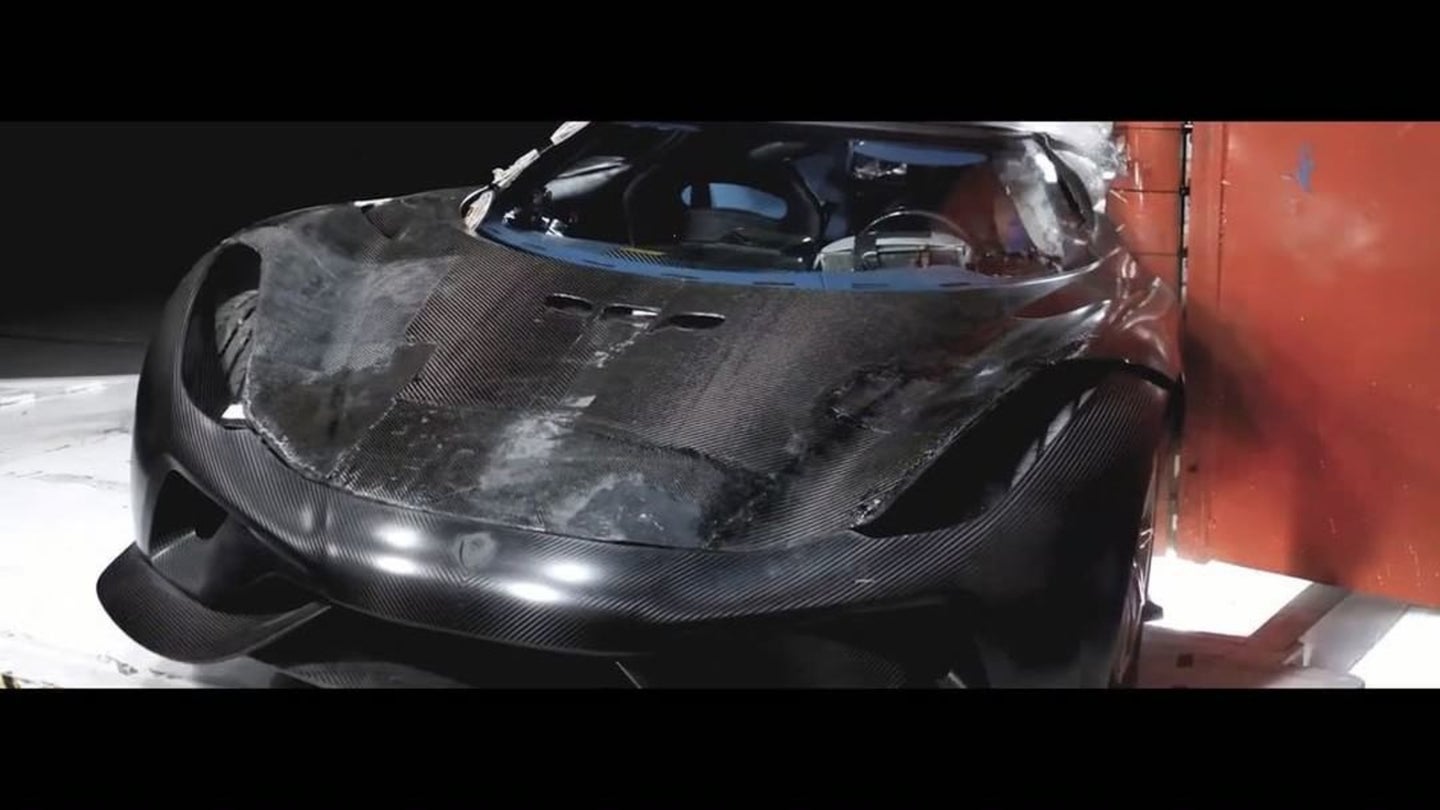 Koenigsegg creates not only performance monsters, but some of the most beautiful hypercars in the world. Usually, when a cars exotic level goes up the fragile level goes up, not the case with Koenigsegg. In honor of Koenigsegg obtaining one million Instagram followers, Koenigsegg released a clip compilation showing the Koenigsegg Regera being crash tested.

You may remember late last year on an episode of /INSIDE KOENIGSEGG Christian Von Koenigsegg gave The Drive a tour of the new prototype build room that was previously the showroom as well as a walk around of the Regera test car. Koenigsegg talked about the abuse testing the Regera had to go through. Through all the crash testing you see the Regera's strong carbon fiber monocoque remains undamaged. The Regera is simply rebuilt after every test due to the strength of the core monocoque.

There will only be 80 Koenigsegg Regera's created and it may be hard for the supercar lover watch, but the Regera needs to be crash tested to fulfill United States regulations to be allowed to drive on the road. Koenigsegg's Instagram clip features the Regera taking impacts from the front, the rear, the side, even the roof. The clip also shows the Regera getting beaten with a hammer on the door locks, all on the front bumper, and on the underside. You get to see the Regera driven over a curb and driving straight into an object into the road simulating a deer hit.

I do not know about you, but if I found myself crashing while in a Koenigsegg Regera I would feel much safer after seeing the hits it can take. Check out Koeniggsegg's Regera crash test compilation via its Instagram below.