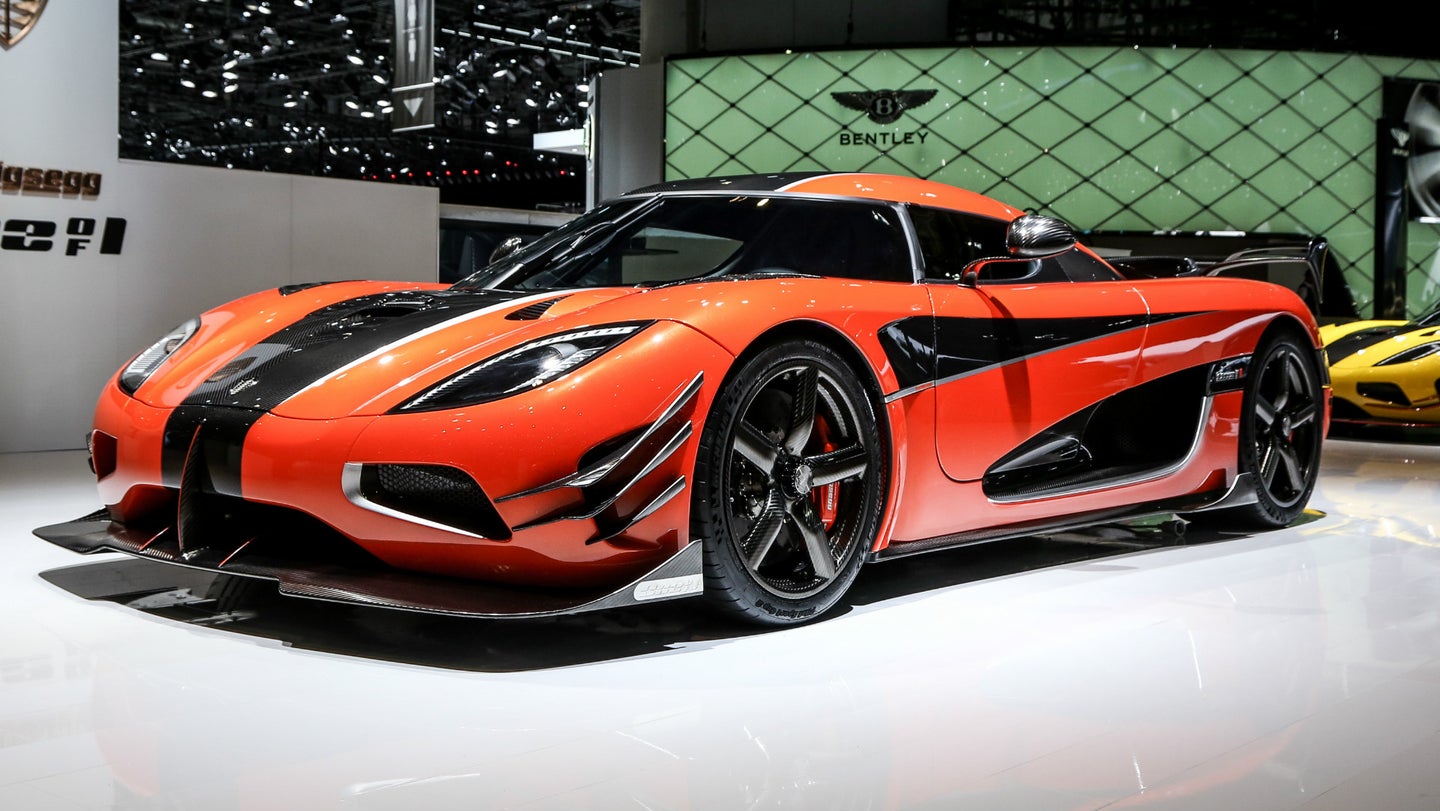 Back in 2010, a de-restricted Bugatti Veyron SuperSport raised the production car speed record to 268 miles per hour after a two-way run at parent company VAG's Ehra-Lessien test track. Ehra-Lessien features a 5.4 mile unbroken straight section, which is so long that you cannot see the far end due to the Earth's curvature. Since then, multiple challenges to the Veyron's throne have been mounted, by companies such as SSC, with their Ultimate Aero, which held the title between the 2007 and 2010, and John Hennessey's 1,200 horsepower Venom GT. The latter, despite achieving a 270mph run, was not recognized by Guinness World Records or the FIA, as two-way runs are required to account for wind.

While several cars capable of besting the Veyron SuperSport have been built, VAG won't let anyone use its Ehra-Lessien test track. As a result, sourcing a venue for a top speed run has gotten difficult for manufacturers, but Swedish hypercar make found a way. Las Vegas Review-Journal reports that an 11-mile stretch of Route 160 outside of Las Vegas has been closed off due to a special permit agreed granted to Koenigsegg by the Nevada Department of Transportation, on both Saturday and Sunday for attempts at the production car speed record. Koenigsegg will also be shooting for the record of the highest speed achieved on a public road.

Closures will be between 7 AM and 3 PM on the highway's southbound lanes. All parking will be prohibited, and pedestrians and bicyclists barred access to the road during the closure periods.

The run is said to be made with the 1,341 horsepower One:1 hypercar, estimated to be capable of a 280mph top speed. Whether Koenigsegg's math holds up, or the sheer grunt of the One:1 falls short of taking the record will likely be known by Sunday evening—Christian von Koenigsegg has been waiting too long for a chance at Bugatti to let VAG rule the roost any longer.