In episode two of /Drive on NBC Sports, we join the battle between the world's best hybrid and electric sports cars. 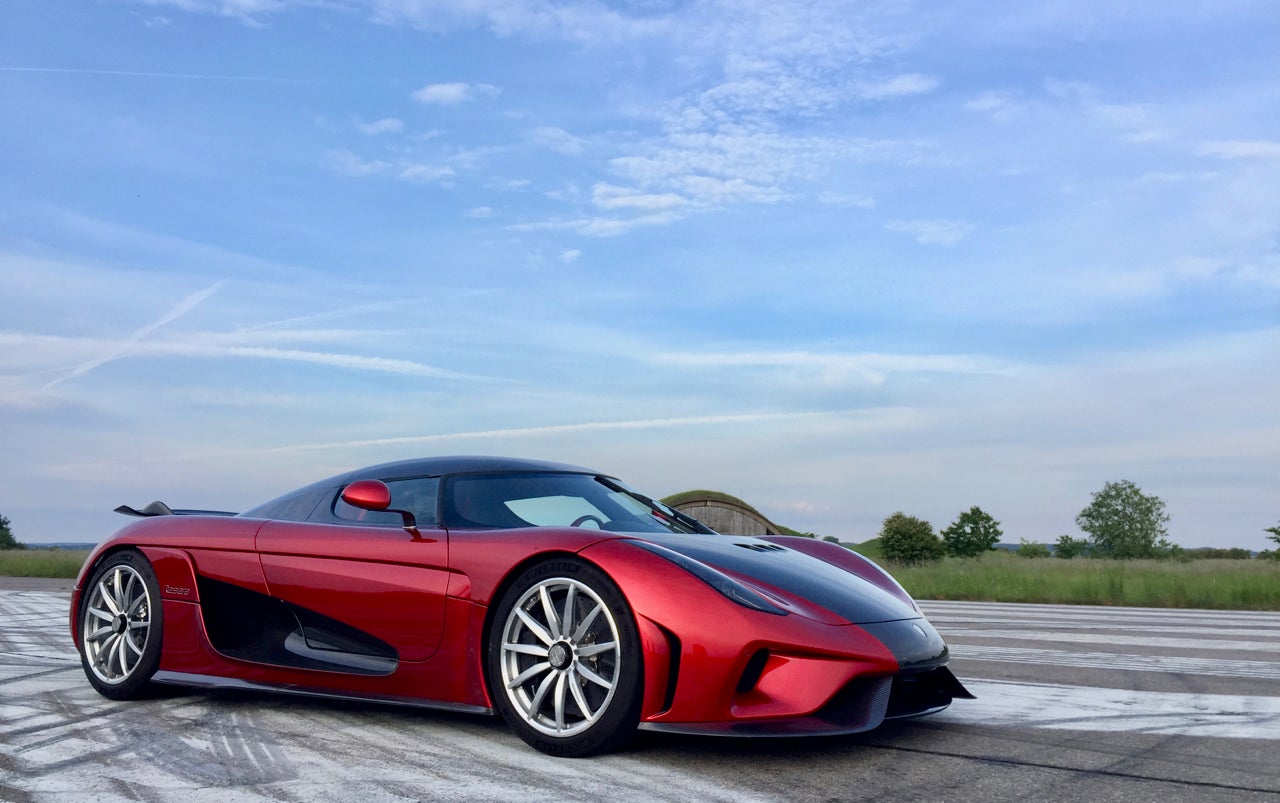 What is the future of sports cars? Everyone knows my opinion. Internal combustion is going to go away. Not completely—and not right away—but the future belongs to electrification. That doesn't necessarily mean fully electric, however, as Koenigsegg and Rimac's latest hypercars make it clear there are still two ways to deploy the technology of the future. Oh yeah, there's also Acura and the new hybrid NSX, but we'll get to that, and why I don't care.

Behold, episode two of /Drive on NBC Sports: Electrification, in which Matt Farah, Mike Spinelli and I duke it out on a topic I know more about than both of them combined.

Am I biased? Yes. I'm totally biased in favor of the obvious and true, which is that Tesla has shown us how good a pure EV can be. From the Roadster to the Model S P100D, Tesla has annihilated all notions of what an EV can do and be. With the right infrastructure, a Tesla is better than anything else on the road today. Corporate growing pains? I don't care, because when I get out of a Model S, every other sedan seems primitive. The proof? My Tesla Norway segment, in which we take an S across the most electrified country in the world. (Watch it, then check out my companion article giving it even more context.)

That's followed by Farah's attempt to prove that the hybrid Acura NSX is an amazing car, combining the best of the past and future in a car more trackable then a Tesla. Duh. Teslas aren't supposed to be trackable. I argue that Acura's iteration—no matter how good—is the future slowed down to meet the present. Good enough, but five years late. What did Farah think?

Watch his segment and tell me, because I refuse. The old NSX is the only NSX in my book.

Spinelli? He goes out and tests the newest Porsche Panamera Hybrid, which I totally approve of because it doesn't look like the old one. Does it matter how good it is? Porsche is one of the few companies that could survive making pure-gas engined (ICE) cars in an electric future, because they're Porsche. But, because they're Porsche, they must always push, which is why I think this is still only a half-measure until the first real competition for Tesla arrives in the form of the Mission-E. The Panamera is still an amazing car, as Spinelli segment proves.

Which brings us to the meat of the episode, which is what happens when the two most advanced hypercar manufacturers in the world let me into their latest creations. On one side, Rimac's all-electric Concept One. On the other, Koenigsegg's hybrid Regera. The Regera makes every other hybrid seem slow and primitive, and that includes the McLaren, Ferrari and 918. The Rimac? As different from Tesla as it is from the Regera.

Both incredible. Amazing. Brilliant. The future is electric, but it won't be fully electrified for a long, long time.

See why on Thursday, October 26th on /DRIVE on NBC Sports. Check your local listings.

My full comparo of the Concept One and Regera? Coming #Soon.