Hyundai Wants Future EV Models to Park, Hook up to Chargers on Their Own

But when will we see this tech in the real world? 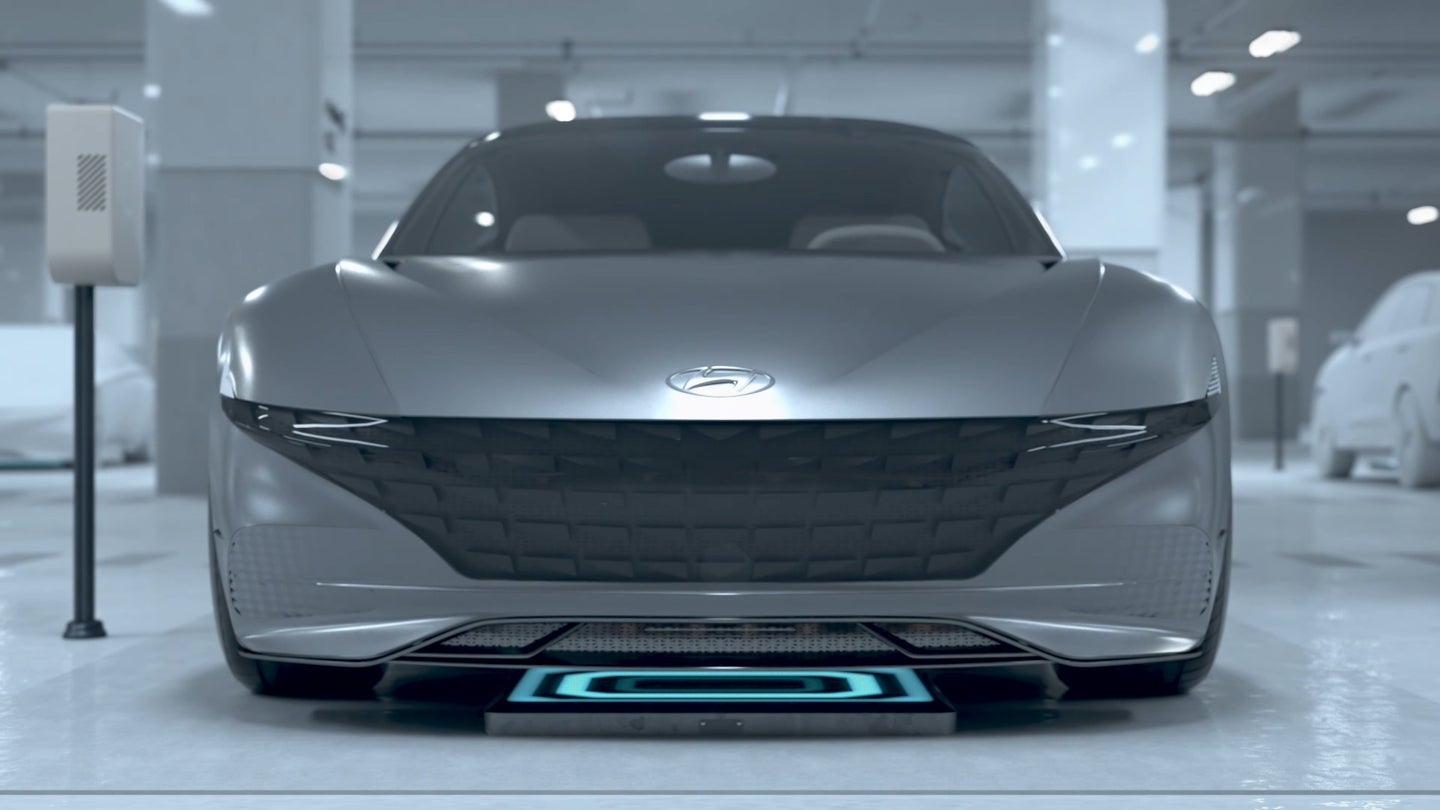 Hyundai and Kia are the latest automakers to demonstrate how future autonomous cars could eliminate one of the most annoying aspects of driving: finding a parking space. The two Korean automakers released a video showing how a self-driving car could park itself with a human driver onboard.

In the video, the driver gets out of a car (which looks a lot like the Hyundai Le Fil Rouge concept) and directs it to seek out an empty parking space using a smartphone. If the car is electric, and equipped for wireless charging, recharging could be handled automatically while parked, according to Hyundai.

All of this requires a communications system that not only connects the car to the driver's smartphone but to the parking facility itself. That allows the car to get continual updates on which parking spaces and charging stations are available. This is an example of the vehicle-to-infrastructure (V2I) tech other companies are using for everything from paying tolls to safeguarding intersections.

Other companies have also demonstrated fully-automated parking, and Tesla's Summon feature allows cars to maneuver themselves in and out of parking spaces without the driver onboard. Systems like these aim to address congestion and could gain public acceptance more easily than fully-autonomous driving.

Autonomous parking could be more efficient because of two factors. Because no one is onboard when parking, cars can be parked very close together. A communication system like the one proposed by Hyundai and Kia would also tell cars where open spaces are located, allowing them to drive directly to those spaces, rather than circling around the lot or garage. Drivers may also be willing to relinquish control when it comes to parking, which is an activity that it's hard to find any joy in.

However, it's unclear when automated valet parking will become available on production cars. Hyundai and Kia plan to launch self-driving cars in what they call "smart cities" in 2021, with a wider-scale rollout by 2030. But the availability of automated parking will depend on the automakers' ability to integrate their tech with infrastructure.