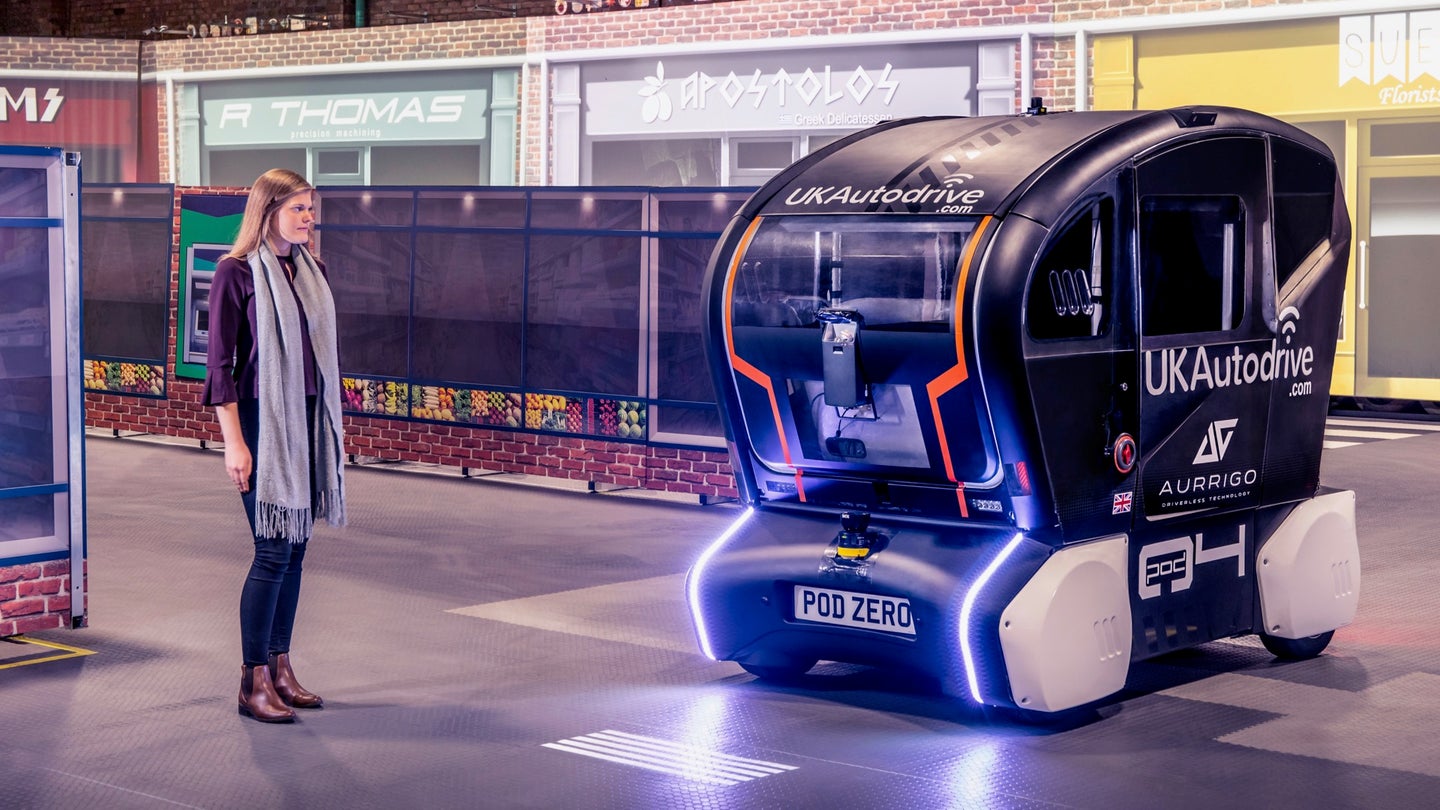 One of the many questions surrounding self-driving cars is how they will communicate with other road users. Humans can use eye contact or hand gestures to convey information, but that won't be an option if machines take over. That's why Jaguar Land Rover (JLR) is testing a system that uses lights which project onto the road to show a vehicle's direction of travel.

The experimental system projects a series of bars onto the road ahead of a vehicle. The spacing between each bar indicates whether the car is accelerating or braking. The bars get closer together under braking and spread out during acceleration. The bars also fan out to the left or right to indicate turns.

JLR tested the light-projection system on autonomous pods from Aurrigo. These are the same vehicles JLR equipped with "virtual eyes" in another effort to help self-driving cars communicate with pedestrians and human drivers. Tests of the light-projection system were conducted on a simulated street by a team of engineers and cognitive psychologists. The team recorded the "trust levels" of pedestrians both with and without the lights, according to a JLR press release.

New lighting technology is allowing automakers to do more than just illuminate the road ahead. Matrix LED systems can redirect high-beam light away from oncoming cars so drivers don't get blinded; however, matrix functionality isn't currently legal in the United States. Regulations require separate high-beam and low-beam elements, but matrix systems combine both functions into one element.

Systems of lights offer one solution to the problem of how self-driving cars will perform simple tasks like signaling to a pedestrian that they are yielding the right of way. Communication between pedestrians and vehicles will be vital to building trust in autonomous cars, and it's an issue that JLR says it's working diligently to fix. The British automaker isn't the only one thinking along these lines: Ford has deployed a test car with a camouflaged human driver just to see how pedestrians reacted to an apparently driverless vehicle.