Some of its features will be coming to production vehicles soon. 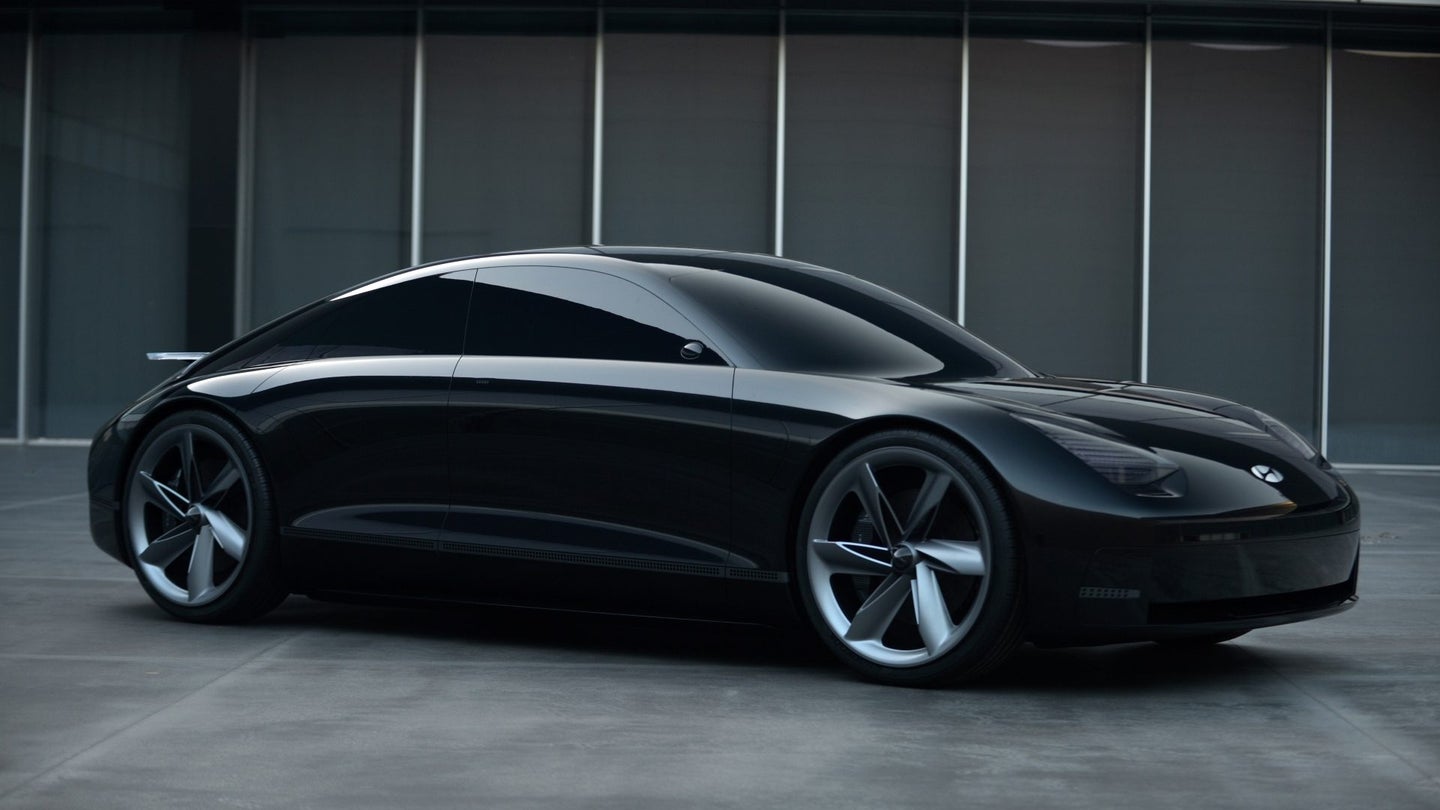 What is it about electric four-door sedan concepts that make 'em so nail-bitingly attractive? A week after Polestar dropped the handsome-as-hell Polestar Precept, Hyundai is gracing us with a striking EV concept of its own. This is the Hyundai Prophecy Concept and it's absolutely gorgeous.

Made partially as a follow-up to last year's delightfully boxy "45" concept, the Prophecy takes a very different tack. Hard edges are kept to a minimum, with its side sections inspired by "a perfectly weathered stone," and its lines and proportions resemble that of a priceless classic. From the front, it kind of looks like an updated, upmarket GM EV1 while the rear end, with its huge haunches, sloping roofline, and pristine look, almost resembles that of a Singer 911. Comparing a Singer to a Hyundai? Heresy, I know.

Oh, and in case you hadn't noticed. This thing has four doors. Yeah, it took me a while too.

We don't really expect the Prophecy in its entirety to go to production anytime soon but Hyundai says the pixelated headlamps seen here will indeed be "carried forward as a signature design element in future Hyundai models." Not that surprising considering the funky stuff the company's been doing with the new Sonata's front lamps and that Vision T concept from last year.

While The Drive's newsroom was unanimously impressed with the Prophecy's exterior, we were less enthusiastic about its insides. The Prophecy's cabin is apparently tailored for autonomous driving and, thus, features two joysticks instead of a steering wheel and a giant screen that appears to wrap around the entire interior space. Not nearly as grounded in reality or attractive as the outside. Plaid seats are a nice touch, though, and would look pretty cool in the next Veloster N or something. Although given that car's chief German rival, that might be a little too on-the-nose.

All aboard the mid-engined Hyundai hype train.