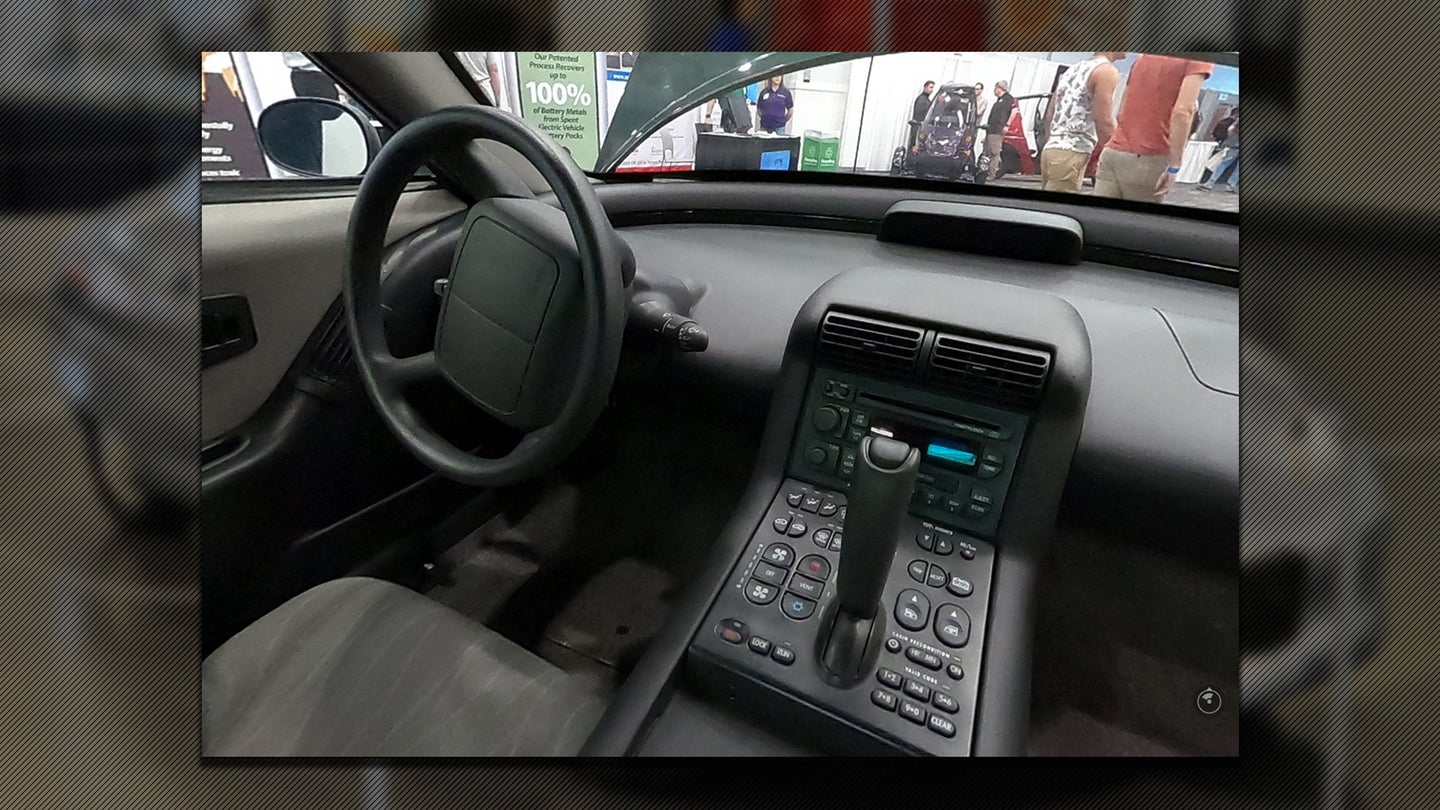 Have you ever wondered what the interior of a GM EV1 looks like? You know, the ill-fated EV that unfortunately never was? If you have, today is your lucky day, because a 360-degree photo of the car's cockpit recently surfaced on Facebook, and it's just as quirky as we hoped it would be.

It might not look as futuristic as a Tesla Model 3, but remember, the EV1 was released in the ‘90s and was packed full of unique tech that most other automakers could only dream of. Heck, even keyless entry and push-button start were a standard feature. A numeric keypad sits on the B-pillar and can be used in lieu of a traditional metal key to enter the vehicle while another keypad is present inside of the car to turn it on.

Ahead of the driver is a very minimalist view: just a steering wheel and nothing else. Status indicator lights are hidden into a small strip that spans the length of the car’s windshield, and a colorful instrument panel is nestled in the center of the dashboard to display the speedometer, odometer, range, state of charge, and power usage. All controls aside from the turn signal and windshield wiper stalks can be found on the center console, which includes gear-selector joystick, regenerative braking toggle, window switches, and even pre-conditioning for heat and air conditioning.

A little background: The electric coupe hit the market more than a decade before the original Tesla Roadster, making it the first modern electric car sold by a mainstream automaker. Unfortunately, the release of these cars to market played out more like a test, as the lease-only deal required the vehicles to be recalled to the dealer at the end of the contract rather than bought out, something that ultimately resulted in nearly all 1,117 units being crushed. Some EV1s survived as GM's merciful hand spared approximately 20 units, most of them donated to museums and universities.