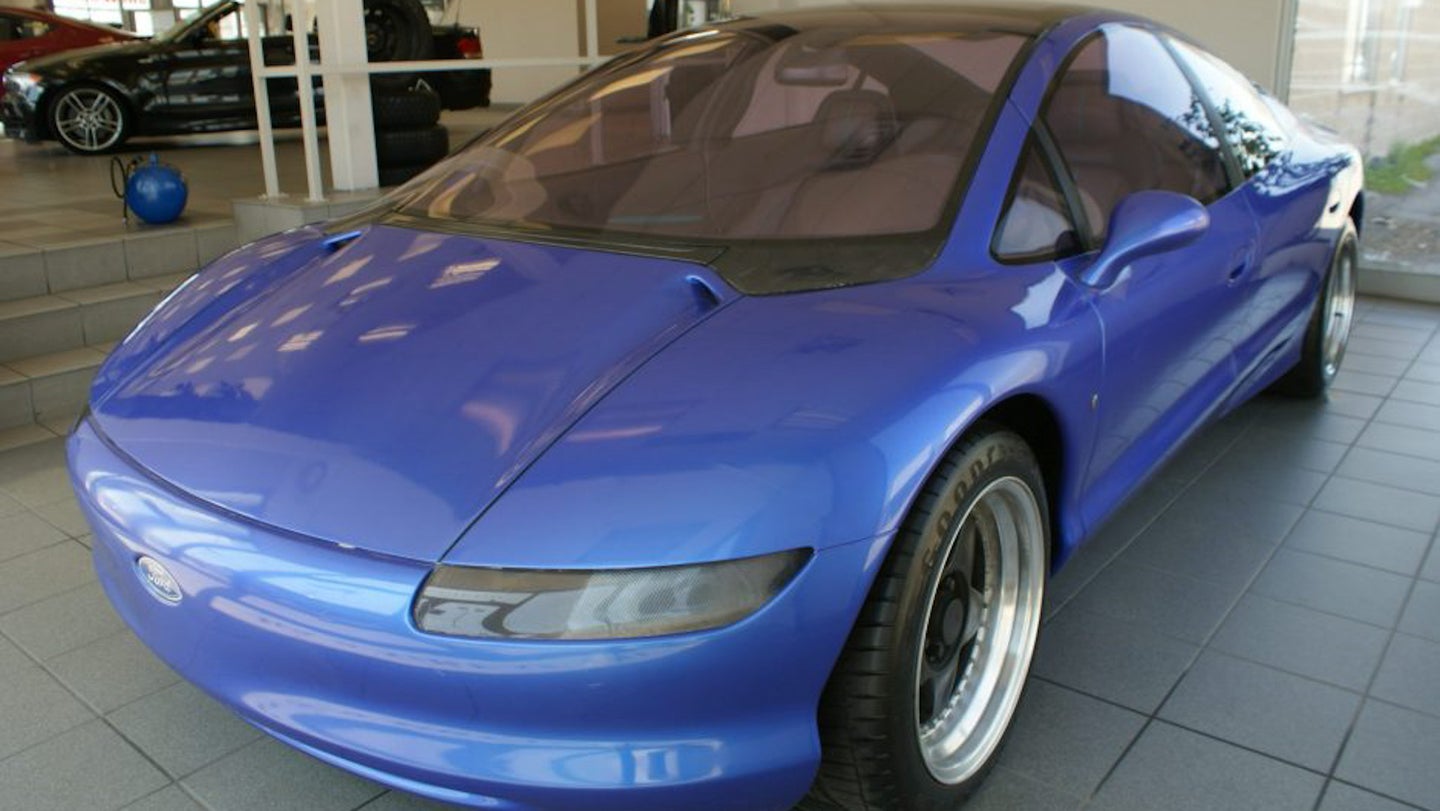 Occasionally, an automaker will roll out a concept car that's as functional as it is wacky, but those are traditionally the exception rather than the rule. This Ford Via Concept, unfortunately, falls on the non-functional end of that spectrum, but it's up for auction right now on Bring a Trailer and could be the ultimate project car for the right person. I mean, where else can you get a one-of-one, retro-futuristic design with a pedigree as great as this one?

That pedigree started when Ford debuted the concept, which was designed by styling-hero brothers Ian and Moray Callum from Ghia, at the 1990 Chicago Auto Show. Even though it hasn't seen any real driving action before or since, the 31-year-old concept is starting to show its age. The fiberglass body is said to show some wear and has cracks, while the futuristic interior has aged as well.

The biggest piece of bad news is that there’s no powertrain in the car and no indication of if there’s even a true place to put one. Any buyer wishing to get it going has a whole world of other problems to address beyond that, too. Only two doors are functional, the steering is not connected, and none of the interior controls or buttons actually work. Other non-functioning bits include an active spoiler and the coolest CD player ever mounted in a car (remember CDs?). That said, I think we can all agree that whatever the effort required, it’d be worth it to get the Via rolling under its own power.

There's even a "simulated shifter" for a manual transmission.

Ghia once made some of the wildest wheeled vehicles around. Before the Via, the company built such oddities as the Ford Probe I and Isuzu Bellett MX1600. Its most recognizable concept came in the form of the Lincoln Futura, which ended up being the basis for the one of the original Batmobiles.

The Via Concept auction still has plenty of time on the clock. Its current price of just $1,600 might make it seem like the bidding is running cold, but that’s probably just a reflection of the fact that the winning bidder will end up with what is essentially a big blue conversation piece and not a functioning automobile. If you’ve got an exceptionally large living room or an insatiable appetite for project car pain, head on over and give it a bid.