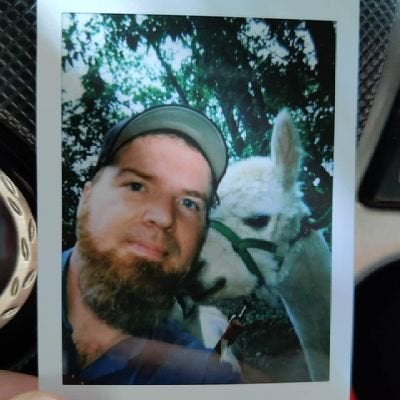 For most automakers, the 1980s represented a clean break from the chunky, rectangular styling cues that had dominated during the energy crisis of the previous decade as designers began to let aerodynamics guide their hands.

Suddenly, how slippery a vehicle looked did more than just whet the appetites of wedge-seeking sports car buyers—it also had an impact on fuel efficiency, without requiring any of the dreaded computerized engine controls that many companies (but more specifically, those in Detroit) were having great difficulty adapting to the real world. But the line between gas prices and the aerodynamic designs that popped up everywhere by the end of the Eighties is more dotted than you might think.

Of the Big Three, Ford was the most willing to look beyond the right angle when planning its next generation of coupes and sedans. While General Motors and Chrysler continued to churn out Caprices, Diplomats, and a slew of square-ish A-body and K-car derivatives, in the early 1980s Ford launched an internal aero revolution that began in Europe and quickly spread to its North American operations.

By the middle of the decade the effort would culminate in the triumph that was the first-generation Ford Taurus, perhaps the Blue Oval's most important car since the 1964 Mustang. Compared to its countrymen, the aggressively aerodynamic family sedan might as well have been a space ship. It was the tip of the spear for Ford's complete revamp of its passenger line-up, and by the early '90s even square stalwarts like the Crown Victoria featured swoops, curves, and sleek profiles that would dominate the brand's design language for the remainder of the decade. Not only that, but the Taurus represented a major point of departure for the Big Three, proving that an American automaker could finally compete head-to-head with Japan’s family car insurgents, and forcing a complete re-think of nearly every automobile built by Ford’s rivals.

What gave Ford such a leg-up over GM and Chrysler? The roots of its dramatic lineup transformation—and the industry-wide pivot towards aerodynamic design that continues to this day—can be traced back to a single concept car: the 1981 Ford Probe III. Largely forgotten and more often than not confused with the unrelated sporty coupe that later borrowed its name, the Probe III was the most important member of a series of low-drag exercises that not only pushed Ford into the aero future, but helped transform American cars for good.

The oil shocks of the 1970s had sent America's automakers reeling, and each reacted with a different set of future plans. General Motors would set in motion the development of twin financial disasters (the in-house X-body compact car and the ill-fated Oldsmobile diesel engine), while Chrysler, facing impending bankruptcy and limited development dollars, would execute a program of ruthless downsizing and consolidation across its versatile K platform.

Ford, on the other hand, adopted a more nuanced approach, and a big part of that had to do with the resources at its disposal. With a controlling interest in Italian coachbuilders Ghia, the Dearborn brain trust was able to loop in some of the most adept sheet metal sculptors of the era to plot its next steps.

After making a series of small changes and tweaks to existing Ford products, Don Kopka, the executive director of the company's Advanced and International Design Studio, was impressed with the positive wind tunnel results and related real world fuel consumption improvements that even these modest alterations had to offer. Realizing that aerodynamic efficiency could be repurposed from high speed supercars to more pedestrian passenger vehicles, Kopka presented Ghia with the challenge of building a clean sheet, aero-first automobile for the masses.

The first fruits of this collaboration were predictably over the top. The Probe I wowed audiences at the Frankfurt Motor Show in 1979, but beneath its glamour there were elements of the elongated, Fox-platform coupe that proved prescient about Ford's aero future. Specifically, enclosed wheel openings, stretched rear glass, a gentle windshield angle, and a low profile silhouette, each of which conspired to give the vehicle a drag coefficient of 0.25—just barely above that of the modern day Toyota Prius, and half what most American cars had to offer at the time.

Impressed, Kopka's next challenge was to tone down the Ghia concept's more sci-fi elements into a production-ready shape that maintained the best parts of its aero-friendly package. After a transitional four-door Probe II that was largely kept under wraps in Detroit, Ford of Europe would finally bring forth the Ford Probe III in 1981 as a preview of the upcoming Sierra.

What's most fascinating about the Probe III's presentation to the world is just how low-key it was. With Frankfurt once again serving as the stage, the 1981 concept was seen primarily as a thinly-disguised look at how the all-new Cortina replacement would look. In reality it was far more than that, representing the culmination of Ghia's experiments in aerodynamics stealthily stuffed into a shape that could conceivably be built as an affordable commuter car.

Amazingly, the more upright Probe III bested the Star Wars stand-in Probe I in the wind tunnel with a 0.22 Cd. Part of this stemmed from borrowing some of the original Probe's good ideas (such rear fender skirts), but a host of new, production-ready innovations lead the way. These included a mail-slot grille opening, the use of composite headlights integrated into the forward body work, and glass plumbed flush against its frame and protected from rain not by protruding drip rails but instead integrated channels that wicked water away without spoiling air flow. Again, a four-door shape was used, and while its moon-dish wheel covers might look firmly in the realm of the concept car, there was little about the Probe III that felt too pie-in-the-sky.

...and Then the Taurus Changes Everything

Even cut down to a two-door, the concept's shape was clearly on display when the Ford Sierra hit dealerships the following year. The car featured the same sleek lines, flowing glass, miniaturized grille, and angled side mirrors, and while its coefficient of drag checked in at a higher 0.34, it was a massive improvement over the 0.44 posted by the Cortina. Initially, the Sierra was minus one of the Probe III's most extroverted elements—the double-decker spoiler perched on its hatch glass—but in a few years time even that would rear-appear on the sporty XR4i trim and serve as the car's most enduring visual identifier.

The Sierra was controversial even among Europe's more forward-thinking car buyers, but Ford wasn't yet done mining the Probe III for potential aero impact on future designs. Following sleeker shapes for the revised two-door Thunderbird and the new Ford Tempo compact car, the 1984 model year saw the Lincoln Mark VII coupe introduce the first composite headlights offered by an American product in decades. Integrated flush into the luxury coupe's front end, the lights, along with the car's sloped rear glass, helped cut the car's drag by 25 percent compared to the bloated Mark VI.

With the stage set by both the Sierra and the Mark VII, Ford could breathe a little easier knowing that it had avoided a full-scale revolt against the aero improvements now baked into its company-wide design language. Although it would continue to build Probe concept cars (with a IV and V rounding out the set), the III's influence was already set in stone for Ford's most crucial debut of the decade: the 1986 Taurus.

Originally the Taurus had been conceived as a hatchback, like the Sierra (which didn’t receive a true sedan model until 1987), but even once the decision to go the more traditional three-box route was made every effort was made to drop the roofline as much as possible while incorporating all the lessons learned from the Probe III (which had debuted the year Taurus design began).

The Taurus embodied everything that had been foreshadowed by the Sierra and the Mark VII (flush glass and composite headlights, small grille, shrunken rear wheel openings, flat wheel cover dishes), with the added benefit of roof-slicing doors that obviated the need for rain gutters, further slicking the sedan's shape. Every corner was rounded, and each greenhouse and roof angle carefully considered to balance the ability to slice through the air with the need to keep passengers comfy.

Still Echoing Through The Decades

The motoring press and the general public alike threw around terms like 'jelly bean' to describe the Taurus' shape, which was radically out of step with the Detroit norm, but that didn't prevent it from becoming a stunning sales success that would lead the industry for several years even in the face of hardcore Japanese competition like the Honda Accord and the Toyota Camry. The Taurus was a harbinger not just for Ford's own future looks, but also Detroit's inevitable embrace of aerodynamics.

The Probe III's impact went far beyond proof-of-concept for the Sierra, exemplifying new concepts in automotive design that served as the source code for Ford's most successful sedan ever, forcing the rest of the industry to play catch-up and finally question the straight lined, sharp cornered, and overall boxy hegemony that had dominated traditional American car design for decades. There's no doubt that the original Taurus was a gutsy move for Ford to counter the massive inertia impeding progress on that front. It never would have happened, however, had Kopka and Ghia not embarked on their 70s aero project and proved that the path towards the future lead directly through a wind tunnel.

Got a tip, or a concept car you're interested in hearing more about? Send us a note: tips@thedrive.com