On Pearl Harbor Day, Honoring the Oldest Jeep in Existence

Ford-built 1940 prototype recognized by Washington as a national monument. 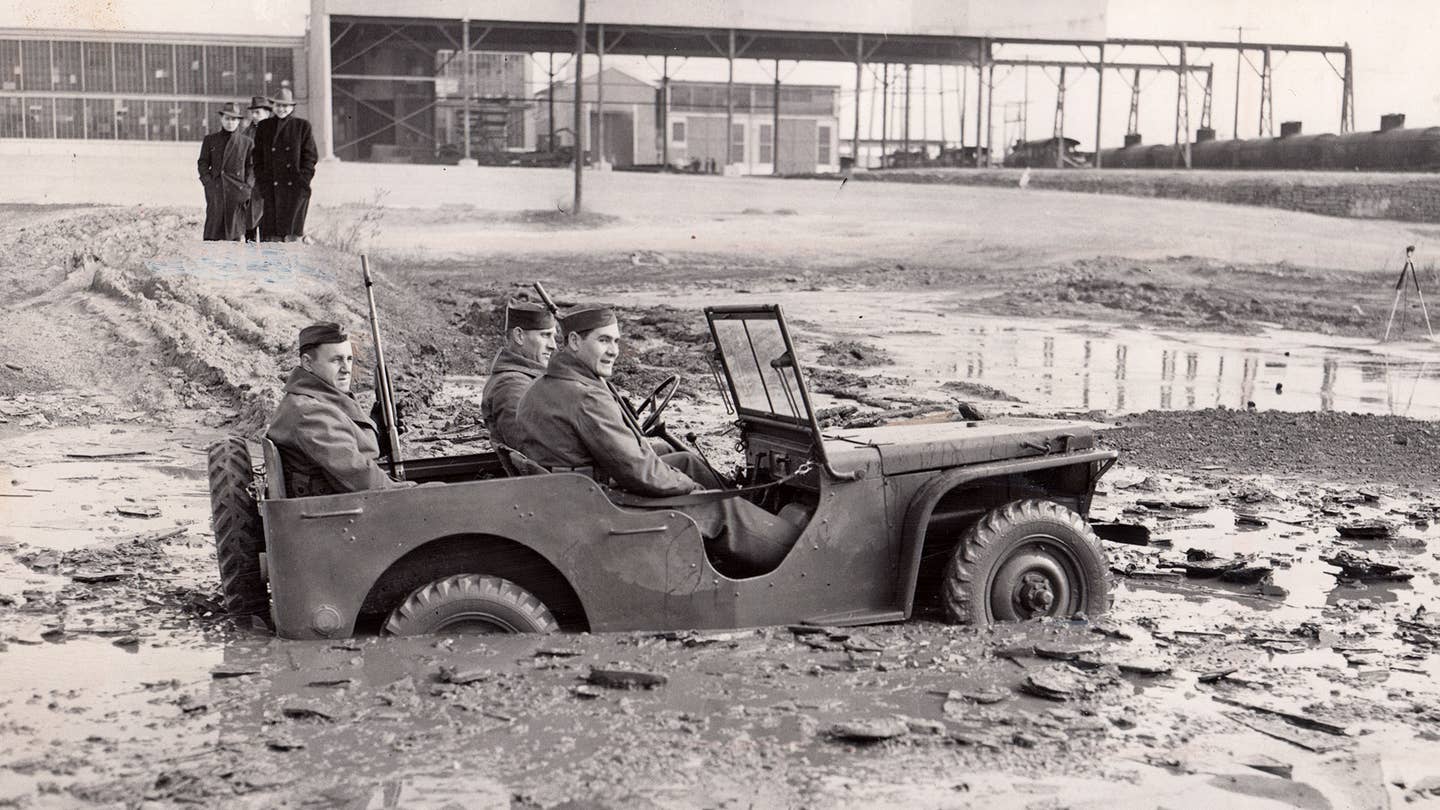 World War II is modernity’s costliest catastrophe, a truth that’s especially felt each December 7th, on Pearl Harbor Day. But if there’s one silver lining to WWII (besides the fact that we’re not all speaking German), it’s the catalog of incredible and innovative vehicles dreampt up to out-invent, and out-mass-produce, the enemy. Amphibious trucks and tanks, the B-29 Superfortress, the first jet planes; rocket technology that would later launch astronauts to the moon.

And of it all, none is more iconic today than the Jeep. What you see here is the oldest known example in existence, a prototype built by Ford Motor Company in 1940. Today, the National Historic Vehicle Association (HVA) will officially register this vehicle as a national monument. Think of this like like being recognized by the National Register of Historic Places, except for cars. It’s a big deal. This Jeep is only the HVA’s eighth vehicle to be registered.

This Jeep’s story in a handful of sentences: In 1940, the government asked private industry to come up with a lightweight, all-terrain, four-wheel drive vehicle that could be mass-produced. It had to weigh 2,175 pounds or less, and carry a 625-pound load. Three companies built prototypes in chasing the contract: Ford, Willys-Overland and Bantam. This “GP-No. 1 Pygmy” is the first of Ford’s prototype Jeeps, and incredibly, it’s still looking like it did when Hitler was spreading across Europe like an inkblot, and the U.S. hadn’t yet joined the fighting. That, of course, all changed on this day 74 years ago, when Pearl Harbor was attacked.

The Axis air force, and foot soldiers, seemed invincible. But things quickly changed, in no small part because of the 650,000 some-odd Jeeps from Ford and Willys, which motored forces to battlefields across the globe. Jeeps of a different kind are still swarming our roadways. Take a look at this beauty—where it all started.