The drones aren’t just for fun. They’re there to help turn Ford’s autonomous van into a delivery vehicle. 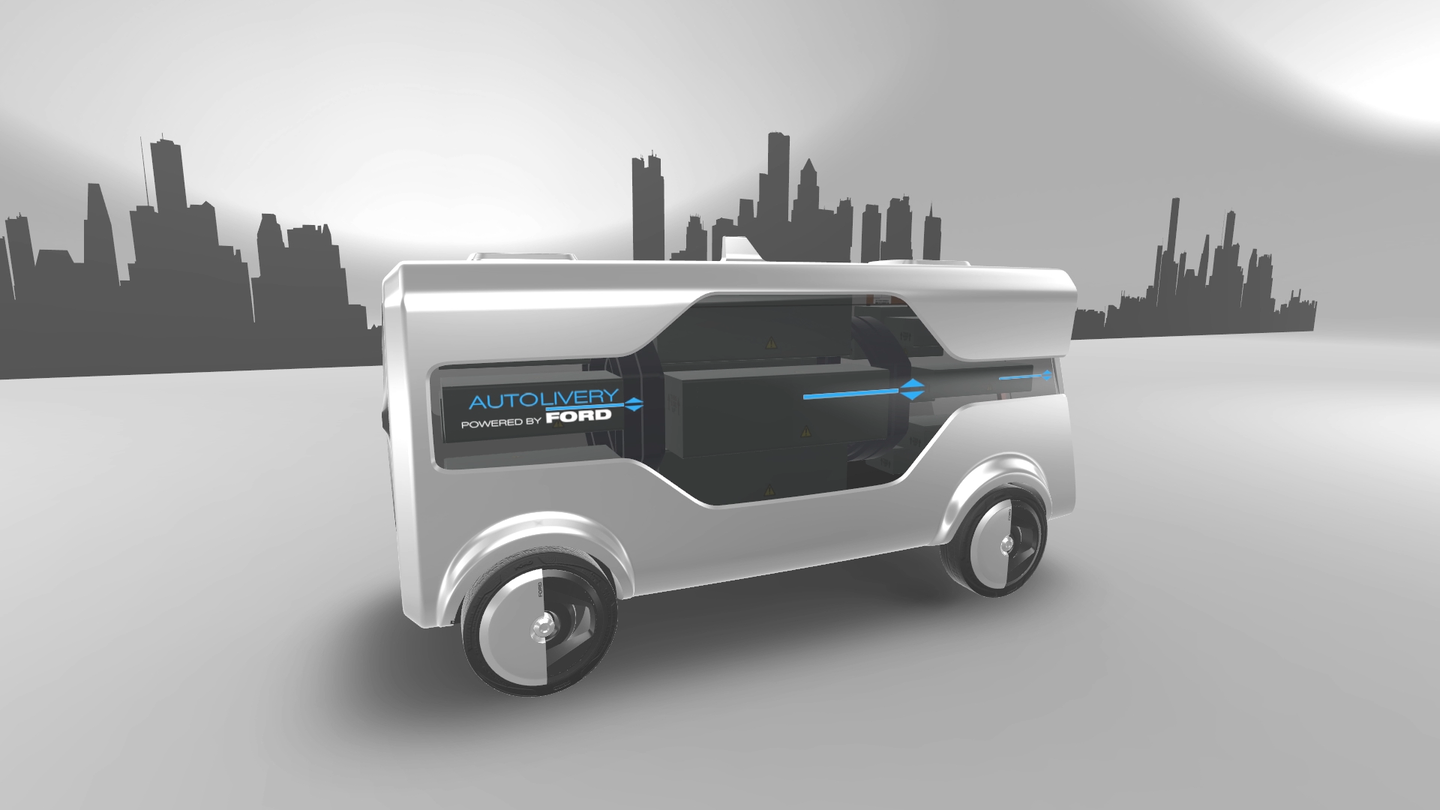 When it comes to the future of automotive mobility, Ford has already staked out an aggressive position: The Blue Oval went on the record last year unequivocally stating it would have a self-driving car in production in Michigan by the year 2021. At the time, the automaker said this car would be designed for ride-hailing or ride-sharing. But based on Ford's new drone-launching self-driving van concept, it seems there's also a chance that the company's first AV could be designed to deliver packages.

"Ford intends to have a fully autonomous, SAE level 4-capable vehicle for commercial application in mobility services such as ride sharing, ride hailing or package delivery fleets in 2021," the press release for Ford's Autolivery concept reads. Note the words we placed in bold.

The Autolivery, revealed recently at the Mobile World Congress in Barcelona, Spain, was whipped up by Ford employees as an attempt to solve what the company refers to as the "last 15 meters" problem. It's like the "last mile" issue faced by urban transportation planners, but for goods being delivered autonomously: how do you get a package the last 15 meters from the van to the customer's front door without a human there to walk it over?

The answer: drones. Delivering parcels via drones launched from a vehicle is rapidly becoming something of a meme in the mobility world. Just last week, UPS announced it had conducted a test of a drone-launched package delivery system in Florida. That system is much closer to feasibility, but it also depends on having a person to drive the truck, program and load the drone, and keep an eye on things. Ford's concept goes a step beyond it, envisioning a world where the human can be completely removed from the loop.

So who knows. In five years' time, your Amazon Now delivery might be showing up at your doorstep courtesy of an electric van and its drone partner...both of which wear Ford logos.