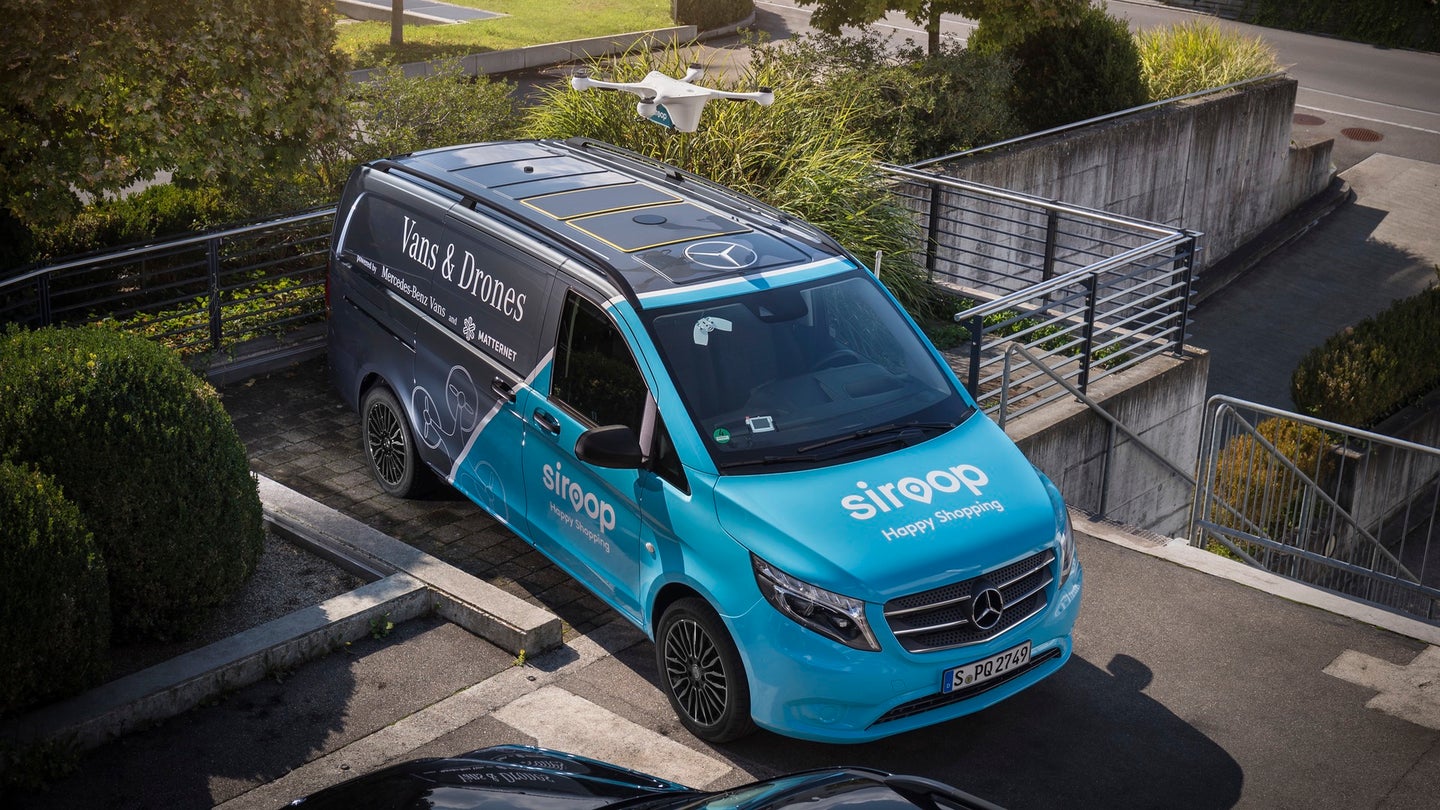 The program, which started September 25, uses drones working in concert with modified delivery vans. Over the course of the three-week pilot program, Siroop customers will be able to order certain items (there's a 4.4-pound weight limit) for drone delivery. Drone flights will take place seven hours a day, five days a week, but only in favorable weather conditions.

The drones won't deliver packages directly to customers. They'll pick the items up and fly to one of two Mercedes-Benz Vito (a.k.a. Metris) vans, which will stop at four "rendezvous points" around Zurich. There, drones will drop off their packages and the vans will deliver them to the customers. The entire process will be timed and compared to conventional delivery methods, a Mercedes press release said.

Mercedes believes using a van, rather than a drone, for the last leg of the delivery has certain advantages. For one, the customer's experience doesn't change: They'll still be greeted at the door by a delivery person, not a drone. Landing the Matternet M2 drones on the roofs of vans also keeps them high off the ground, Mercedes notes, potentially decreasing the risks to nearby pedestrians.

The combination of vans and drones isn't a new idea. Workhorse has tested drone delivery in concert with UPS. Some of the company's Horsefly drones may even get into the field in time for the busy Christmas shopping season. However, Workhorse wants to use drones for the final leg of deliveries, which is the opposite of Mercedes's concept. Amazon also seems to want to use drones for that so-called "last mile" of deliveries.

If the Swiss pilot program goes well, Mercedes will push for greater integration of drones into deliver services. The automaker believes drones could rendezvous with delivery vehicles on their regular routes, adding urgent shipments at the last minute. For that to happen, though, Mercedes and other drone proponents will have to prove to regulators and the public that swarms of drones don't pose a safety hazard.