Volvo's electric offshoot Polestar just unveiled something it calls the "Precept," and like most concept cars it's designed to preview what the brand wants its future cars to look like. And if the Precept truly does end up heralding a new generation of Swedish EVs, the roads of Stockholm are in for a treat because we think this thing is handsome as hell. It might belong to the same basic genre as the Tesla Model S and Porsche Taycan, but in our eyes, the Polestar's design might just trump them both. It looks sophisticated-yet-simple and experimental without being polarizing. Then again, has Sweden ever made an ugly car?

Its headlights are a fashionable creative evolution of the "Thor's Hammer" lamps that characterize modern Volvos while the space between them looks like it has solved the EV "closed-mouth problem" that's made Teslas of late look creepily mouthless. The Precept hasn't resorted to anything as tacky as a fake grille, instead, the darker section at the bottom is cheekily named the "Polestar SmartZone" and it actually houses two radars and a high-def camera that's part of the car's active safety and assisted-driving tech. That tech also uses a LIDAR pod mounted above the windshield, something we think Polestar could've integrated more gracefully. As it sits, it looks as if the car is wearing a tiny hat or somebody, somewhere is missing a WiFi router.

Like the Audi E-Tron, the Precept's side mirrors have been replaced by cameras and screens, as well as the rearview mirror—a solution necessitated by the almost non-existent rear window. Speaking of screens, the Precept gets two of them: a 12.5-inch unit in front of the driver and a 15-inch vertical slate mounted Tesla Model 3-style in the middle.

Polestar hasn't detailed much about the this car's powertrain but did point our attention to the sustainable materials it's used on the Precept's innards. Flax-based composites used for interior panels and seatbacks are said to be 50 percent lighter and create 80 percent less plastic waste than what would typically be used. Recycled plastic bottles have been 3D-knitted into seat surfaces. The carpets here are made out of old fishing nets while recycled cork vinyl has been fashioned into bolsters and headrests.

It's still unclear how soon we'll see Polestar roll out an honest-to-god, production-ready "Polestar 3" inspired by the Precept, but in any case, this concept will be on display at the Geneva Motor Show next month. 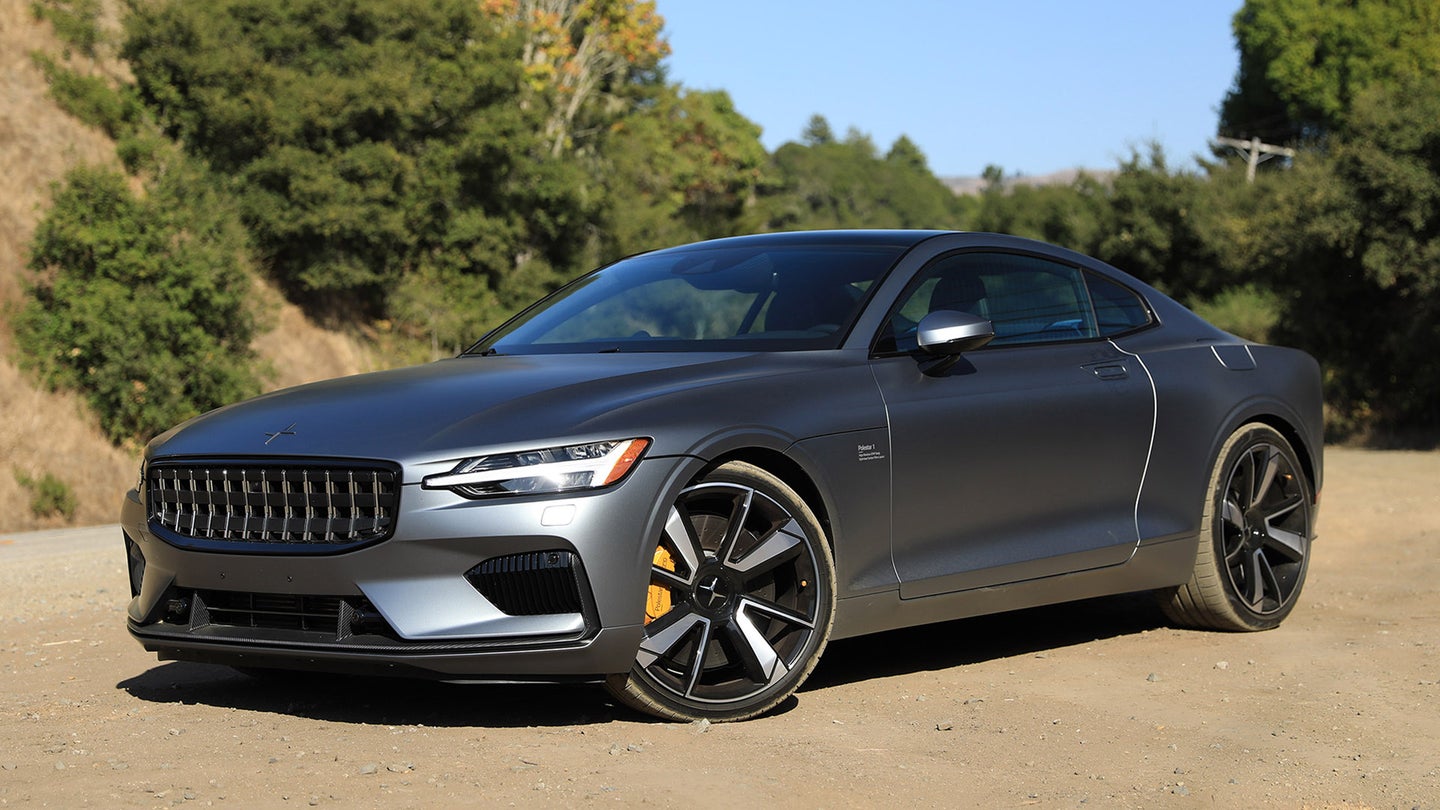 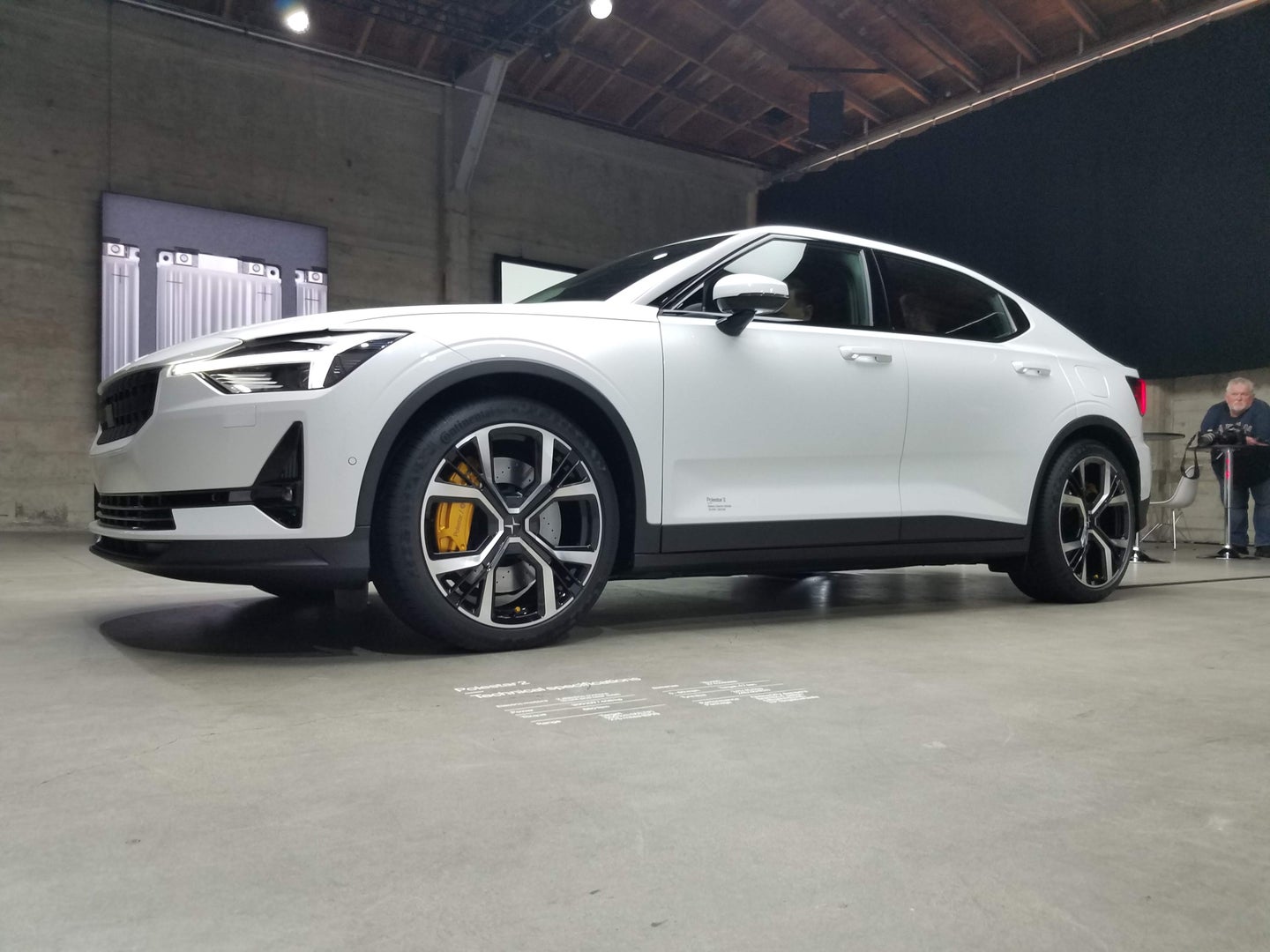 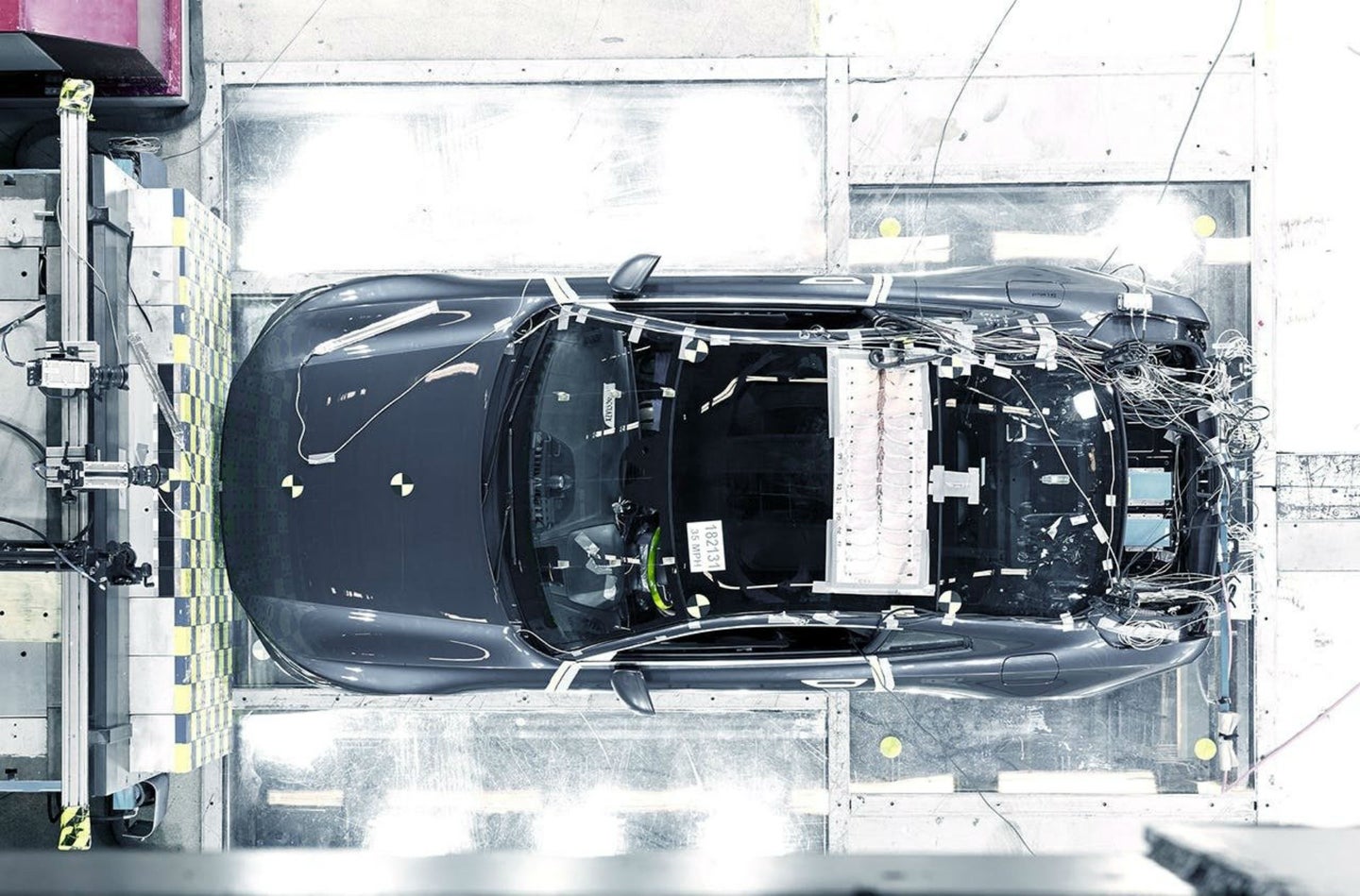