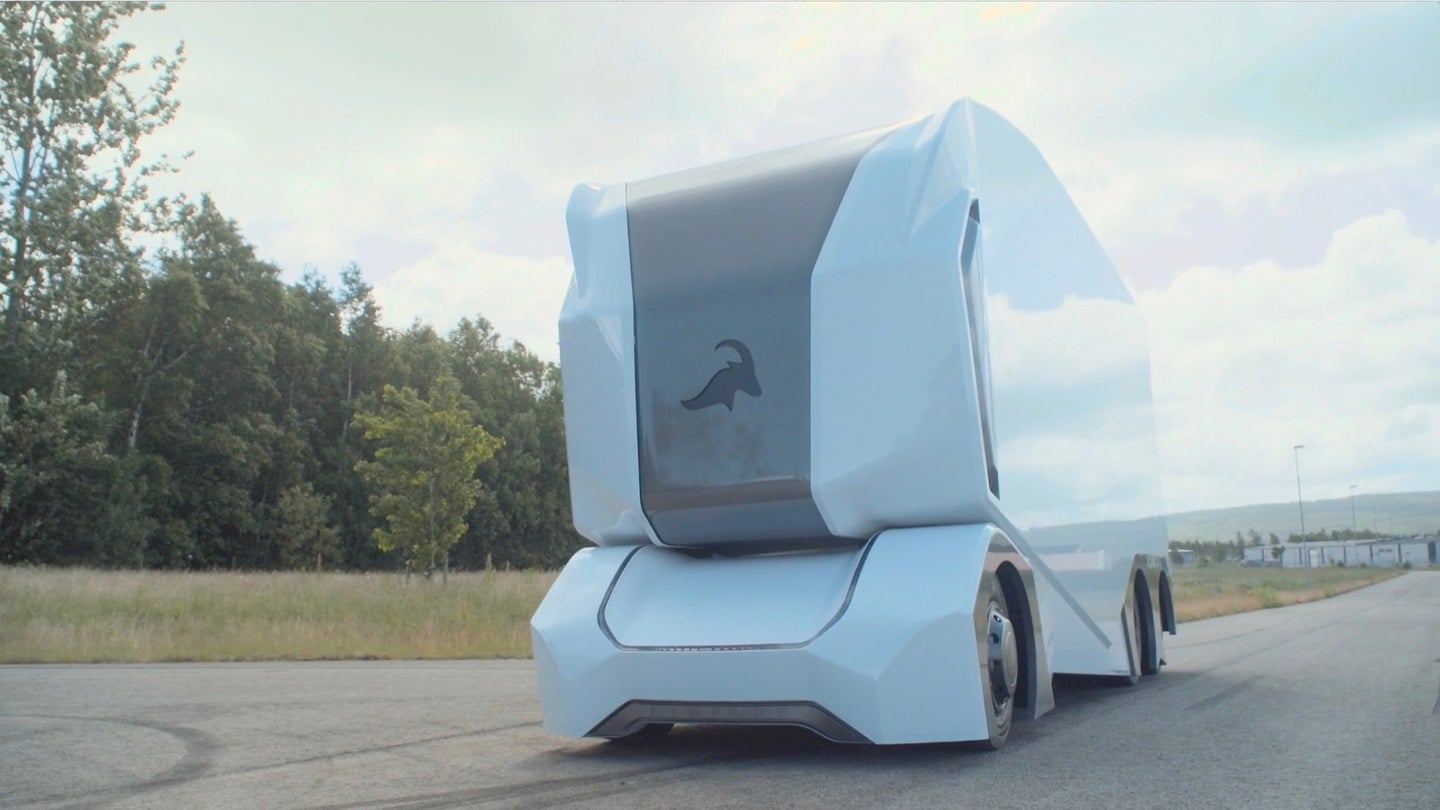 Swedish startup Einride is developing self-driving trucks, and it now plans to operate those trucks in Dubai. The startup and Dubai's Roads and Transport Authority (RTA) have signed a memorandum of understanding, paving the way for autonomous semis to begin hauling freight in the Middle East.

Dubai hopes to make 25 percent of vehicle trips within its borders autonomous by 2030. Einride claims to be the first company to partner with the RTA on autonomous freight transportation but offered no specific details on how it would deploy its trucks in Dubai.

Einride isn't the only company working on self-driving trucks, but it's taking a more extreme approach than the competition. The startup's vehicles don't even have space for a human driver, making more room for cargo. Einride has shown two models: the T-Pod box truck and T-Log flatbed logging truck. Both are all-electric, with an estimated range of about 120 miles per charge.

A T-Pod truck began testing in commercial service earlier this year at a warehouse in Sweden operated by German firm DB Schenker. The truck only operates within the confines of that facility, though, not on public roads. Other companies, including Waymo and startup TuSimple, have tested autonomous trucks on public roads. Anthony Levandowski, the engineer who ignited a trade-secrets battle between Uber and Waymo, plans to bring a semi-autonomous driving system for trucks to market in 2019 under his new Pronto.ai startup.

Autonomous trucks may face even more obstacles than autonomous passenger cars. Recent studies indicate people have a hard time trusting self-driving cars; they may be even more reticent about sharing the road with massive commercial trucks that have no one behind the wheel. Truck drivers will likely oppose automation as well given the threat it presents to their jobs.