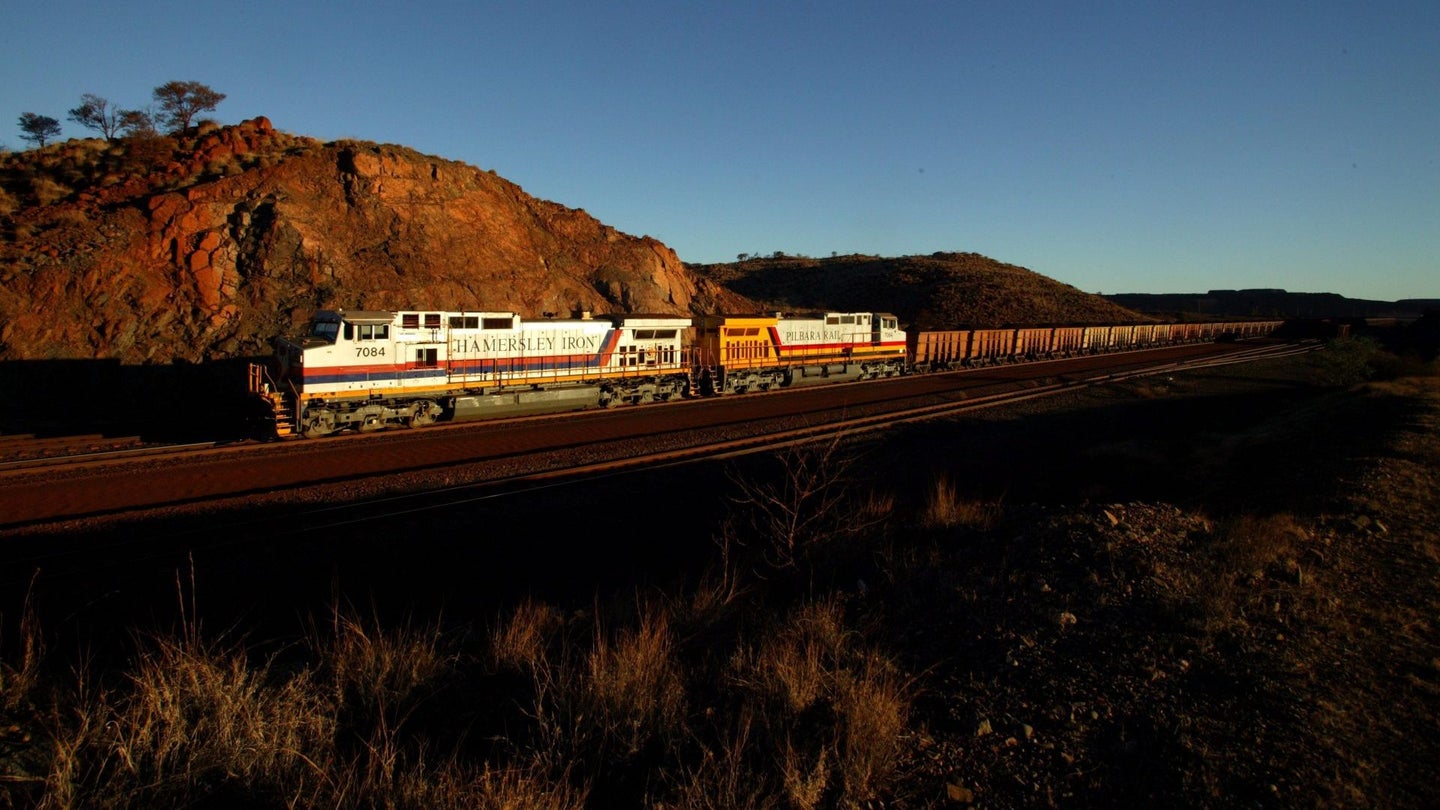 On Monday, Australian authorities intentionally derailed a runaway mining train that escaped the control of its operator.

The Australian Transport Safety Bureau outlined the incident in a report posted to its website, where it states that the train involved was one operated by mining company BHP on the Newman to Port Hedland route in Western Australia. It consisted of four locomotives hauling 268 hopper cars laden with iron ore, together about 1.2 miles long.

According to the ATSB's report and information from Mining Technology, the train paused at 4:40 a.m., halfway along its 422-kilometer route between BHP's Newman Mining Hub, near Hesta. The engineer exited the train to examine a problem with one of the ore cars, and for reasons as of yet unknown, the train recommenced its journey without the engineer on board and proceeded to thunder down 92 kilometers (57 miles) of railway with nobody on board.

BHP was concerned about the damage the train could cause if it were to go through a heavily populated area, and according to Newsweek, opted to remotely derail the train from Perth. The train derailed as planned, damaging approximately a mile of track and piling up the train in a heap, though no people were injured in the incident. No footage of the derailment itself has surfaced, though video of the wreckage can be seen below.

BHP's rail operations will be interrupted for around a week while the accident is investigated by both the ATSB and BHP. During this time, the train will be recovered and rail repair may begin. A full report on the accident is expected by the end of June 2019.

The companies are studying technologies that could allow trains to travel at 4,485 miles per hour.

Construction is set to begin in the third quarter of 2019.