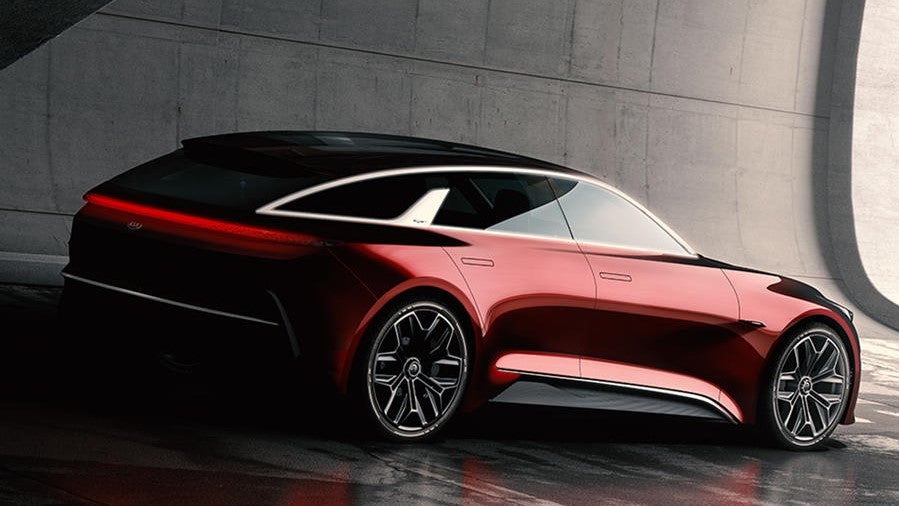 Kia has given us a glimpse at a new concept they’ll be bringing to the Frankfurt Auto Show in September. In the spirit of the Korean brand continuing a departure from its reputation for making low rent compacts, this new concept is a slick, five-door shooting brake with a decidedly premium look. At first glance, it reminds us of the Porsche Panamera wagon.

Kia calls it an “extended hatch,” so I guess we’re not supposed to call it a wagon. It has a sculpted body, big wheels, a sloping rear quarter, and a long, horizontal tail light. We don’t get a good look at the front of the car, but from what we can make out, the front will probably look similar to the Kia Stinger.

Autocar speculates that this new car being teased will be a variant of the Cee’d. The Kia Cee’d is a Europe-only compact similar to the Kia Forte and Hyundai Elantra. The biggest difference is that every Cee’d has a hatch. It’s available as a three-door hatch, a five-door hatch, or a longer five-door wagon.

That being said, if some version of this concept does see production, it’s unlikely it will come to the U.S. It’s risky enough for Kia to sell the Stinger here in the States while crossover-mania is going on, to add a shooting brake to the lineup would likely be a loss leader. However, if a Kia Stinger GT wagon were to come to American showrooms, you wouldn’t hear any complaints from us.

European-influenced and luxurious for its class, it will get you from point A to point B in style.