A British tuner shop is selling an incomplete Subaru WRX STI 22B replica with a twist: it's in three-door wagon form, as reported by CarScoops. Finally, it's your opportunity to score a highly unique shooting brake that will dominate all at your local Cars and Coffee.

The Subaru Impreza 22B STI is a rare beast, with just 424 built in total. The special widebody build came as a two-door coupe, with the turbo four-cylinder engine bored out to 2.2-liters and delivering 276 horsepower. Drive was sent to all four wheels via an electronically adjustable center diff with a mechanical LSD at the rear. It also featured a unique hood, fenders, an adjustable rear spoiler, upgraded Bilstein suspension, and a host of other performance-enhancing touches. Good examples of the 22B command prices well into the six-figure range.

This has driven shops like the UK-based Scoobyclinic to offer replica builds, converting four-door models into widebody coupes that ape the aggressive 22B look. The tuner shop relied on that concept when it kicked off this particular build in 2008. However, it started with a five-door STI wagon instead, aiming to create a three-door shooting brake 22B tribute.

To achieve this, a set of longer doors from the two-door WRX STI Type R were fitted, and the B-pillar was moved rearward in turn. Elements of a 22B bodykit were also fitted to continue the theme, and a roll cage was installed inside to add strength. The result was a compact three-door body shell with pumped front and rear arches and a mean look in a classic Subaru blue.

Sadly, years passed and the car was never completed. While the body looks great, the car is only a rolling shell and doesn't feature a full drivetrain or interior. Wheels are also not included; those pictured are just used to move the car around the shop. The build needs wider wheels anyway to fill out the gorgeously fattened guards.

The shell is being offered for £10,995, or around $13,400 USD. If you've dreamed of building a lean, mean Subaru shooting brake, that might seem like a fair price. Alternatively, you might think it's a lot to ask for a hacked-up STI shell with no drivetrain, no wheels, and no room to fit a rear seat thanks to the roll cage.

Fundamentally, though, for the right buyer, this is a great opportunity to build a unique Subaru with the tough bodywork part already done. Assuming it's been put together properly, it would be fairly straightforward for a backyard mechanic to drop in an STI drivetrain and get going.

With that said, if the pros didn't finish the job, one might want to ask why. Buying someone else's project is always a risk, but it is as they say: fortune favors the bold. Good luck!

Got a tip on a news story? Let the author know: lewin@thedrive.com 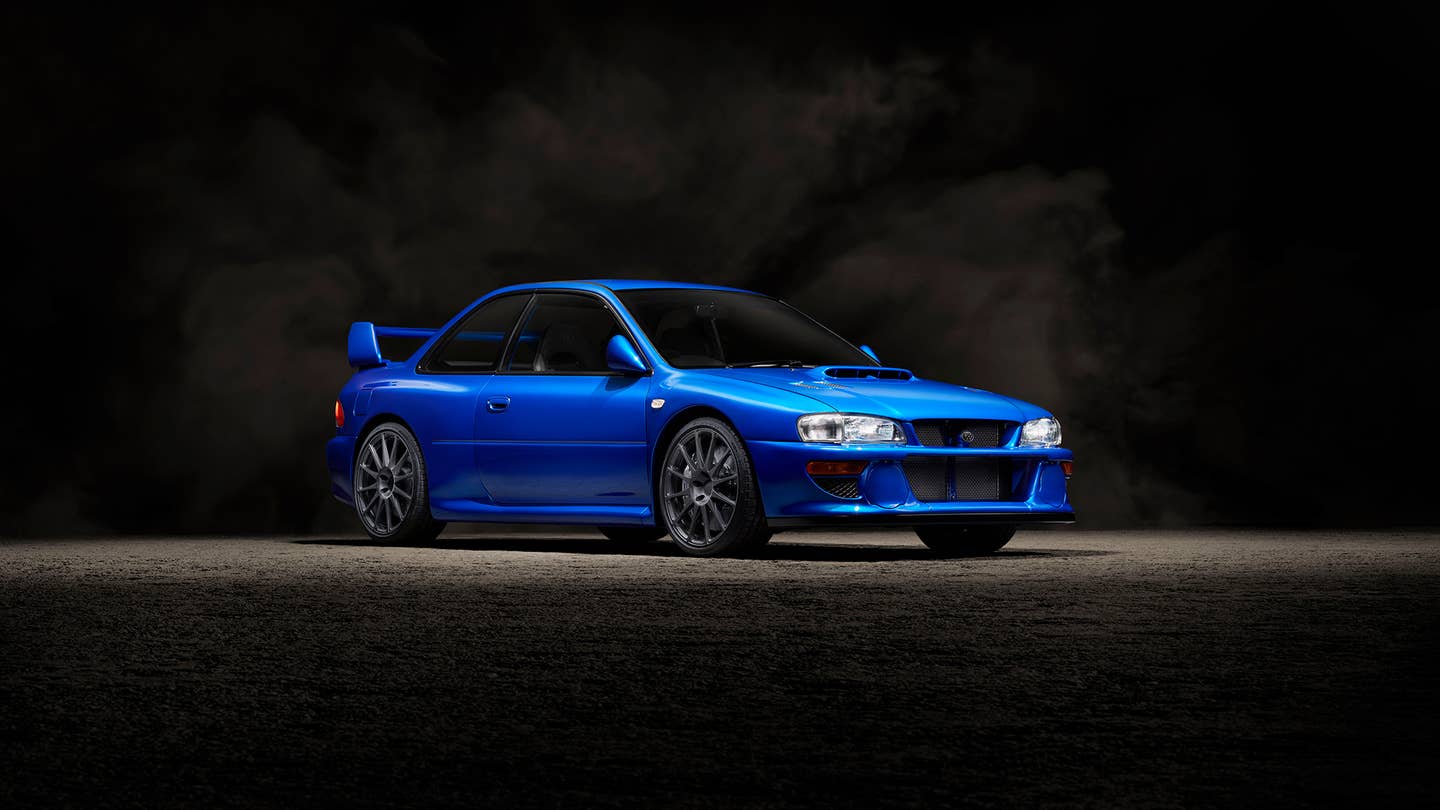 The 22B’s a great car, but you don’t need to spend six-figs on a museum-quality original. 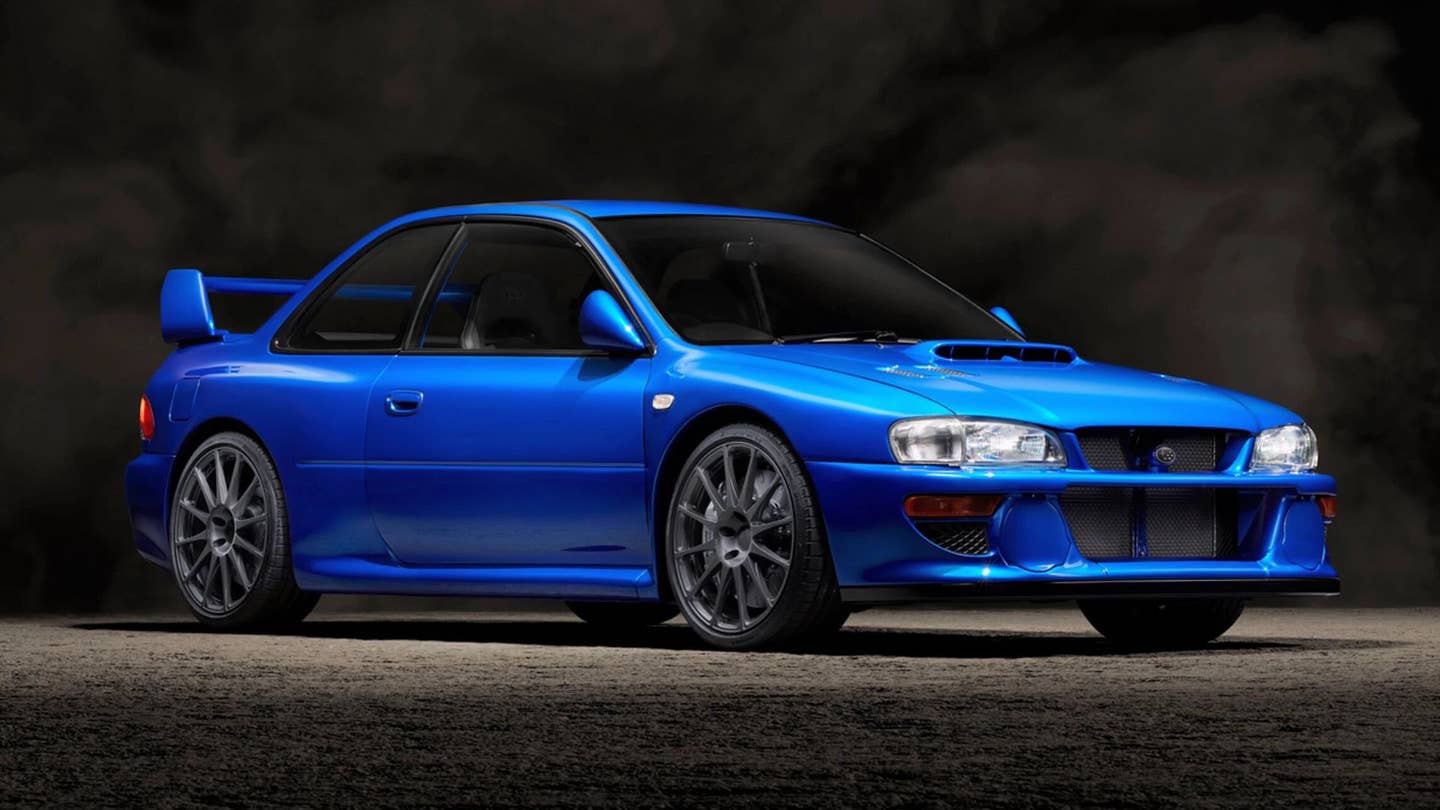 Only 25 of these beauties will be available for purchase, and you’re going to want to brace yourself for the price tag. 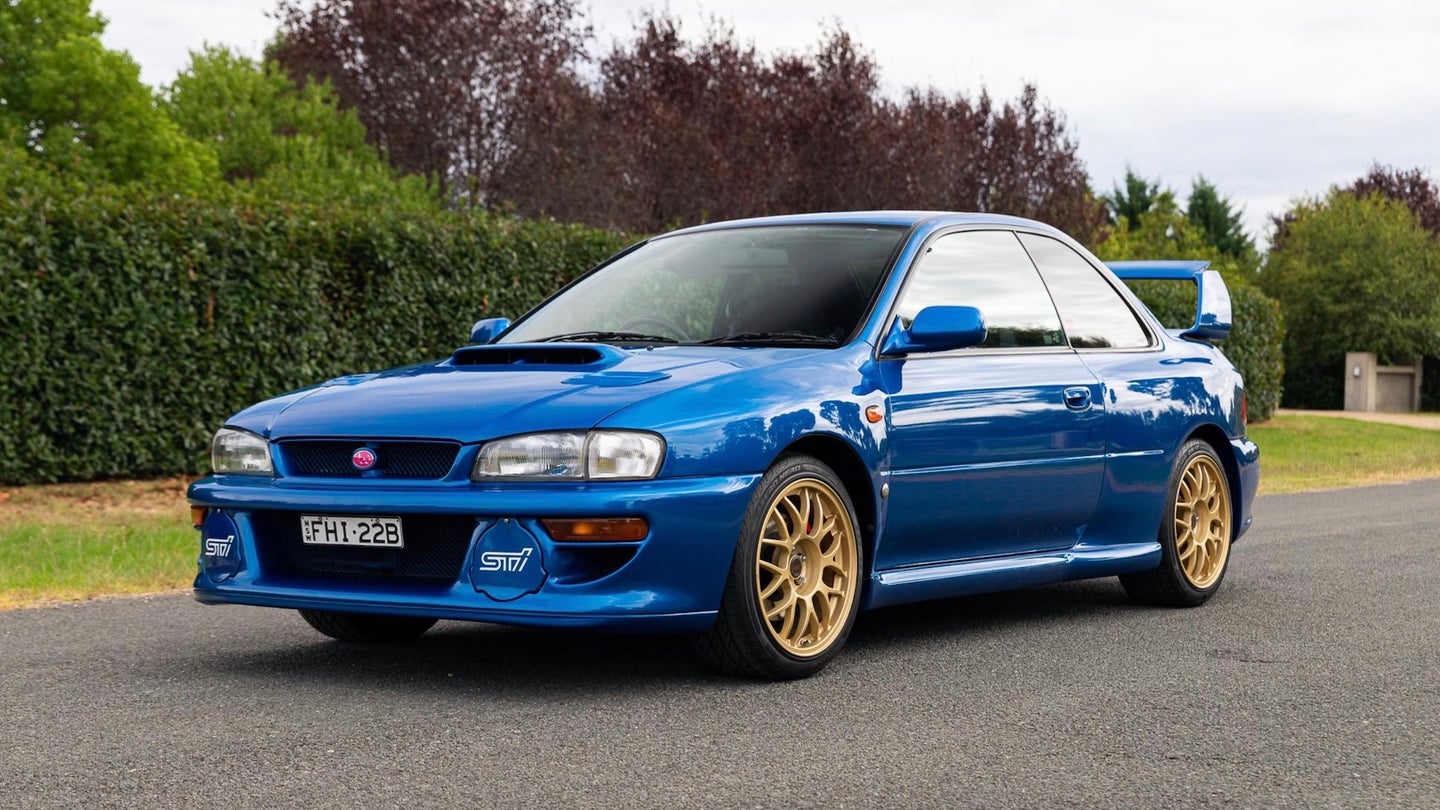 In remembrance of the STI, scoop up this gem—provided you have lots of money.