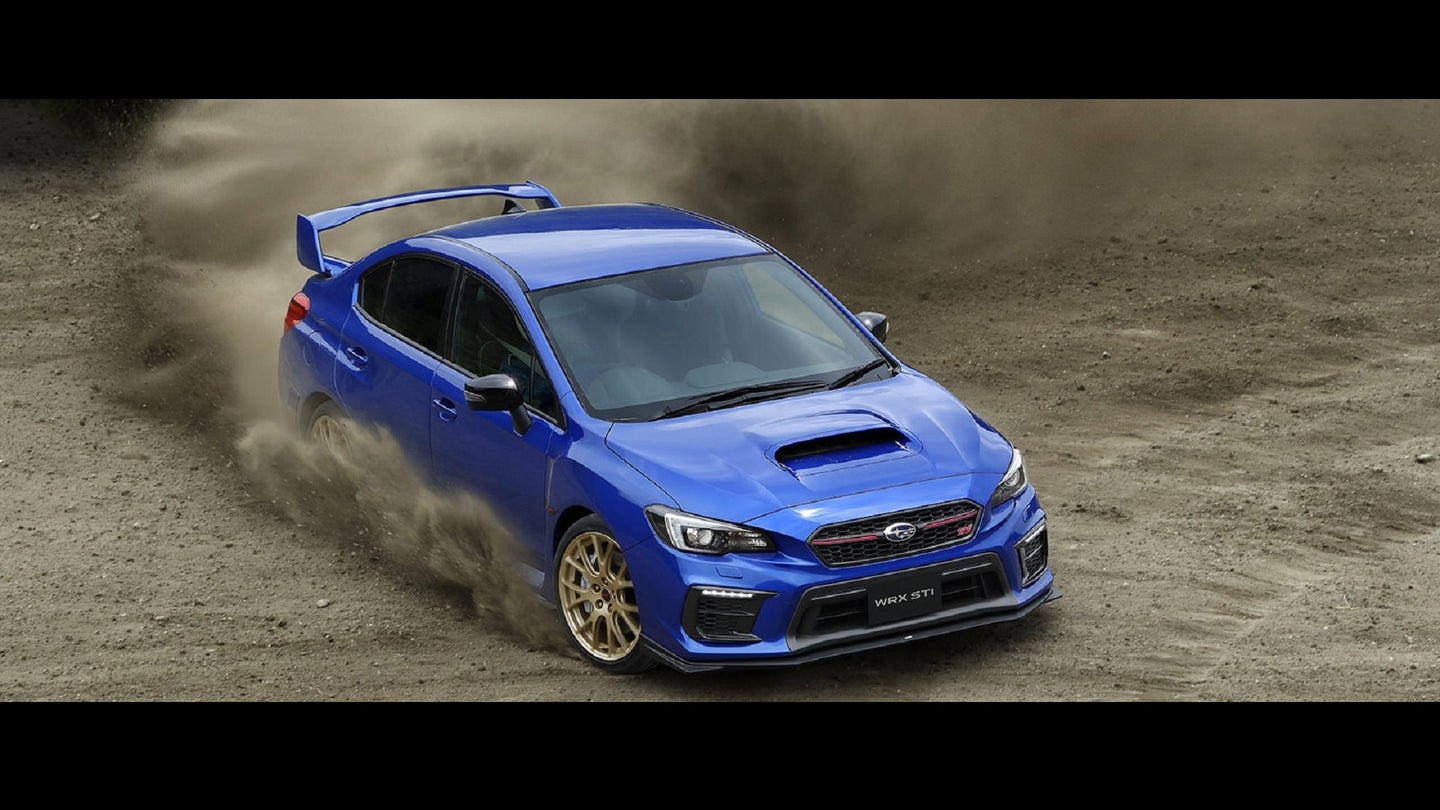 Subaru is waving goodbye to the Japan-only EJ20-powered WRX STI and introducing a special edition of the performance four-door. Aptly called the WRX STI EJ20 Final Edition and limited to just 555 units, the special STI will have its allocations determined via lottery, rather than be sold to whoever has enough cash to throw at dealership markups.

Other details on the car are scarce but judging by the released photos, the EJ20 Final Edition STI will get the same 19-inch gold BBS wheels as the S209 and an "EJ20 Final Edition" engine plaque.

As part of its announcement, Subaru says orders for the WRX STI equipped with the 2.0-liter EJ flat-four engine will close at the end of 2019, hence the "Final" in EJ20 Final Edition. It's a motor that's been around since 1989 when it made its first appearance in the Legacy. Meanwhile, in the U.S., the current WRX is powered by a turbocharged FA20 while the STI stubbornly uses the ol' EJ25 that's been around since the late-'90s.

While the EJ20 Final Edition's announcement and existence technically don't mean anything as far as the U.S. and other markets are concerned, it certainly gives more weight to the rumors that Subaru is planning on finally giving the WRX STI an all-new motor for its next generation. Last month, a report speculated that the 2021 WRX STI would get a larger-displacement version of the BRZ and Toyota 86's FA20 engine producing 315 horsepower, five more than the car currently offers.