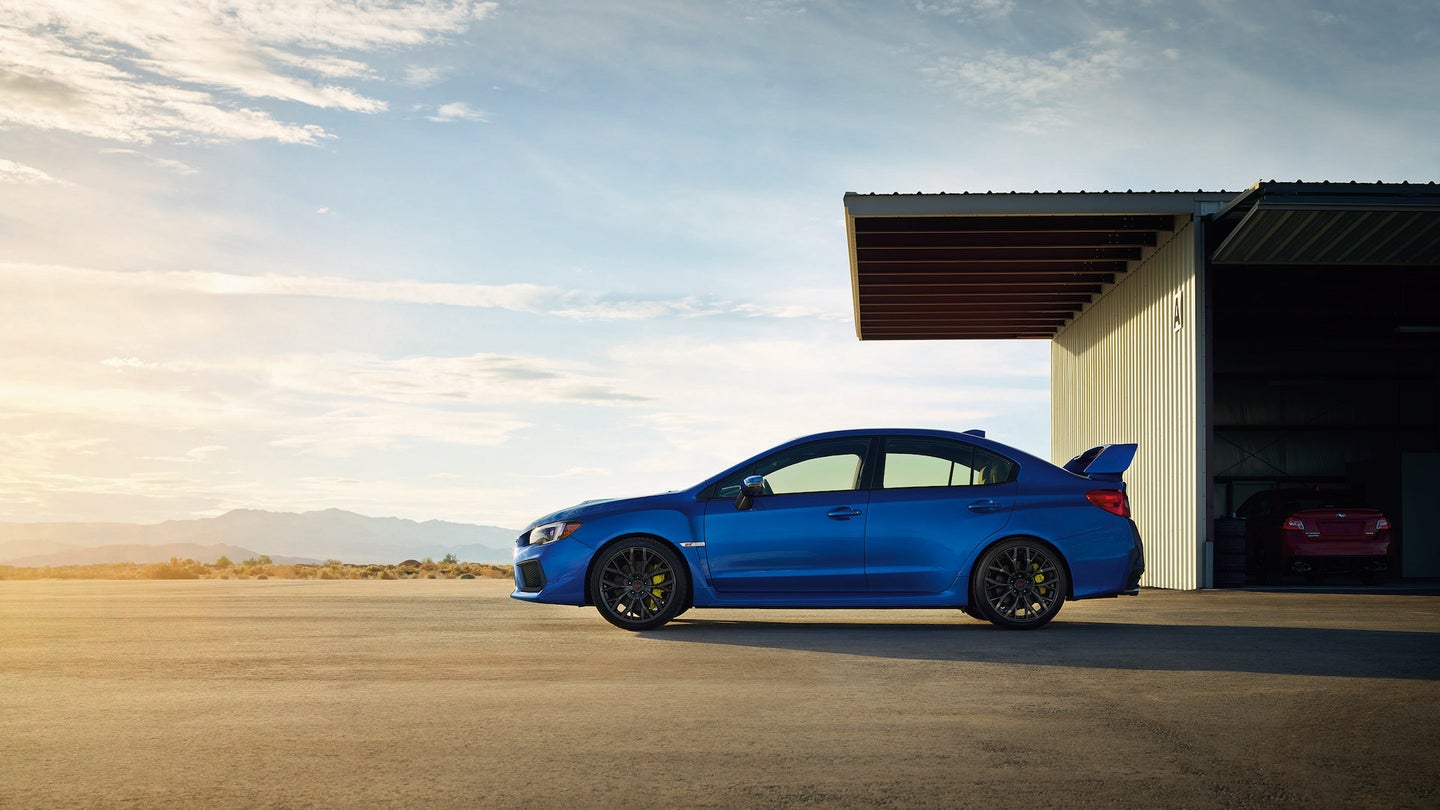 In its next iteration, the Subaru WRX STI—as well as its more civilian WRX brethren—could reportedly abandon its current four-door body style to bring back the coupe format not seen since the rally-inspired car's first generation.

Japan's Best Car claims the new two-door WRX could use an updated version of the current 2.0-liter turbo power plant, the FA20. This echoes a prior story that the FA20 would stick around in the new WRX and would be paired exclusively to a continuously variable transmission (CVT) with sport shifting modes. It will reportedly use an improved version of Subaru's performance all-wheel-drive system, upgraded with the help of Toyota.

More significant but still incremental powertrain updates will reportedly come to the WRX STI, which is apparently set to retain a six-speed manual transmission and upgrade to Subaru's turbocharged, all-aluminum FA24. This engine has also been identified as a possible power unit for the next generation of Subaru BRZ/Toyota 86, known to some as the Toyobaru.

Though Subaru has committed to building all near-future models on the Subaru Global Platform or "SGP," which platform the WRX and STI will use remains uncertain. It could possibly share a platform with the BRZ/86, although the sports car twins may jump ship and be built on Toyota's TNGA platform as opposed to Subaru's SGP.

Best Car also alleges that a performance model smaller than the current WRX—with performance equivalent to the outgoing STI—is also in the works, and will be co-produced by Toyota. It too will reportedly feature AWD and could be based on the new generation of Toyota Yaris. As such, if this hot hatch is real, it may not be sold in the United States as Toyota discontinued the Yaris earlier this year.