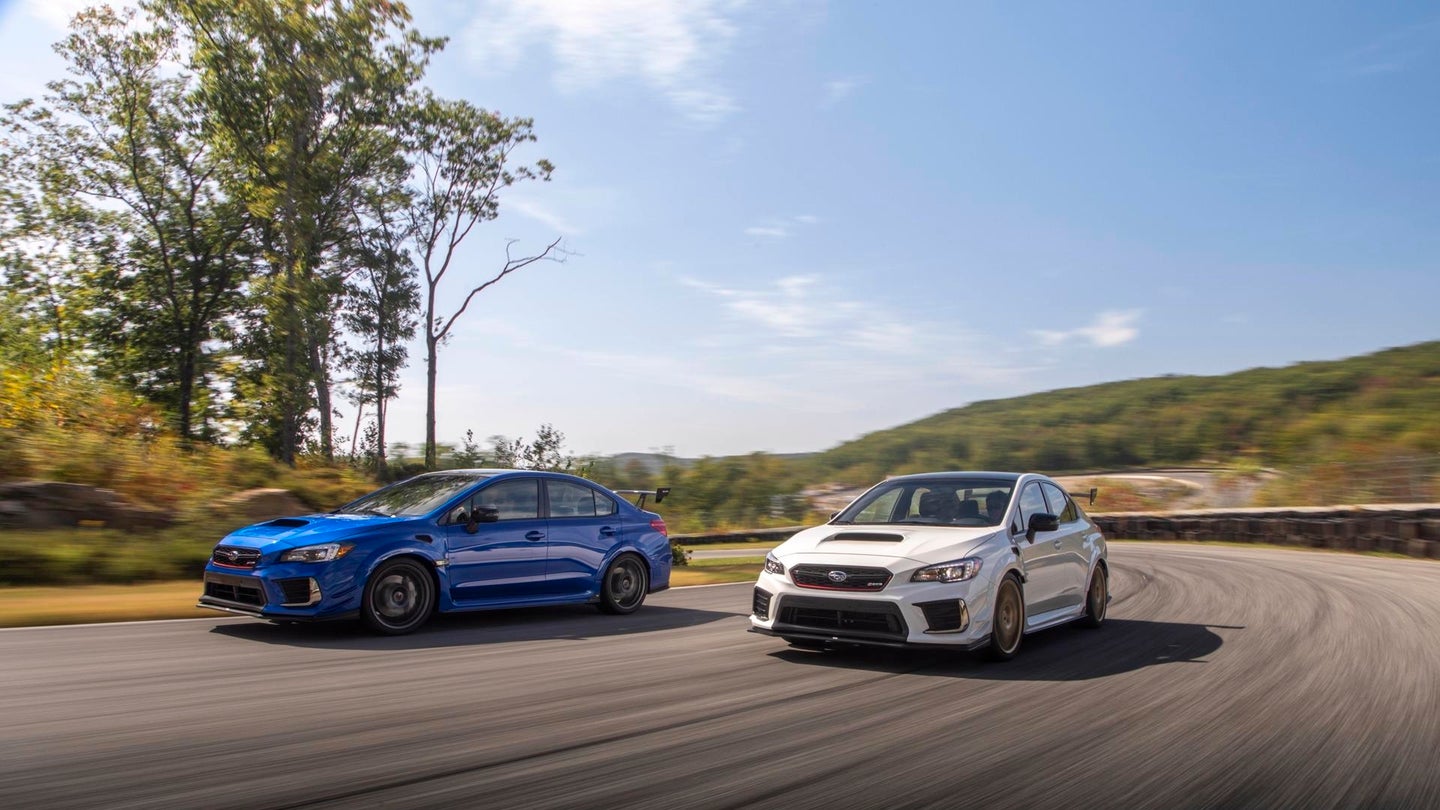 The WRX STI is an aging performance product. Subaru knows the current STI will, apparently, be replaced very soon and the company has ensured its retirement not to be boring with the 2019 Subaru STI S209. With more horsepower, brake performance, wings, and winglets, the STI S209 embodies the idea of more-more. That includes its chest-grasping price tag.

Starting at $63,995, and excluding the $885 for Destination and Delivery, the 2019 Subaru STI S209 is the most expensive Subaru ever, beating out the brand's Ascent which customers could option to just under $55,000. For that $60,000 and change, you’ll get a reworked EJ25 2.0-liter turbocharged boxer engine developing 341 horsepower and 330 pound-feet of torque.

The STI S209 also sees new Bilstein dampers, stiffer coils, a beefier rear sway bar, and a new “flexible” front strut brace. As for the exterior, the STI S209 finds itself fitted with a host of the brand’s Nurburgring Challenge race car tech, including the rear wing, the front canards, side spoilers, diffuser, and the car’s carbon-fiber roof. Customers will also get a handful of new interior options, including Ultrasuede, new badges, and some stitching and embroidery.

Only 209 STI S209s will ever be built and unlike previous special edition Subaru STIs, the STI S209 is exclusively for the U.S. market. That said, $63,995 is a lot of flat-brim caps. But as mentioned, the WRX STI’s life is supposedly coming to an end. Who knows what Subaru has in store. This could be the last great WRX STI. Or it could just be a hella expensive one.

So what’s your take? Are you about to drop $60,000 on a Subaru, or would you rather have the new Toyota Supra? Drop a comment below.