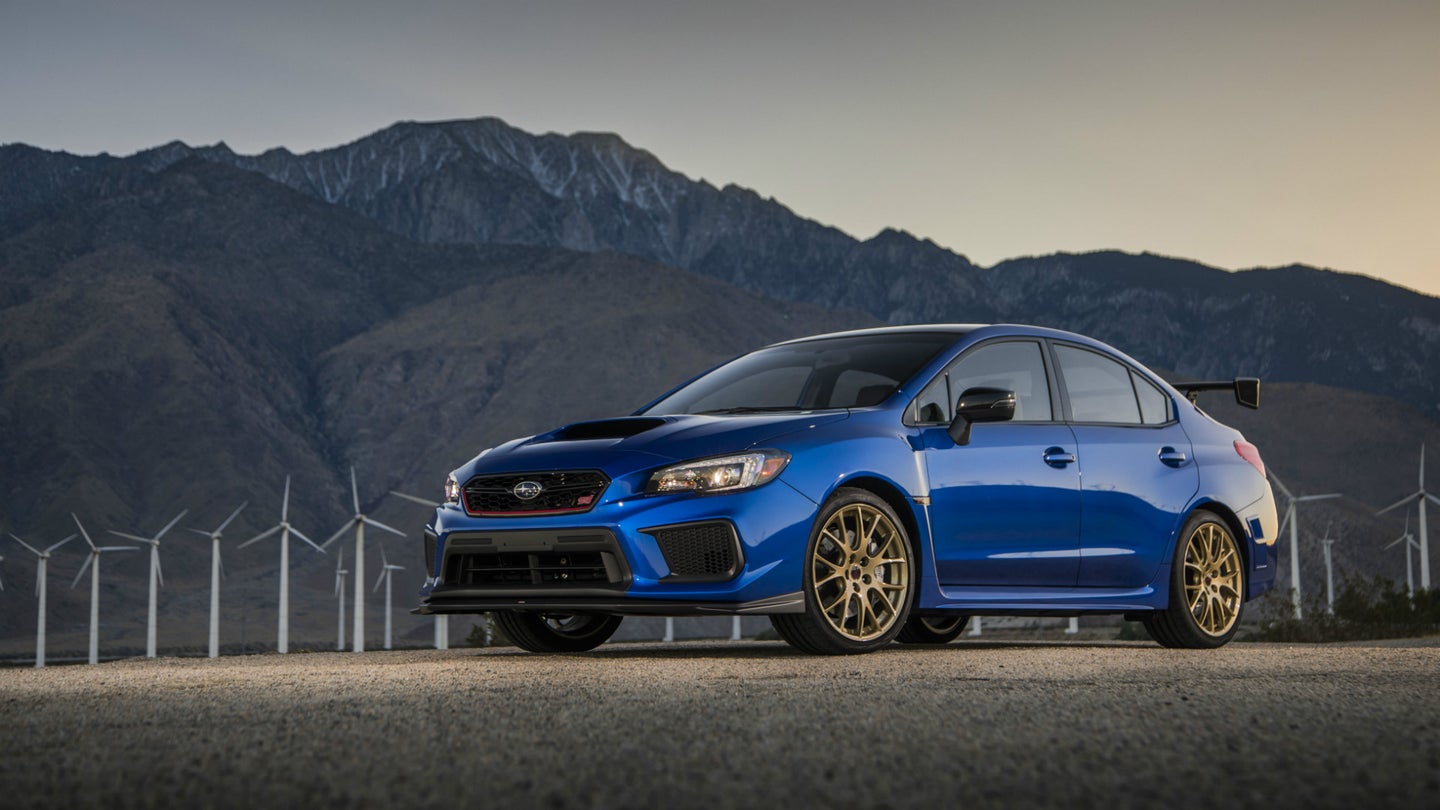 Subaru released the current-generation WRX and WRX STI in 2014 which, in today’s fast-paced sports car market, is an eternity ago. Although Subaru has improved both models incrementally, a more comprehensive overhaul would help them compete with the likes of the Honda Civic Type R, next-generation Volkswagen Golf R, and Hyundai Veloster N. According to a new report out of Japan, that overhaul is imminent.

Japanese publication Best Car reports Subaru will reveal its fifth generation WRX and WRX STI soon, possibly at the upcoming Tokyo Motor Show. The updated models will be based on the company’s new global platform, which Subaru has said will underpin all of its forthcoming models. As for performance, while the 2.0-liter turbocharged flat four (FA20) engine in the WRX won’t be changed, Best Car reports, the aging 2.5-liter turbocharged (EJ25) in the WRX STI will be.

Best Car speculates that after 23 years in service—having been introduced in 1996 in the Subaru Legacy 2.5GT—the EJ25 will finally be retired from service, to be replaced with a higher displacement version of the FA20. That version will likely follow on the 2.4-liter powering Subaru’s latest Outback and new Ascent SUV.  Accordingly, both the WRX and WRX STI will get slight power bumps, the publication reports, with the WRX STI only seeing five horsepower more than the current 310.

The outlet also reports enthusiasts need not worry about losing manual transmission. "The [6-speed MT] is essential for the Nürburgring 24-hour race, which is the main battlefield," Best Car reports, "and there seems to be no two-pedal specification. On the other hand, WRX...will be dedicated to CVT like the current model, but will adopt the evolution version of Sportstronic that allows more linear running.” Japanese domestic market WRX and WRX STIs get slightly different specs than North American cars, which is likely what the outlet means concerning the availability of the CVT.

With the aging Subaru WRX and WRX STI up against stiff competition in their segment, the rally-bred twins are still performance bargains, if in need of some performance freshening. The Drive reached out to Subaru for comment on the validity of Best Car’s reporting. A spokesperson said that there was nothing to report at this time.