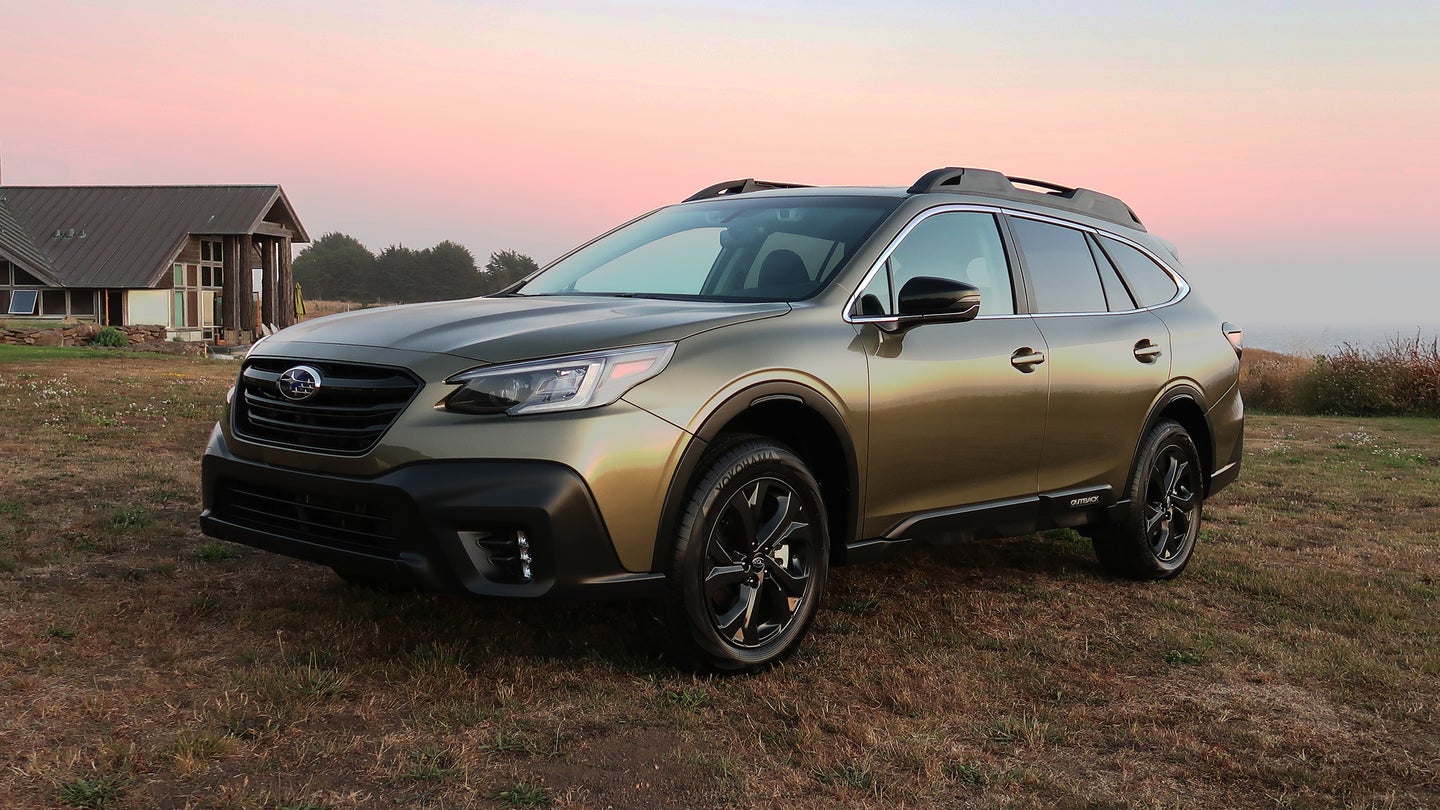 Next time some car nut’s droning on about under-appreciated station wagons, listen for the laughter from Subaru. For 25 years, the company’s been hiding the most successful wagon of the modern era in plain sight. Granted, no one born before last Tuesday would compare the Outback with, say, a Buick Roadmaster, at least without a healthier application of fake wood paneling.

In reality, with high ground clearance and respectable off-road capability, the Outback is the archetype midsize crossover SUV. It topped that category in 2018 with 178,854 units sold, all despite a low roofline relative to newer competitors and a hard stop at two rows of seats.

A year-over-year decline of 5.3 percent from a sales peak of 188,886 in 2017, and slightly weaker results so far in 2019, might be explained away by widespread softening in the industry. Then again, stiff competition in the segment as a whole, and from Subaru’s own three-row Ascent crossover, may be starting to blow up the Outback’s hard-earned spot as the brand's best-selling vehicle.

Among loyal buyers, however, the Outback is an institution, and keeping it relevant to fans is crucial to its survival. Since the last generation, introduced in 2015, the Outback’s interior design, assistance tech, infotainment, and fuel efficiency from its most powerful engine option slipped out of date. For 2020, the Outback is fresher in all three areas, has more rear legroom, and despite an incremental change in style, rides on Subaru's stiffer and more absorbent (in a crash) new Global Platform.

The 2020 Subaru Outback, By the Numbers 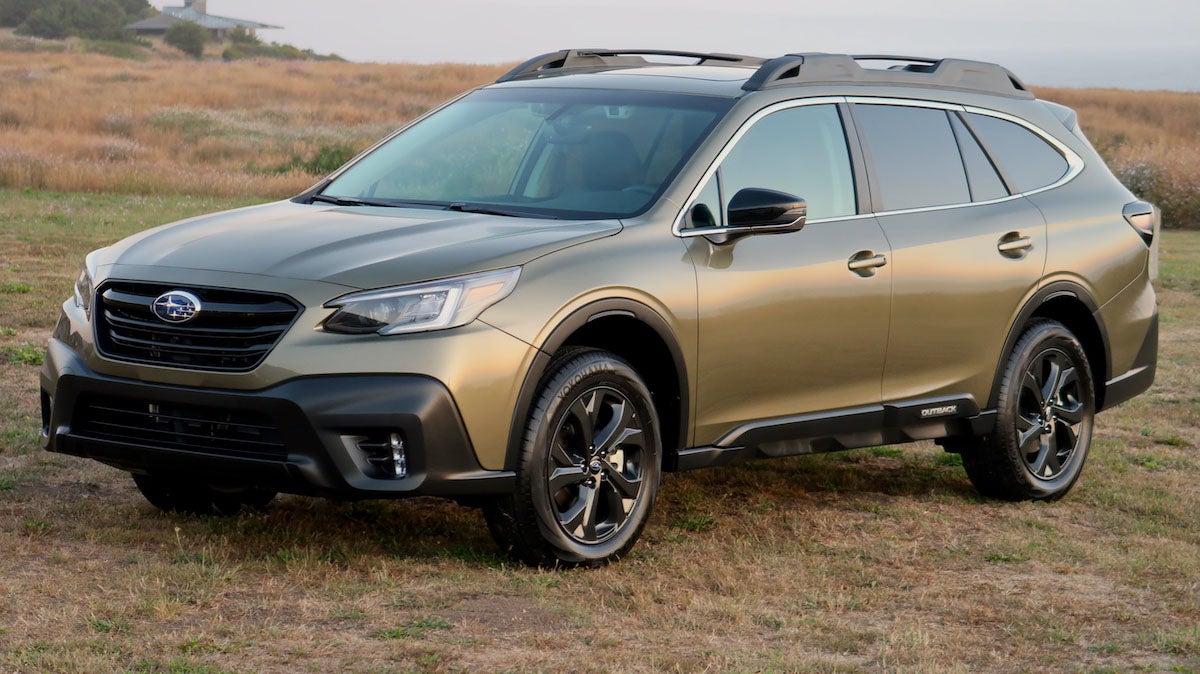 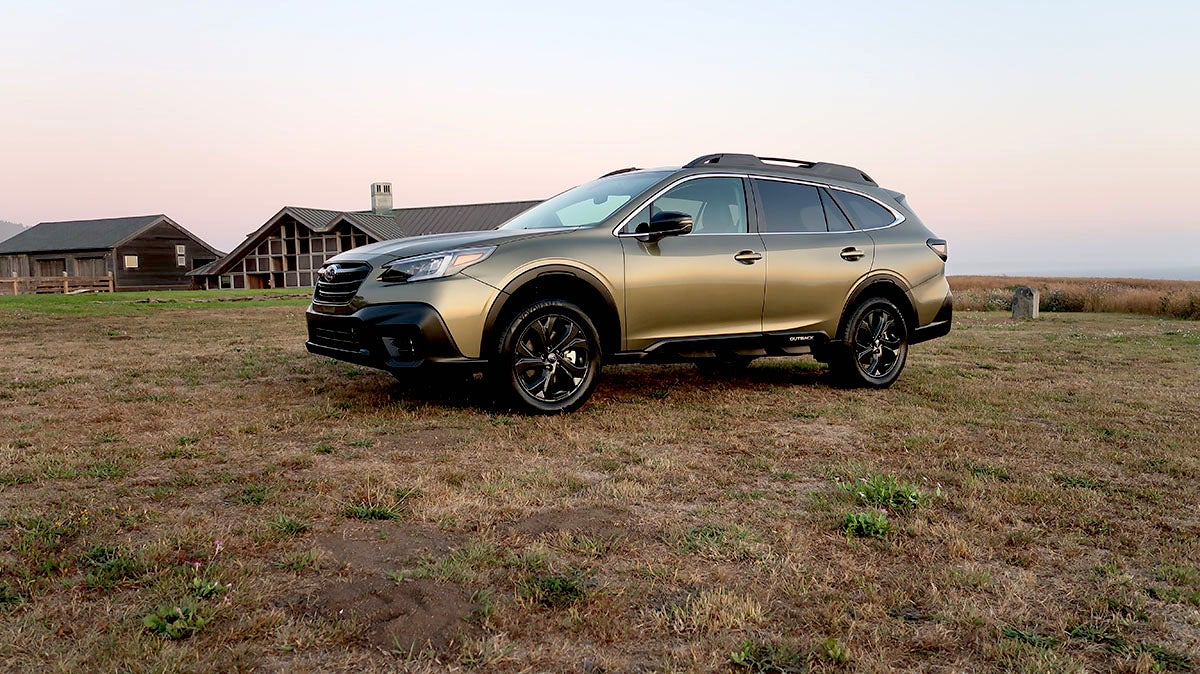 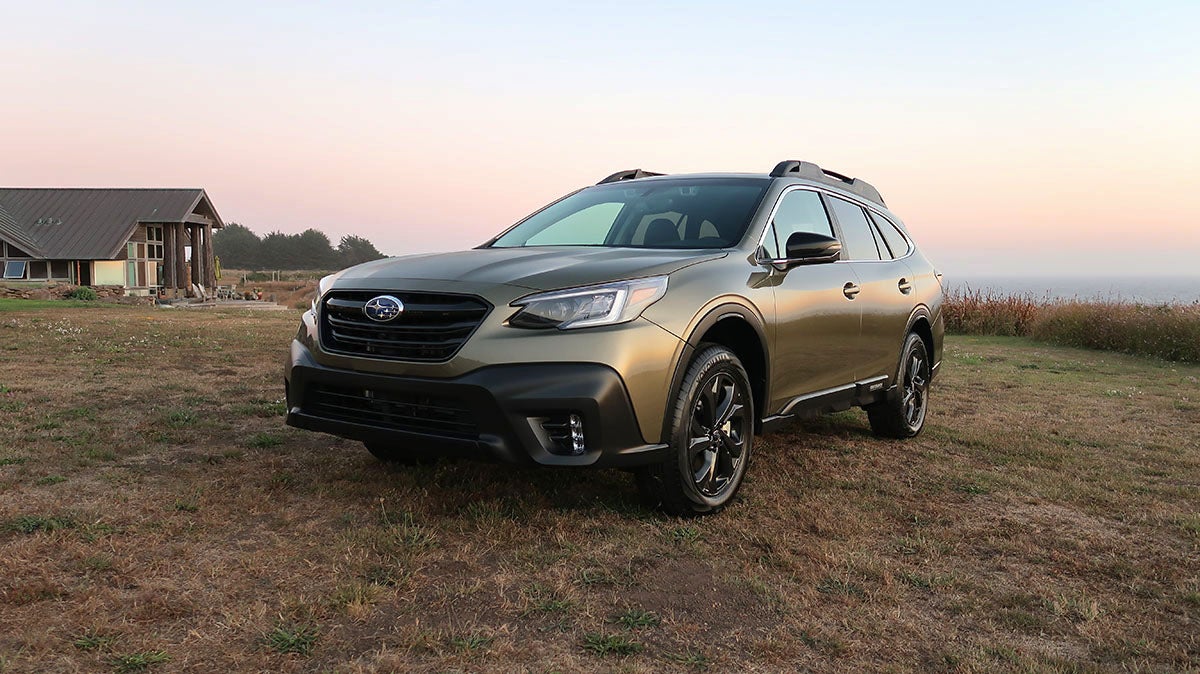 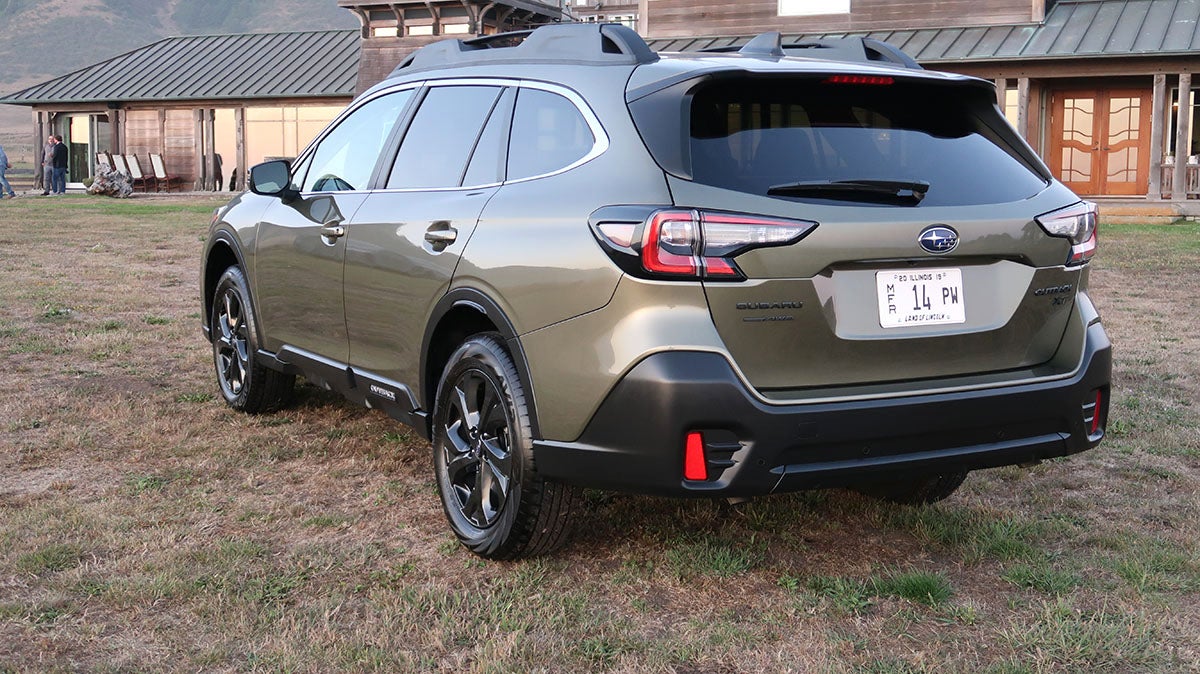 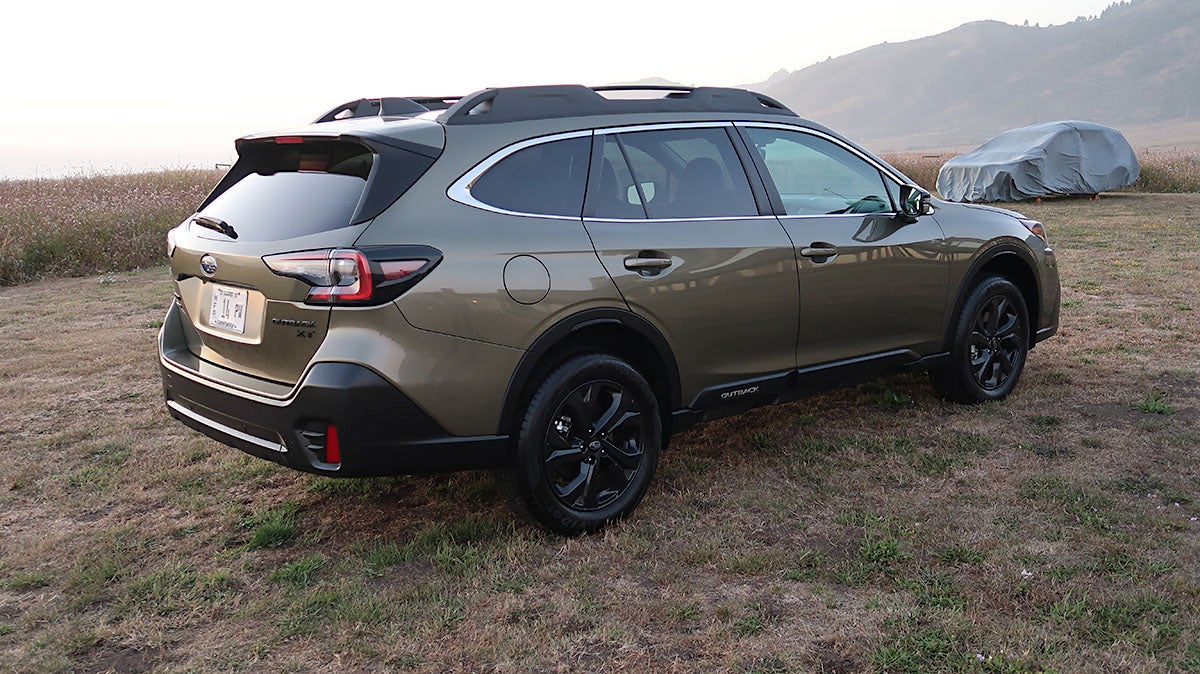 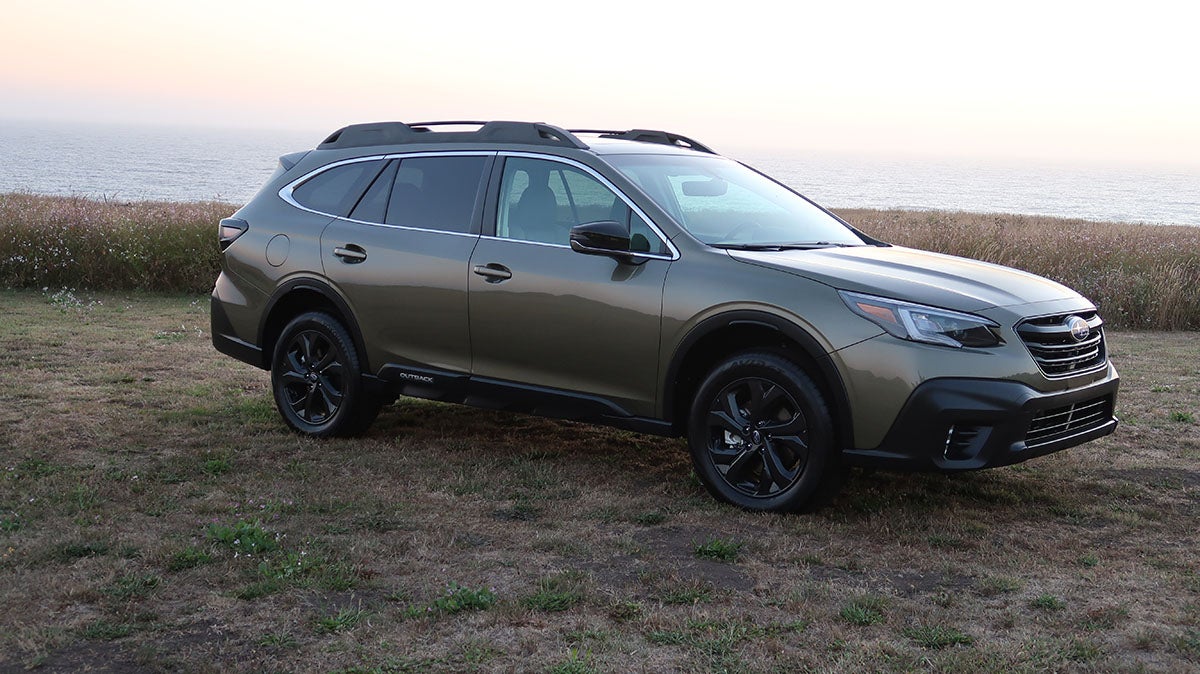 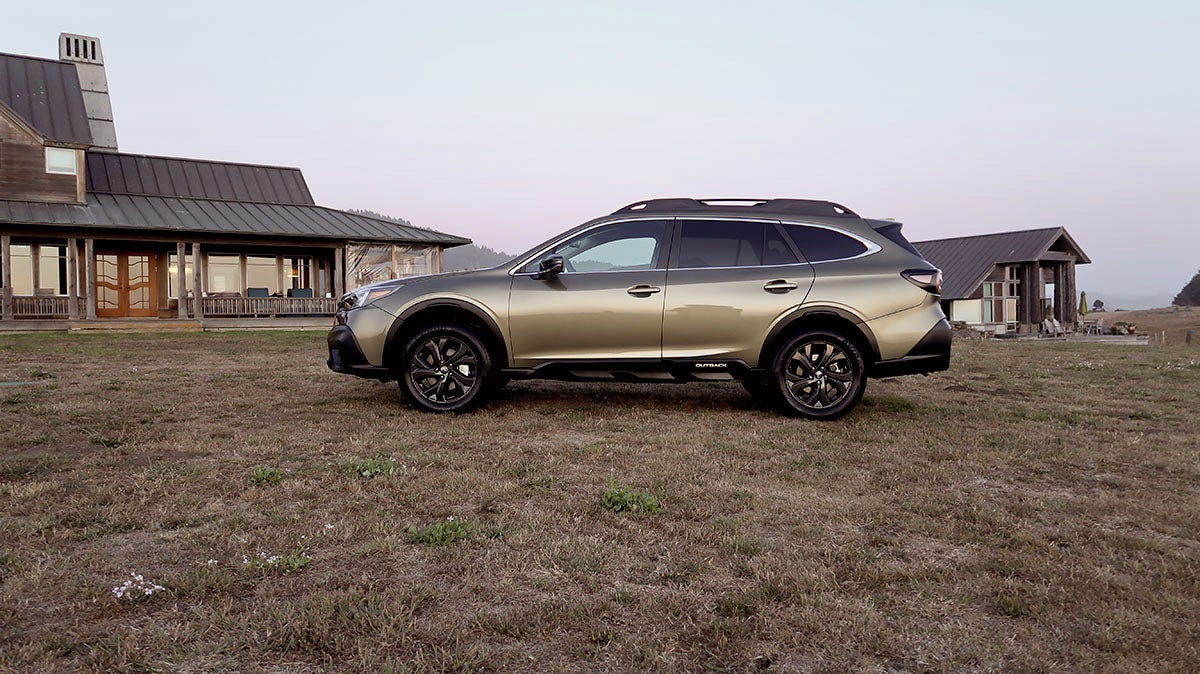 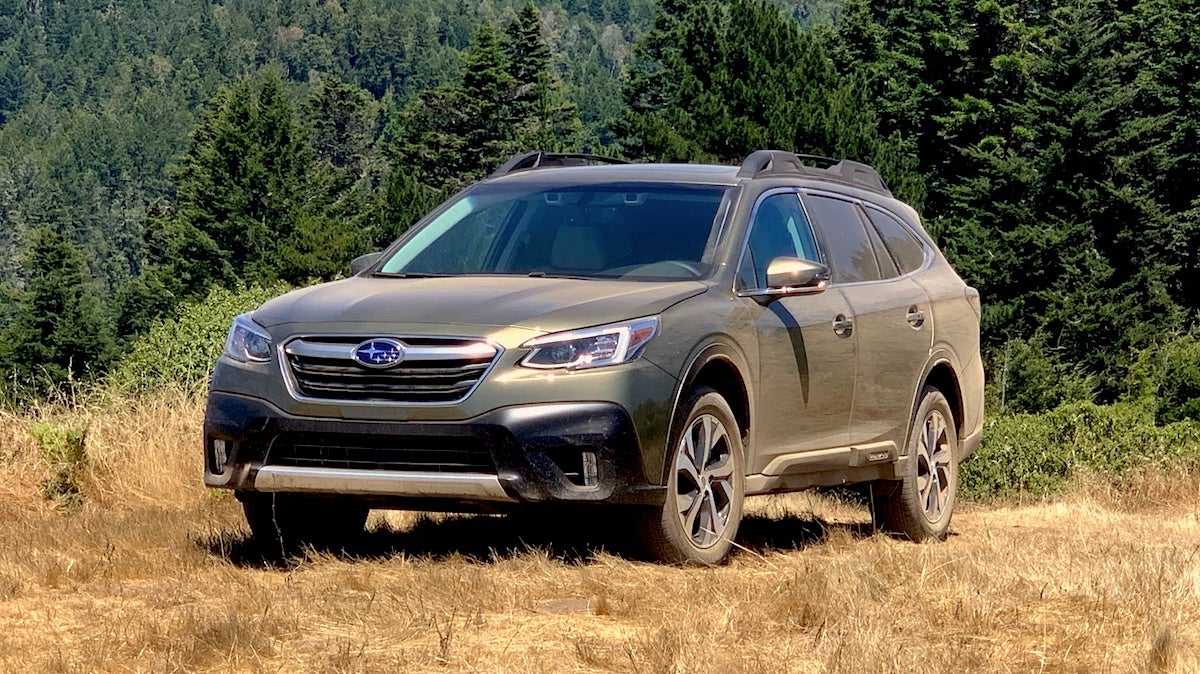 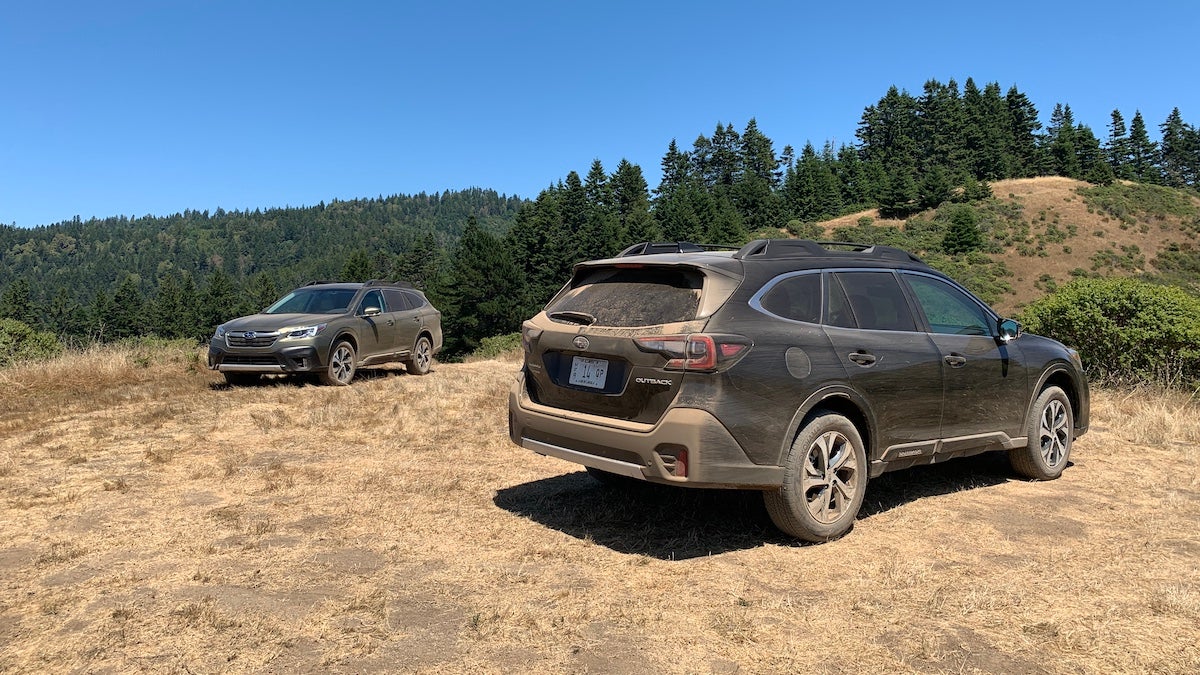 Off-Road in the Outback

We sampled two versions of the updated Outback along the coastal highways around Fort Bragg, California: an Outback Limited, powered by the 2.5-liter, naturally aspirated base engine, and an Onyx Edition XT with the 2.4-liter turbo. We also took the Limited model on an off-road course, climbing and descending along a dirt trail that wound around the Douglas firs and redwoods of California's Mendocino National Forest. The terrain comprised what off-roaders might call “green lane,” with some hill climbing that maxed out at around 15- to 20 percent angle of attack, and a couple of full-articulation three-wheel sections. It wasn’t a particularly gnar sesh for dirt heads, but it was at the upper end of what a typical Outback user might encounter on route to a sweet kayak launch or camping spot along an average mountain pass. After all, according to Subaru, one quarter of Outback owners do take them off road.

The course was largely a test for X-Mode, Subaru’s anyone-can-do-it assistance system for traveling off-piste. It’s designed to maximize the crawl capacity of a vehicle hamstrung by the triple liability, in off-roading terms, of a continuously variable transmission, open differentials, and an inexperienced driver behind the wheel. To do so, the system employs everything at its disposal: It holds the CVT in its lowest “ratio;” applies more clutching force at the open diff to increase lockup (and engage front-rear torque transfer more evenly during wheel slippage); heightens the sensitivity of brake-based torque vectoring to push more torque to higher-traction wheels earlier and quicker; and engages hill descent control, which controls brakes, gearing, and throttle to assist on the downhills.

Even with the Outback’s considerable front and rear overhangs (angle of approach is 18.6 degrees; the angle of departure 21.7 degrees), the result was a successful drive over moderately challenging terrain by an inexperienced off-road driver. X-Mode proves that even 176 lb-ft of peak torque can pull a 3,600-pound vehicle up a hill in low-traction conditions, given rudimentary passenger-car stability technology, as long as you keep your foot in it. What's more, the Outback rides on Yokohama Avid Ascend all season tires. Proper all-terrain rubber could only improve its off-road performance.

On the road, the Outback continues its run as a pleasing-to-drive, if not particularly sporty, hauler. Its combination of ride quality and handling, thanks to well-tuned dampers and a low center of gravity relative to other SUVs, is still among the best in its class. Subaru claims to have made some improvements to noise, vibration, and harshness (NVH), and while we didn't break out the dB meter, we did note a quiet ride will little tire roar or wind buffeting noises. The Outback has always felt more like a premium vehicle than its positioning would suggest, and the latest model continues, and even improves on, that well-hewn ethos.

All told, the 2020 Outback keeps steadily to the model's long-held mission. That is, to deliver a unique combination of usability, comfort, and light-adventure capability in a package that maximizes interior space for human beings and the stuff they have, even if it means taking fewer friends along. The new Outback's incremental improvements—fuel efficiency, interior design, infotainment tech—are right in line with competitors both inside and outside Subaru's own brand. Relevancy is a good thing, especially when you're the top dog in an increasingly crowded yard. 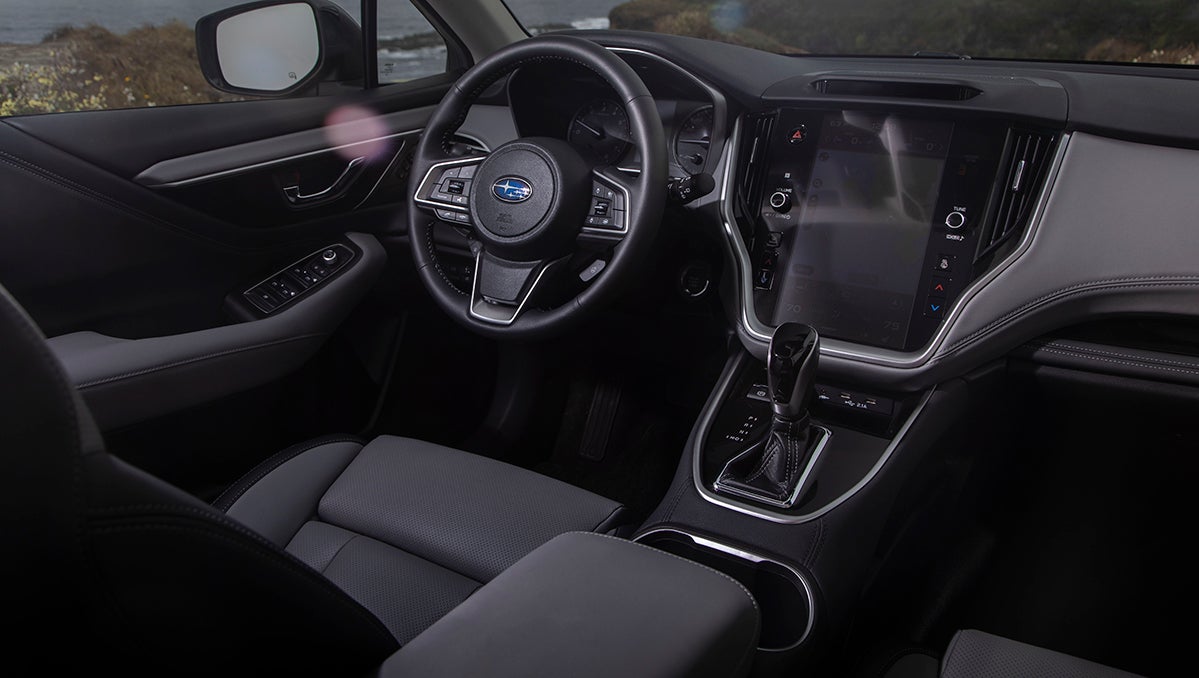 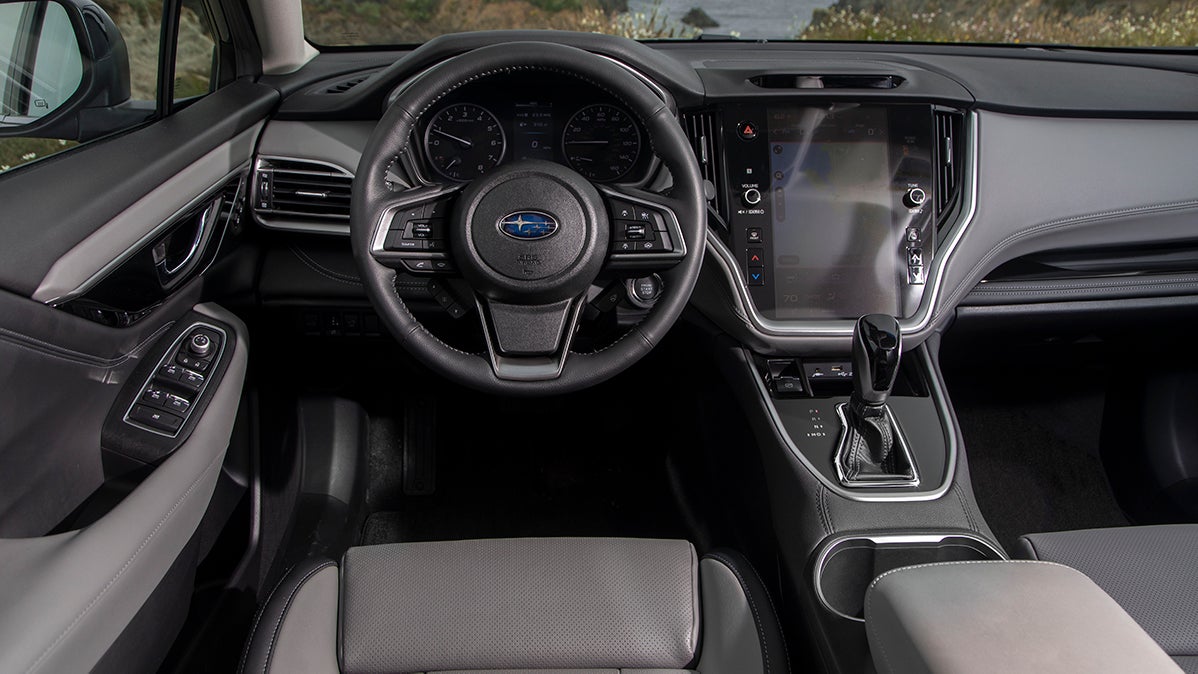 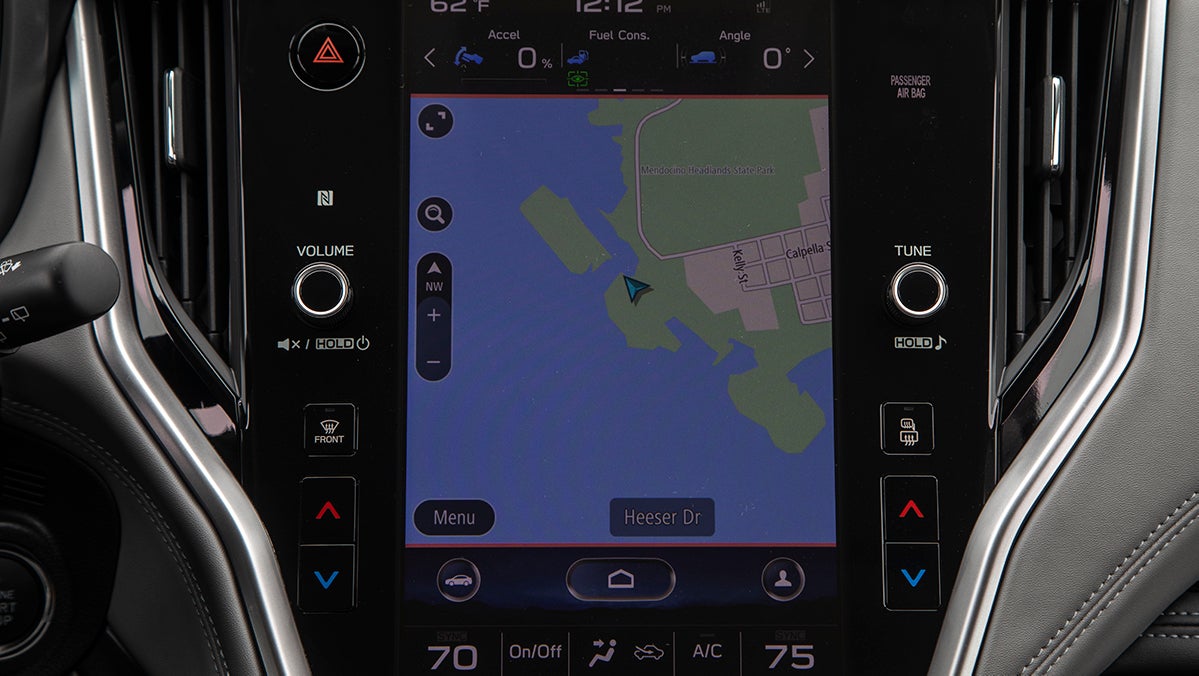 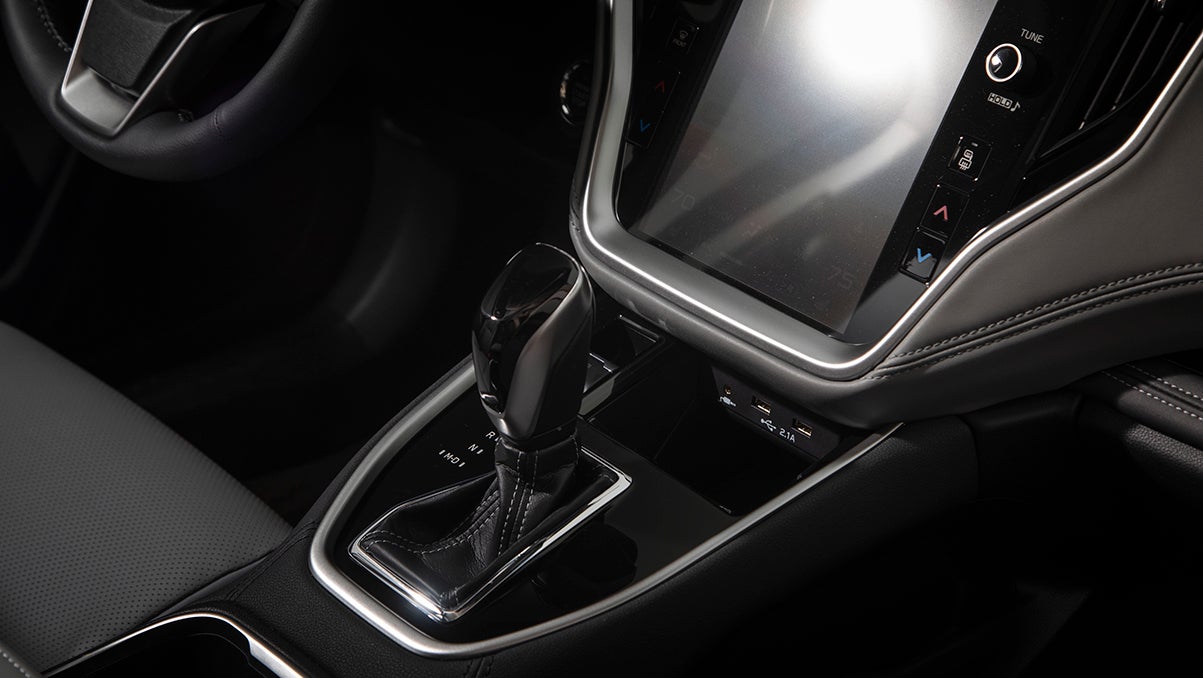 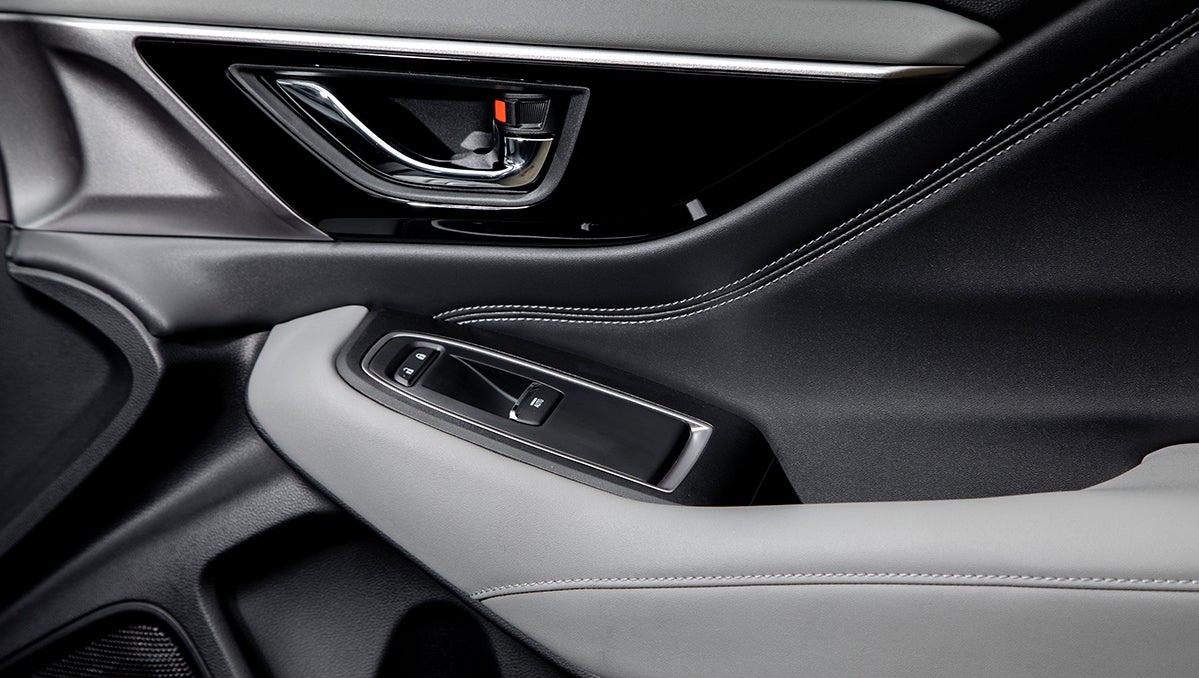 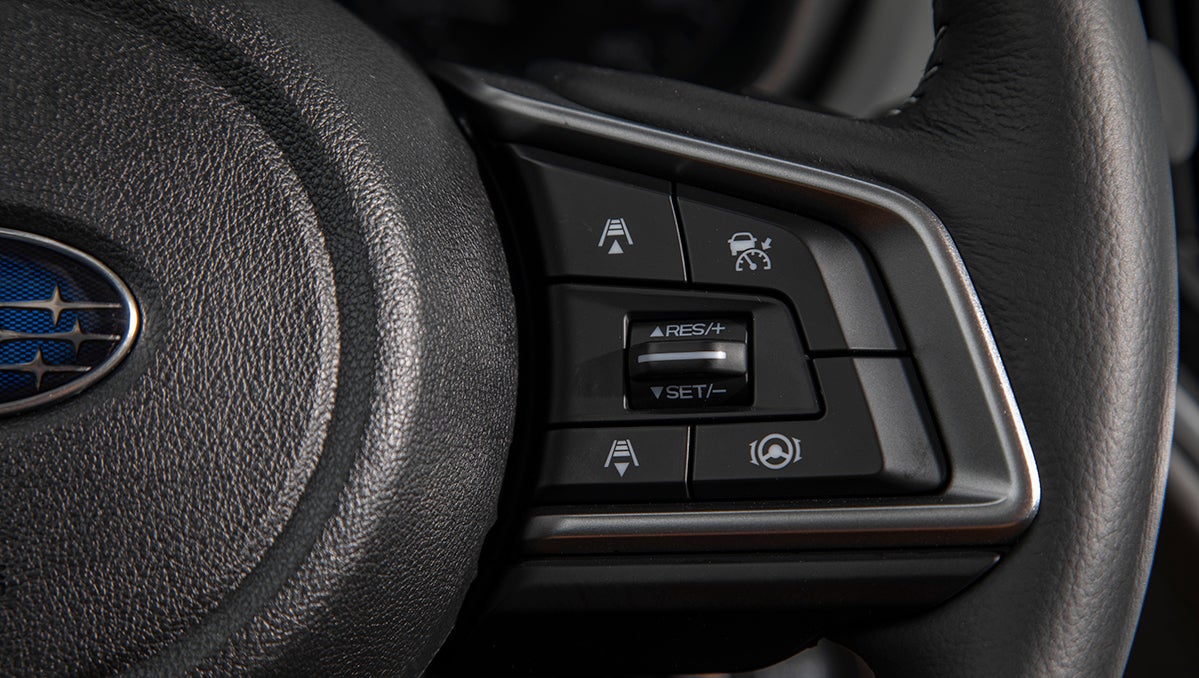