Your Questions About the 2020 Subaru Outback, Answered

Do the rear seats fold fully flat? How’s the auto-braking? What about real-world gas mileage? Here are the answers you asked for. 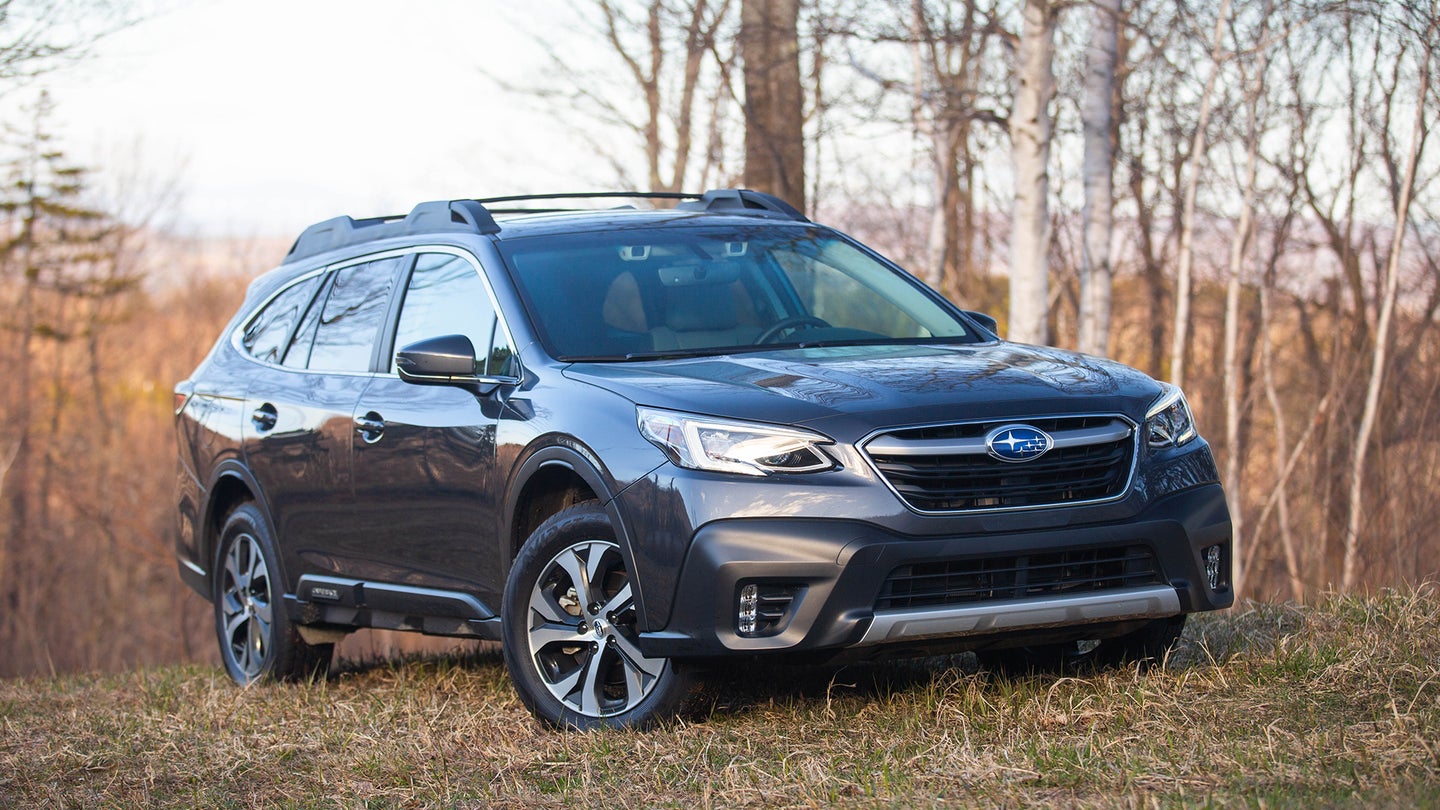 The 2020 Subaru Outback is a nice car! Especially when it's in the Limited XT trim and fitted with the peppier turbocharged boxer four-cylinder engine. You should read our review—but in the meantime, let's get to answering some of those questions you so kindly dropped into the comments of my AMA prompt.

As a quick recap, the Outback was a wonderful long-distance commuter, albeit rather loud at higher speeds. It did the mild off-road stuff quite well and the more powerful engine was eager off the line. The CVT's presence is barely noticeable if you just drive on highways and around town, but ask it to do anything more athletic than that and it feels out of its element.

I did my best to answer what I could in the review, but I thought I'd also take the time to address some of your queries here. So without further ado, here are a few responses to the rest of the questions you guys asked.

Averaged out, I got 25.6 mpg. Pretty spot-on with the EPA's estimates!

The answer is: Ish! They fold down flat-ish. It's not a perfect, 180-degree plane, but it's pretty close.

Q: Can you easily turn off the goofy engine "start/stop" or does it still make you go through menus every single time you start the car? — wafflesnfalafel

Yes! As another commenter pointed out, it's a button on the main touchscreen, so it's not hidden anywhere. But I'm glad start/stop got brought up because there's something else to mention here: the Outback had the most aggressive start/stop function of any car I've ever tested.

There I was, sitting at a red light with the engine off. Then it turned green, as traffic lights do. I took my foot off the brake and when the engine started up again, it shook the entire front of the car. I'm not talking like a gentle rumble. It was forceful, man, and actually rattled me a bit the first time it happened. Not even some of the bigger V8s I've driven shook me in such a manner.

Again, this is something you'd probably get used to. But it was definitely noticeable during the first hour or so of driving around.

Q: Have you tried the auto braking? — Jacke Blackstone

The adaptive cruise control was very nice! I never fully trust these advanced driver-assist systems (I keep my foot sort of hovering nearby over the brake pedal) but the one in the Subaru was quite smooth. Like in many other cars, you can set the follow distance and the car will keep to it depending on the speed.

On the highway, it left plenty of room between myself and the car in front of me. In traffic, it handled a 70-mph cruise down to a 30-mph slowdown seamlessly. It even did the 15-mph slow-crawl impressively, though when traffic came to a stop and got moving again, I had to press the accelerator as the car didn't seem like it wanted to resume driving by itself. I figure this was done as a safety feature; Subaru doesn't want you to give full control over to the car in riskier situations like stop-and-go traffic.

Auto emergency braking is a tough thing to test safely under normal circumstances, but we're going to figure out ways to get you that data in the future.

And of course, the question you've all been waiting for. The short answer is yes, I definitely could have. Did I want to? Nope! I've already done it once before and I think I'm all set after that.

But for a five-foot-three person, the back of the Outback is a perfectly fine place to lie down for some rest. I'd recommend you put some padding down as it's a rather hard surface, but it's totally doable. If you're taller, take advance of that hypotenuse: Lie diagonally!

With 8.7 inches of ground clearance and standard all-wheel drive, the Subaru Outback is still a compelling buy.

And lots of orange accents.