With Volkswagen killing its Golf Sportwagen and Alltrack, that leaves even fewer options for long-roof fans. 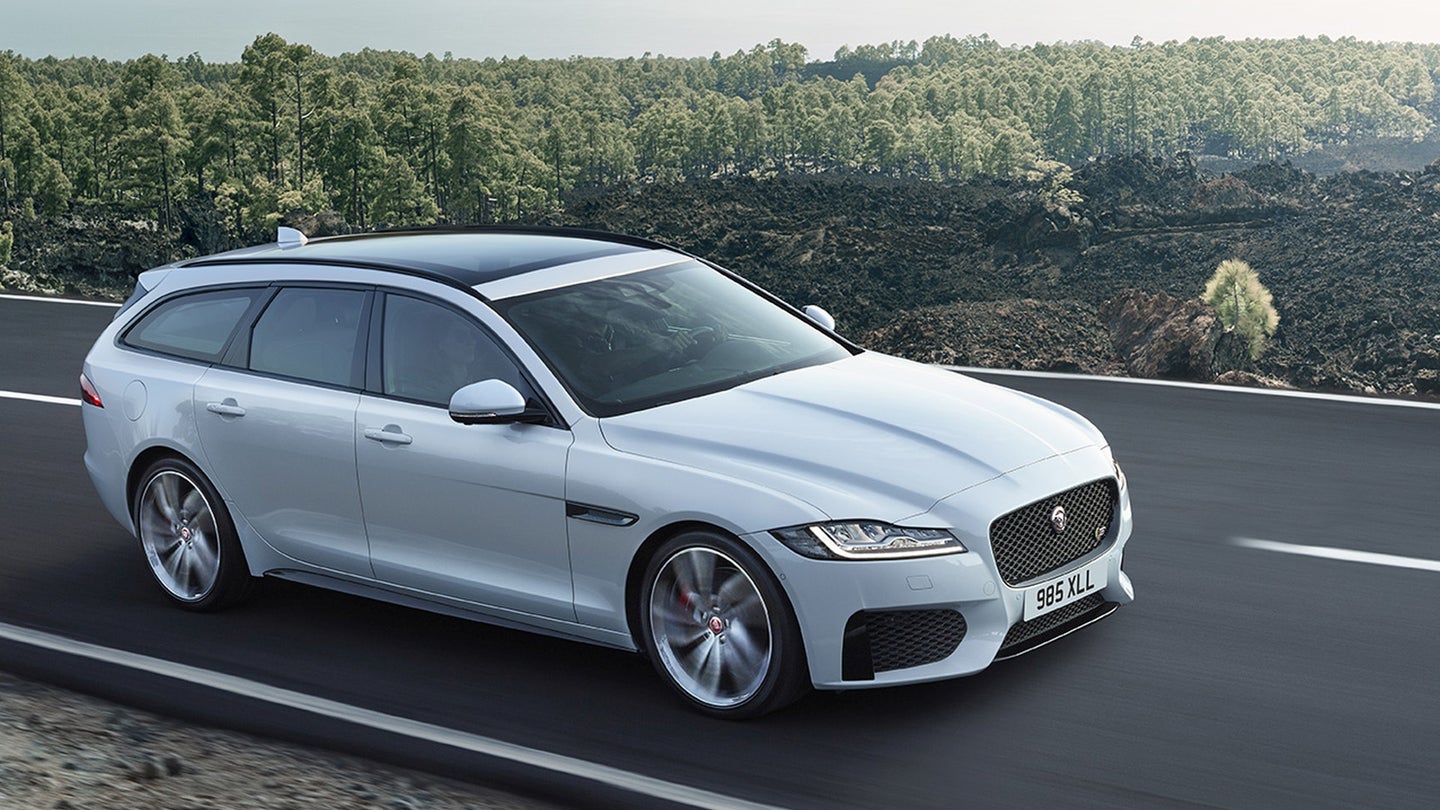 As we pour one out for the death of Volkswagen’s beloved Golf-based Sportwagen and Alltrack long-roofs, we're left wondering: what wagons are still left on sale here in the United States? As Americans continue embracing the SUV, the answer is—unsurprisingly—not many.

But what makes saying goodbye to Volkswagen’s offerings so difficult is the fact that there are two fewer vehicles to choose from that offer a great amount of space for a relatively small dollar amount. Now, if you want an inexpensive people-carrier that's not a minivan or tiny SUV, your choices are even more limited. Really, if you want a wagon at all, you’ll have to save up a decent amount of cash as most of the few remaining models on sale here in the U.S. find their homes in the premium market.

If you’ve also been dealing with this dilemma, don’t worry—we’ve done the work for you and put together a list of all the wagons you can still buy new in America today.

With the impending death of the Volkswagen duo, Mini's Clubman will take the reins as America’s smallest available wagon. It’s also America’s only long-roof available with a manual transmission. At a starting price of $24,900, it stands as one of the most affordable options for buyers who still crave that classic design and stellar practicality.

Subaru has a next-generation Outback just around the corner and it takes the spot as the second most affordable wagon available on U.S. soil with its base of $26,645. Not only is it a step up in price, but it’s also a significant jump in size—a welcomed addition, in this case.

Under the hood, you get a 2.5-liter naturally aspirated four-cylinder as standard; however, those looking for more go-power will have to dolly up a considerable amount of dough for the turbo-powered car, which tallies up the invoice to $35,905 thanks to other necessary equipment.

At $29,070, Buick’s Regal TourX starts at roughly the same price as a well-optioned Volkswagen Golf Alltrack. But it’s also nearly the same size as the Subaru and it takes the title as the only wagon available from an American automaker. Given its equipment levels and size, though, it begins to brush up against the luxury segment.

Volvo’s smallest wagon offering also happens to be one of its newest model additions, the V60. The handsome Swede continues the automaker’s rich history of long-roofs and does so in style.

Volvo is one of the few remaining automakers proving wagons are still relevant, but with its starting price of $39,650 for the T5 Momentum, that puts it well into the realm of premium and luxury markets.

With the Volkswagens on their way out, the Audi A4 Allroad is now even lonelier in the VW Group's stateside portfolio. Like the Outback, Regal TourX, and V60 Cross Country, it takes and runs with the lifted all-terrain wagon formula, albeit with the compact A4 platform. Being a premium offering, it obviously demands a premium price, starting at $45,700.

Out of all the automakers still offering wagons here in the states, Volvo is the only company that sells two. The V90's base model starts with the R-Design at $51,450, a fair bit steeper than the Mini at the beginning of this list. Like the V60 and in typical Volvo fashion, there’s a lifted Cross Country variant starting at $52,550 and an even nicer version of that called the Ocean Race Edition for $60,500.

Like Volvo, Mercedes-Benz has always maintained a dedicated audience thanks to its E-Class wagon, which is the longest-selling German long-roof in the United States. The company has sold a version of every E-Class generation in wagon form since the line was introduced here. Being a full-fledged luxo-barge, it’s also priced as such, starting at $64,200 for the base E450 4Matic. The E63 S AMG brings that up to an eye-watering $108,850; you do get your money’s worth, however, as it features the same 4.0-liter biturbo V8 as the AMG GT.

Although the Europeans call it a “shooting brake” because of its three doors, the Ferrari GTC4Lusso still counts as a wagon because of its long-roof construction. It’s pretty much peak wagon here with its V12 engine, all-wheel drive, and starting price of $301,000. There is a less powerful and cheaper version available with a twin-turbo 3.9-liter V8, however, for just $260,750.

Also on Its Way Out: 2019 Jaguar XF Sportbrake

Rumor has it that the Jaguar XF Sportbrake’s life expectancy is soon to be shortened, just like the outgoing Volkswagens. But Jaguar reportedly confirmed that it will remain on sale for at least the next year. It’ll cost you $65,150, making it the only direct competitor to the Mercedes-Benz E450 4Matic estate. If you have the funds and want an incredibly stylish wagon that’s not the Mercedes, better get yours fast before Jaguar pulls the plug.