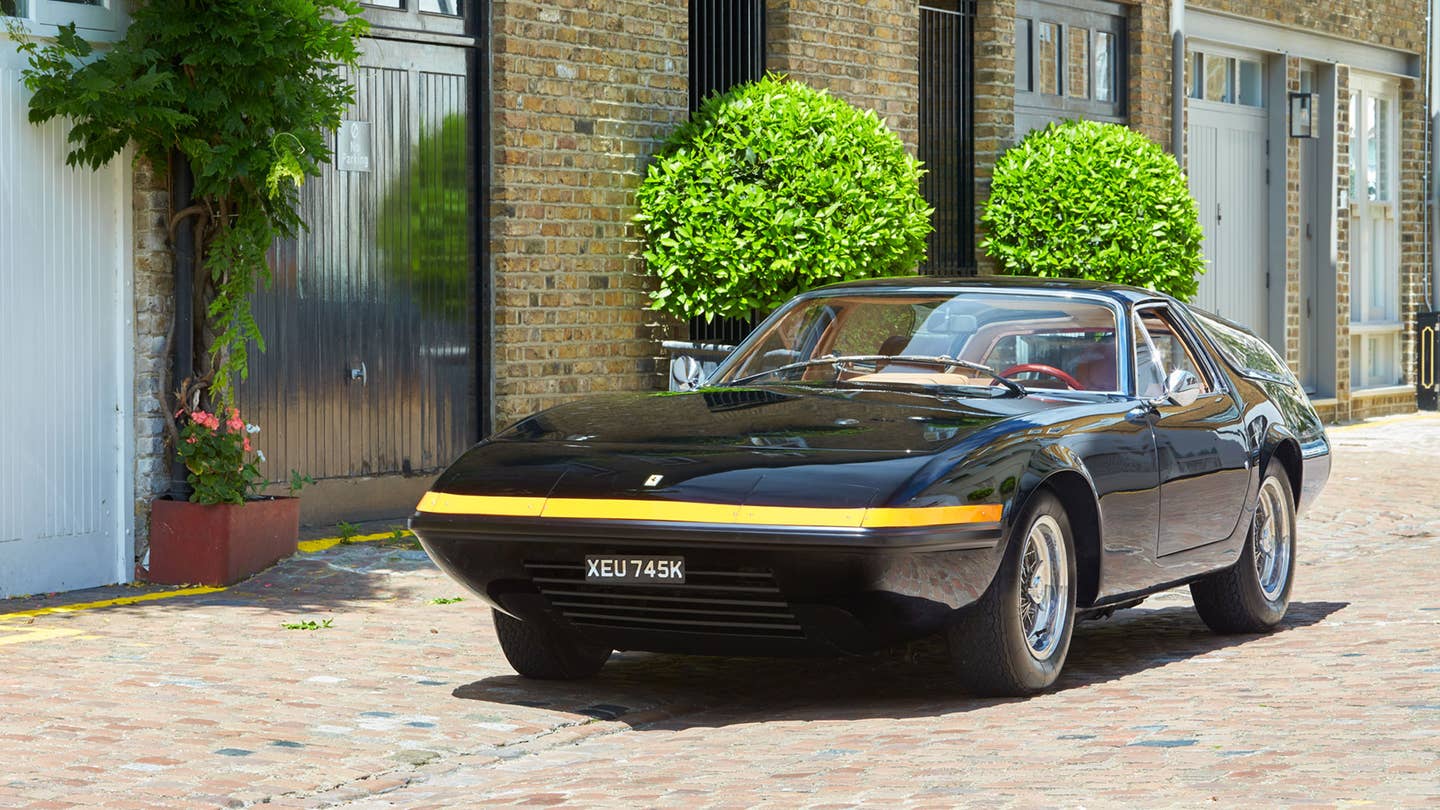 With the collector car market what it is, many auctions are filled with a pricy group of usual suspects, gathered under the wisdom of “Give the [rich] people what they want.” From Germany come Mercedes Gullwings, Pagoda SLs, 280SE 3.5 Coupes, Porsche 356s and 911 Turbos; from England, Jaguar E-Types and rare Rolls-Royces; from America, some lonely Shelby Cobras; from Italy, almost anything made before 1980 with a V12. Still, though every auction house loves a reliably-selling classic, most can be depended on to throw some fresh hemoglobin into a stale but beautiful blood sausage. Take Gooding and Co.’s upcoming auction at Pebble Beach. Alongside the expected 300SLs, Lamborghini Miuras and the odd Packard are 8 true oddities. Cars with wings, racecars and speedsters from long-dead marques—cars you’ve never heard of. Here are eight.

Marmon was an early sports-car maker than pioneered the V-type engine configuration—starting with a lowly V-2—that powers so many cars today. This car, found in the Fifties after four decades of neglect, has an enormous, 8.2-liter six-cylinder L-head engine making 70 horsepower. In 2006, it sold at auction for $616,000.

Born in a tunnel at the Turin Polytechnic University, “La Principessa” might still be the closest thing the world has seen to a flying car—it seems to levitate, its tires hidden in shadow. The car was built with an ultra-low .20 drag coefficient in order to break long-distance, high-speed records, ultimately taking nine, including 72 hours at an average speed of 116 mph, and 10,000 km at 118.7 mph.

Like the Abarth, this Cisitalia was purpose built for the prestigious Coupe Mille Miglia, with mechanical underpinnings from the standard Cisitalia 202 and wild bodywork Giovanni Savonuzzi. Is it the italian Batmobile?

The Custom Cabriolet: Because the standard fenders on a ‘48 Cadillac aren’t ludicrous enough. With coachwork by Saoutchik, this Cadillac ups every weapon in the mid-century luxury barge arsenal, with more chrome, brighter two-tone paint and curves pushed towards the point of cartoonishness.

Do the classic Porsche 356’s lines need hot-rodding? Probably not, but that didn’t keep Dean Jeffries from modifying the Bathtub’s nose. It’s not for everyone.

Four-seat convertibles are almost always elegant affairs, from the W124 Mercedes E-Class Cabrio up to the Bentley Azure. But four doors? That hurts proportions in a big way. In combination with this early-Seventies Rolls’ stodgy face, this V1 will have to prove that its easy-ingress overcomes its aesthetic troubles.

With due respect to the Volvo and Mercedes wagons we know and love, this Ferrari Daytona “wagon” wins the beauty contest once, twice, thrice-over. With the same 352 horsepower as the coupe, this one-off coupe has more than enough thoroughbred oomph to liquefy whatever dog you place in the back.

Surely, when you think “Maserati Race Car,” you think of the Birdcage, not a Nineties spec-racer based on an unsuccessful, wedgy coupe. Though the series is long-over, the ‘95 Ghibli Open Cup provides one of the cheapest ways to get into a Maserati race car. You know, while you’re saving up for an Maserati MC12 Corsa.