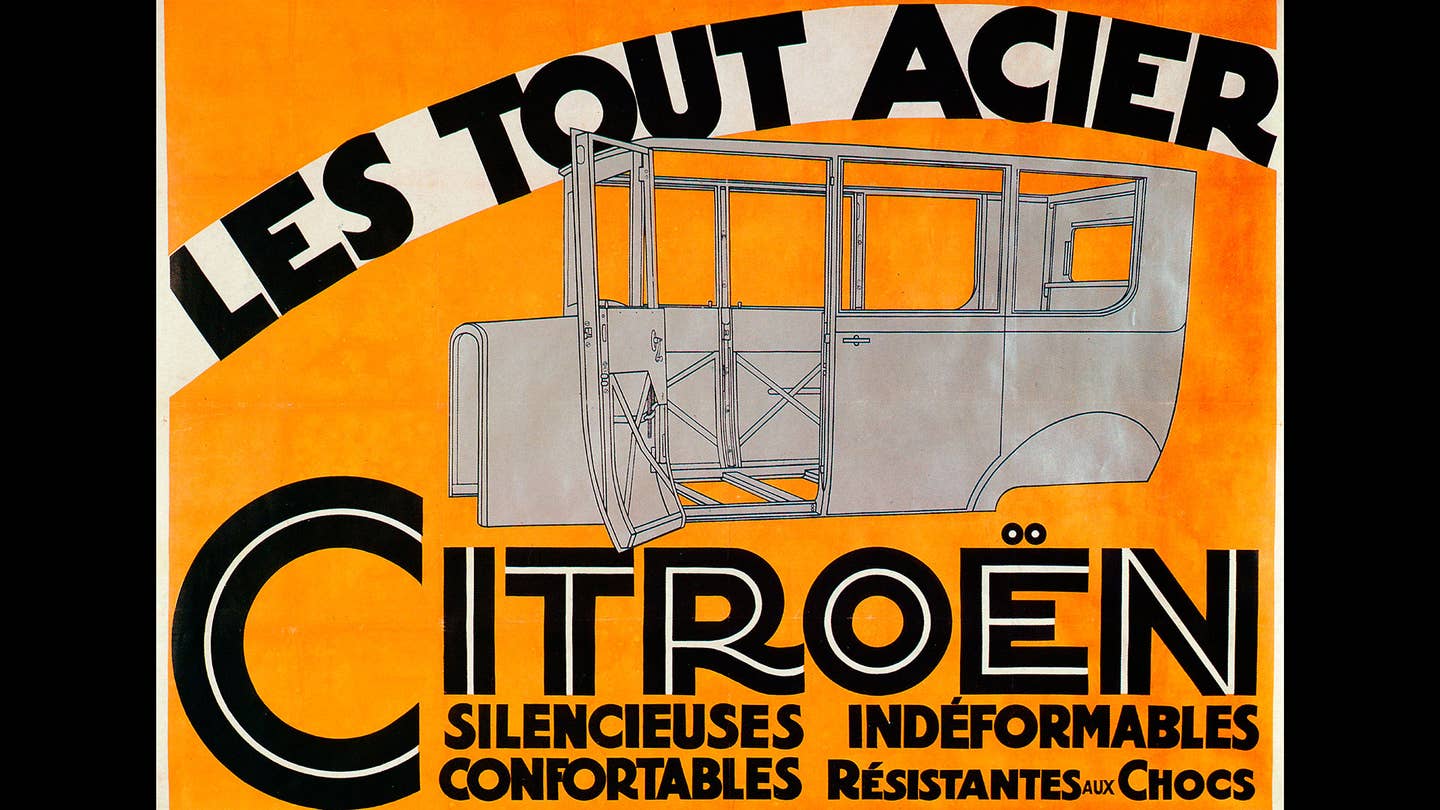 Almost without a doubt, the material of the moment is carbon fiber. Every supercar worth its parking spot outside Harrods—worth its reckless endangerment citation on a Beverly Hills cul-de-sac—has a stiff, light carbon fiber tub. Porsche 918 Spyder? McLaren P1? Ferrari LaFerrari! Alfa Romeo 4C? Check, check, check and, yes, check. Lexus, when it was building its hardcore LFA, even built a carbon-fiber loom to seamlessly build pillars, seats and other parts. (Considering Toyota began as a loom manufacturer, we gather it’s a slick piece of machinery.)

Carbon fiber, in its tensile strength, lightness and futuristic look, is so cool that automakers are always scheming on ways to show the composite in their cars. Volvo, to allude to the carbon fiber suspension parts on its V60 Polestar, trims the interior of that station wagon with carbon fiber; the mostly CF BMW i8 goes so far as to leave some panels of the stuff peeking through the bodywork.

This 1924 poster from Citroën recalls an era when good old steel was the hot feature. Then, the company advertised its all-steel cars as silent, comfortable, uncrushable and resistant to shocks. Those claims are all true to a degree, but Citroën left out steel’s one major advantage, beyond price, over the as-yet-uninvented carbon fiber: Repairability.

Trying taking a hammer to a dented carbon panel, and see what happens. We’re all for the future, but for dentability, you can’t beat cold, hard steel.