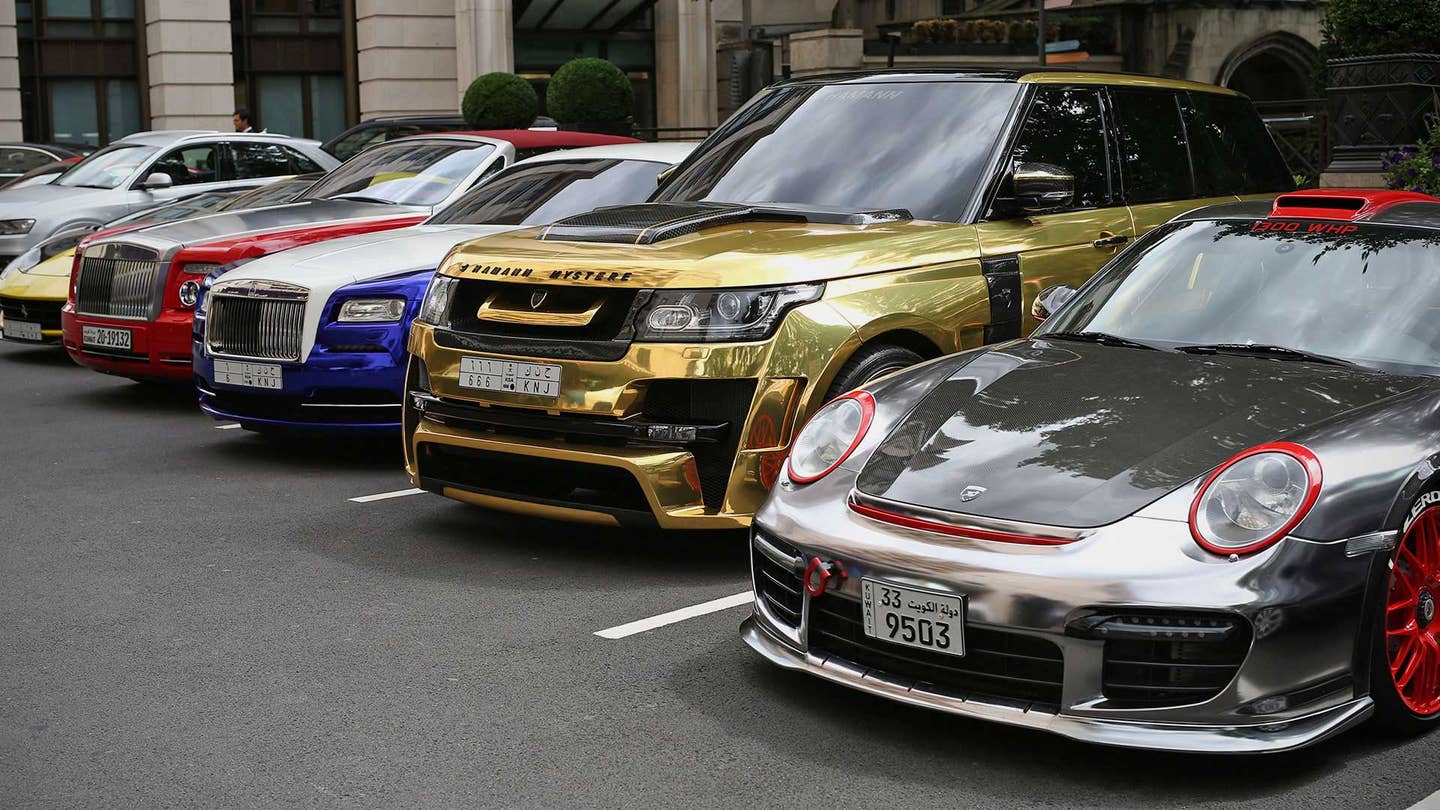 The leading candidate for the Republican presidential nomination wants you to be afraid of London. Parts of it, Donald Trump says, “are so radicalised that the police are afraid for their own lives.”

We have news for His Hairness: London has always been pretty damn radical. Have you seen central London in high summer? Donald, your people—well-funded men from powerful families, brazenly displaying their wealth and disregard for Western conventions—are here in droves. They drive Paganis. Porsches. Ferraris. Gold-wrapped Range Rovers and crystal-encrusted Mercedes. They are men after your Lamborghini Diablo VT-loving heart. And they are, by and large, the Muslims that you so callously spurn.

Donald, by your own admission, you are loud. You know who else is? Your hypercar-piloting peers in central London. The borough of Kensington and Chelsea, one of the wealthiest burghs in all of Europe, is enacting a Public Space Protection Order(PSPO) to combat the “excessive level of noise, nuisance, annoyance, danger or risk of harm or injury,” according to The Telegraph, brought on by 600-plus-horsepower exhaust bleats. “They often have a lot of money from home and they don’t know what to do with it,” said one local of the well-to-do arrivistes.

Donald, these are your people. They’d probably vote for you, if your hypothetical administration allowed them to bring their cars and money into America.

If President Trump is not banned from entering the United Kingdom, perhaps he will one day embrace these brazen scions of real estate magnates, financiers, casino developers and industrialists. Then, and perhaps only then, will he score the international-diplomacy win that has eluded him to date. Local London councillor Quentin Marshall says these young men “make a very loud noise?” Well, let them bring the noise, councillor! President Trump is in town, and he’s not paying that damn congestion charge, either!