Nothing can melt Post's chill, not even buying a new car. 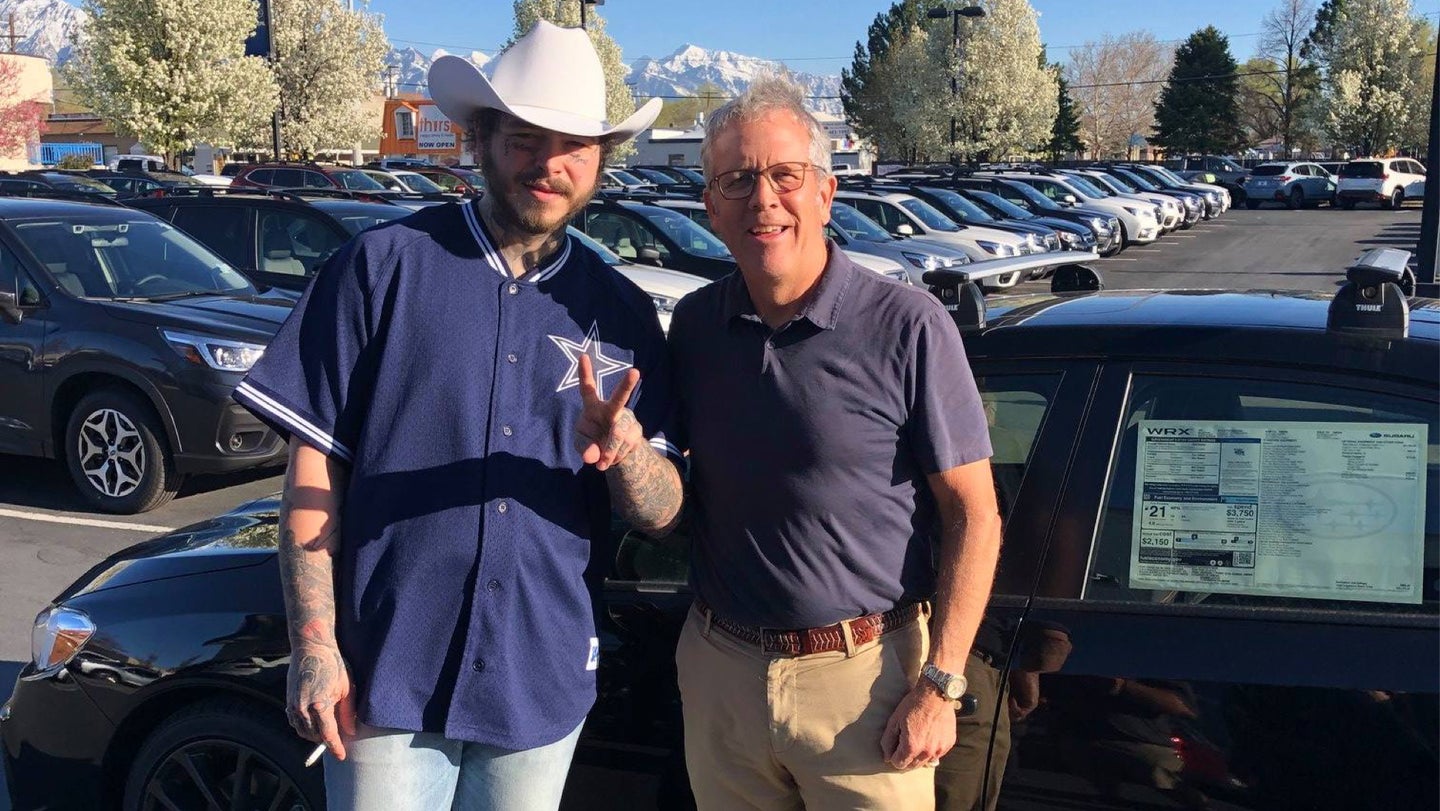 Mr. Beerbongs and Bentleys himself Post Malone recently picked up a less flashy car than you might expect from a Salt Lake City Subaru dealership: a new WRX. He didn't pull any celebrity tricks to swoop in and out of a side door and stay out of the limelight, though. He hung out at Nate Wade Subaru for a while, signing autographs and posing for photos with fans.

Say what you want about Post's radio-friendly earworms, but it's hard to hate on a guy like this. Post made the rounds to meet the staff and hung around for a while on his own accord, according to whoever manages the Nate Wade Subaru page on Facebook.

Post even assumed the usual car-show squat in front of a few parked cars with fans at the dealership—even the Evo driver. My Mitsubishi-driving self would not dare deflate this man's chill with decades-old rally beefs here.

As for Post's new ride, the dealership didn't go into too many specifics, but they did note that that Post went for the CVT.

"He doesn’t drive manual so he wanted the WRX!" the dealership commented.

Either way, it's not fair to bag on the enthusiast cred of someone who owns such vehicles as a Hennessey VelociRaptor 6x6 and a Rolls-Royce Phantom, the latter of which was a "funner" replacement for his crashed Wraith, per the man himself. Still, someone should take a manual car up to the wide-open spaces of Utah and offer to help Post learn how to drive with three pedals, though, as that would open up so many other fun cars to enjoy.

Post Malone bought a home in northern Utah last year, according to local station KUTV, and told Rolling Stone that he was excited about all the "cowboy shit" he could do there.