Time-lapse appears to show the car navigating San Francisco under its own guidance. 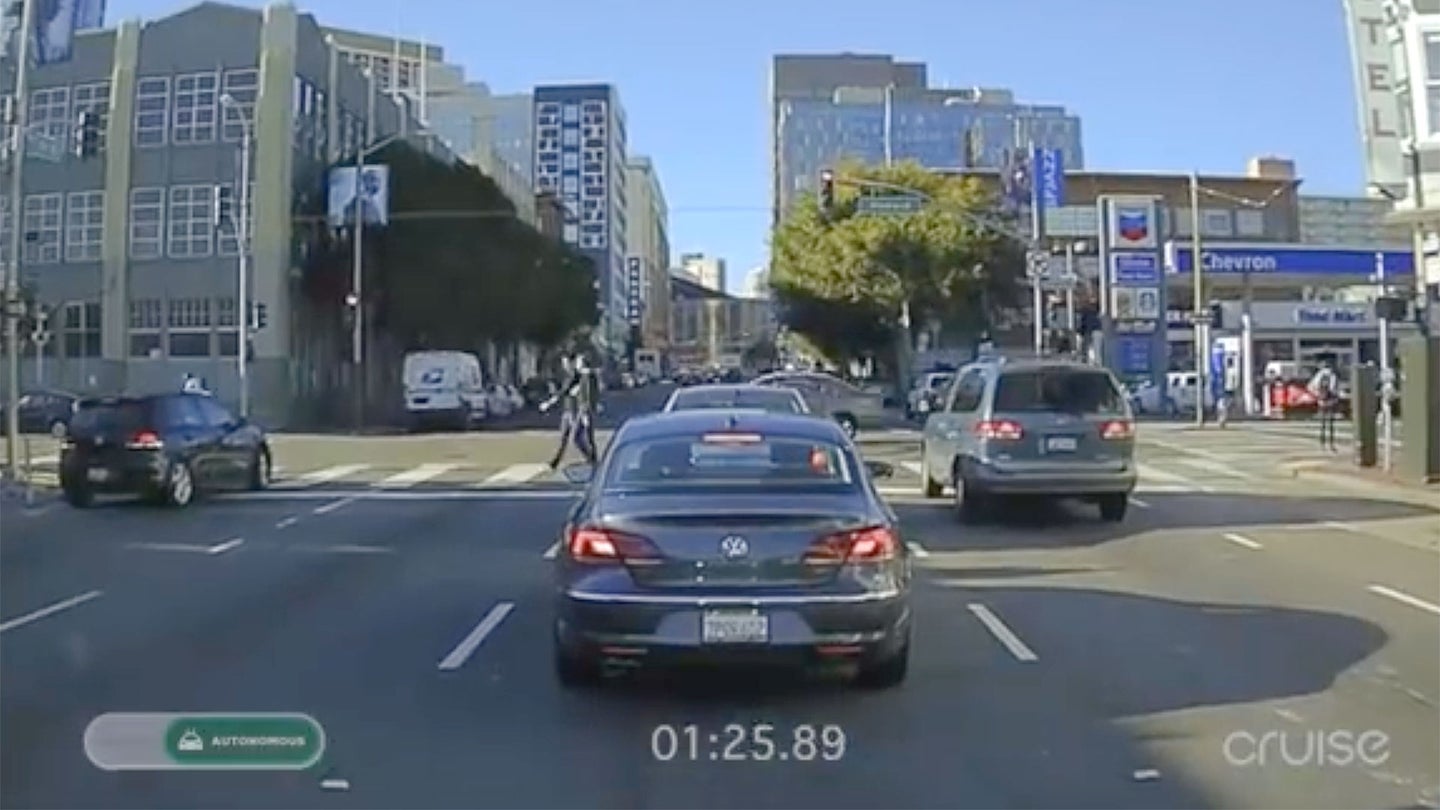 Between its endless hills, tight streets, heavy traffic, and proximity to Silicon Valley, San Francisco presents a prime place for companies developing self-driving cars  to test vehicles there. And while the likes of Uber, Tesla, and Waymo may grab most of the headlines when it comes to Bay Area autonomy, General Motors's Cruise Automation division is also testing vehicles in and around Frisco. And it may be coming along really well.

A video posted to Cruise Automation's YouTube page shows a silent 20-plus-minute time-lapse of a car zipping through the streets of San Francisco with all the skill of a fleshy human driver. According to the company, the car—we can't see any of the body, but it's presumably one of the Chevy Bolts that have been seen outfitted with self-driving hardware in the area—operated autonomously the entire time. The car, according to the company, was dispatched using the Cruise mobile app, which a GM spokesperson told The Verge is used by developers to set pick-up and drop-off points for passengers in the prototype vehicles.

Interestingly enough, in a tweet, Cruise head Kyle Vogt said General Motors president Dan Ammann was in the car during this autonomous jaunt through the city. Ammann has been a vocal booster of self-driving cars; GM's decision to buy Cruise for $1 billion last year came about under his watch, and he's spoken often about how he views autonomous vehicles as an opportunity for the company, especially in conjunction with ride-hailing and ride-sharing services.

Now, we don't actually know for sure that the car was driving itself, but it certainly seems likely—consider the way it seems to pause and think in order to deal with the unexpected, such as double-parked vehicles. If this is indeed a demonstration of where GM's self-driving efforts currently stand, we wouldn't be surprised if we started hearing a whole lot more about them in the near future.