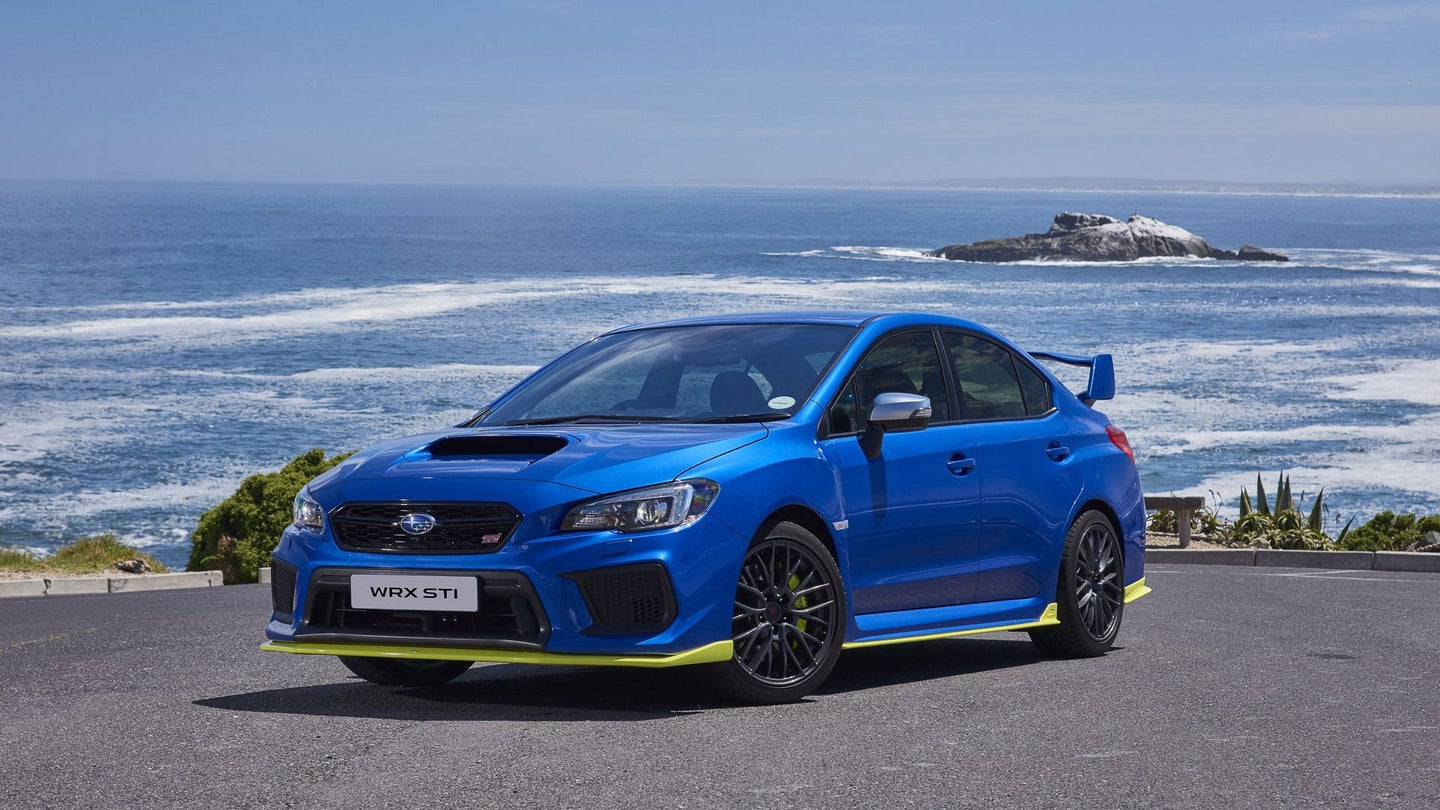 The Diamond Edition follows the path established by the WRX STI STImulating Edition, which celebrated the division's 15th anniversary with a special run of 15 cars. Thus, the 30th-anniversary Diamond Edition will be limited to just 30 cars, each of them faster and flashier than a run-of-the-mill WRX STI.

Its 2.5-liter turbocharged flat-four engine dumps 349 horsepower (260 kilowatts) and 342 pound-feet (464 newton-meters) of torque through the car's all-wheel-drive system, good for a 0-to-60 time of five seconds flat, or three-quarters of a second quicker than the standard STI. It's also good for a top speed of 158 mph (255 kph).

With all that go, you'll need an equal ability to stop, which its Brembo brakes will have no trouble accomplishing. Six-piston front calipers and two-piston rears dressed in radioactive yellow hide out beneath 18-inch alloy wheels, which poke out further than those of the normal STI courtesy of 20-millimeter spacers. Diamond Edition cars also get a standard STI engine bay chassis brace to sharpen handling.

Subaru isn't comfortable letting you buy a special-edition WRX STI without making it obvious to everyone that you're driving something special, so it's adorned the Diamond Edition with plenty of trim in a yellow that would make a banana jealous. Rendered in this color is the car's splitter, side skirts, part of its diffuser, and of course, the aforementioned brake calipers.

Want a WRX STI Diamond Edition? Subaru has three requirements: customers must get in line by reserving a car through a form on the model's website; they must live in South Africa; and they must have 799,000 South African ZAR, the equivalent of just over $56,000 USD. Even the most expensive STI sold stateside—the WRX STI Type RA—doesn't quite leap the $50,000 hurdle.

The 349-hp Diamond Edition isn't anticipated to be the most powerful variant of this generation's car, though. Japan will get another limited run of the WRX STI called the TC 380, which will strap on a bigger turbocharger and is expected to produce up to 380 ponies. With the next generation of WRX believed to be on the way in 2020, Subaru will milk the current platform dry before starting the cycle anew.